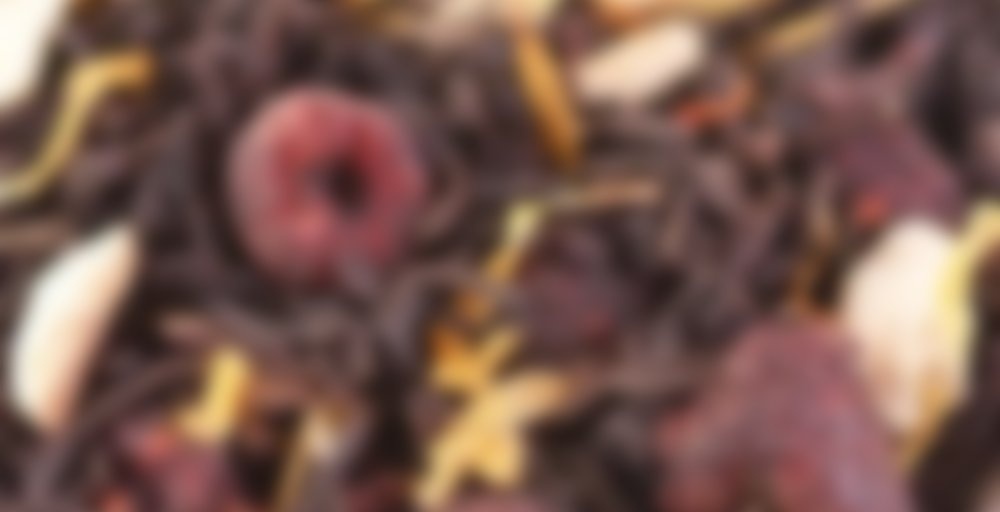 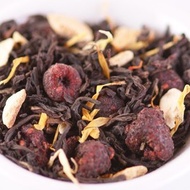 by Ovation Teas
76
You

A sample from KittyLovesTea. On first sip, this one reminded me a little of 52 Teas Rainbow Sherbet. I’m guessing it’s the fruit flavours and almost-acidity, but there’s something of the same “fizziness” about them, paired with the black tea base. The lemon comes over most clearly here, perhaps understandably, but is followed by a slightly bittersweet, tart raspberry flavour. Both come across very naturally — nothing artificial or fake tasting here! I’ve enjoyed three cups of this from my sample over the past few days, and like it equally well with or without milk. It’s a fruity, slightly acidic tasting black tea, clearly flavoured and very enjoyable. Thanks to KittyLovesTea for sharing this with me!

This is a little bit too lemon for me, but the raspberry is very nice! I kinda wish I’d cold-brewed it for Kelly, because this is basically his jam. Gonna resteep it later and see how that goes.

Mmmmm.. and with lemons added in? I bet that would be tasty.

I think my tea might have lost some of its flavoring as it is a few years old and I got it in a trade with someone who had it for who knows how long before that. So I find that while I can smell the lemon and raspberry (and it’s very nice) I’m not getting a lot in the flavour, particularly the raspberry. There is a bit of lemony tartness but mostly this blend just tastes like Ceylon tea.

Husband loves lemon flavoured things, so this one was a combination of something he loves (lemons) and something I love (berries). His lemon fixation has sort of rubbed off on me and I frequently find myself going for a lemon-y option if one is presented to me. So I nabbed this one out of the EU travelling teabox.

Unfortunately, though, he only found the combination pleasant but not awesome. Oh well. I tried, though.

Personally I found it really nice. I used to have a lemon tea and black currant tea, both from AC Perchs that I would mix half and half. I thought it was pretty awesome, but I tended to be the only person to think so. This blend is rather in the same sort of vein, so I’m feeling a little bit vindicated right now. It’s not just me!

As mentioned, I’ve enjoyed this cup. I find the berry and the lemon in a pleasant balance with the base, and it leaves a sort of veeeery slightly astringent feeling on the tongue, just like when one has been eating something with lemon juice on it. Considering that this is a lemon-y tea, I consider that a really great touch.

Apart from this, I’m afraid I haven’t been paying too much attention to it, as it got caught up in writing the moving notice for our current landlord, trying to work out what we could expect to have to pay for a painter to whack a fresh coat of paint on the walls after we’ve moved (the alternative is doing it ourselves, and as I’ve never painted a wall in my life… I’d rather start my painting career on something that is mine you know) and general house-excitement.

Painting walls isn’t that hard and it’s actually pretty fun and meditative. Unless you have a LOT of walls to paint and then it can get boring and physically tiring.

Luckily we didn’t have to do it at our old place. I was uncertain because I saw that the guy that lived below us did it himself when he moved out, but Landlord then told me that it was our own choice of whether we would do it ourselves or have him get a painter in. Guy Below had done it himself to save money. We decided to skip it in the new place. It doesn’t show a bit here and there, but once Husband removed all the screws and nails from the wall and filled the holes it wasn’t too bad. Not at all anything urgent. Besides we really just wanted to move in as soon as possible and not add another couple of weeks to the wait.

I am going to slap on a fresh coat in my new place—probably this weekend so that the fumes will clear out by the time I sleep there, in April. It’s actually somewhat fun to do—but probably more so when you will be the beneficiary of the work. I also get to choose the colors.

Yeah, I figured that was another good reason to not paint immediately. We might decide on something coloured. Standard paint job in Denmark is white. When you take over a flat, it’ll have been painted white, and if you are selling your house and have very colourful walls, you are encouraged to paint them white as it’s easier for a potential buyer to imagine their favourite colour on a white wall than on a bright red one.