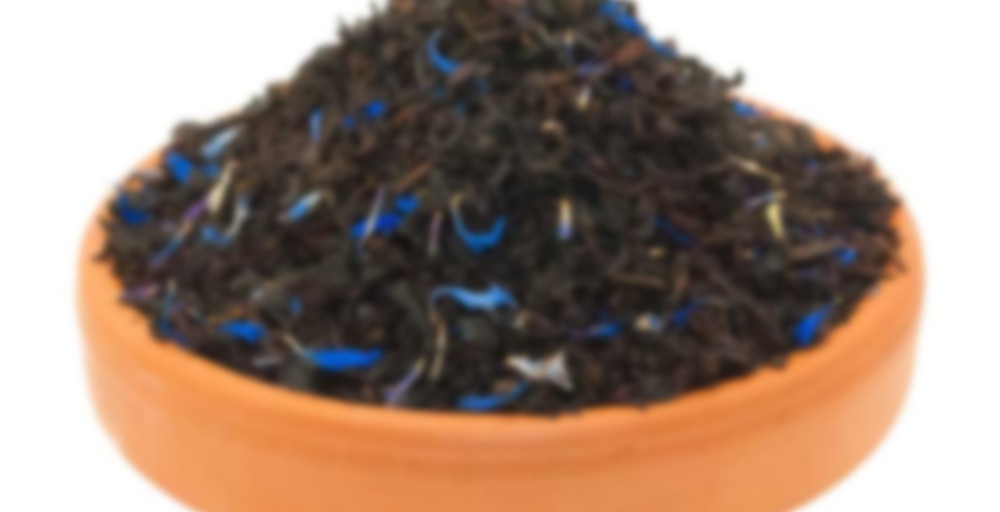 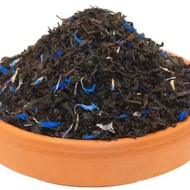 by Simple Loose Leaf
79
You

Our very popular Earl Grey blend of citrus bergamot over an extraordinary Nilgiri Black Tea with the added indulgence of Vanilla. This mouthwatering combination is the perfect invigorating treat. For the famed “London Fog” effect, add steamed milk and enjoy a smooth and creamy delight.

I have been awake since 3:00 am. I wanted, no I need, black tea this morning but I didn’t want to open a new package. I have a zillion open right now. Couldn’t find a straight black open. So I decided Earl Grey. I have at least 6 Earl Greys including green, white, creme, mint, etc, but I don’t seem to have a single straight EG. How did that happen? I can’t justify another purchase right now. Well, I could but the wife would give me the look – you all know what I’m talking about, you’ve seen it from your loved ones. So I’m having Lady Earl Grey today. Wonderfully smooth Nilgiri base and creamy vanilla. I do wish the bergamot was a little more front and center and the vanilla less so. A good cup none the less.

Many thanks to Andrew at Simple Loose Leaf who provided me with a $50 credit to use towards their subscription service. This was the first tea that I was sent in my six month plan.

My first cup of tea was prepared at 208°F (3m), which is one of the preset temperatures on my water boiler. Initially I found the tea to be overly astringent while hot, much more so than I care to drink. I let the tea cool to room temperature and the astringency disappeared, leaving me with a nice strong cup of Earl Grey with a hint of vanilla peaking through. This will be my chosen temperature for when I want to drink this tea either iced or at room temperature because once it cooled I was left with a great bold flavor that I enjoyed, but none of the astringency that I found while it was hot.

Seeing that 208°F left me with a more astringent cup that I preferred I decided to drop the temperature down to 205°F (3m) for my next cup. This left me with a nearly perfect cup of tea. It had a bold flavor, similar to my previous cup, followed up by a hint of vanilla and only the smallest bit of astringency.

Check out the full review on my blog
http://www.notstarvingyet.com/index/2013/10/8/tuesday-tea-lady-earl-grey-black-simple-loose-leaf.html

If you’re considering an order with Simple Loose Leaf use coupon code NSYSELECTION25 to receive 25% off.

Oooh, I have this one coming too. Thanks for the heads up. I’ll remember to cool the water a bit.

Wow. Can you say bergamot? I’m not sure where the lady was. I could smell her as the tea was steeping, but after that, it was all bergamot. Really, really, really strong bergamot.

As this one cooled off, I could kind of almost taste the vanilla, but not as much as I wanted to. It was just too bergamot for me.

I was thrilled to find Lady Earl Grey in the box from August (yes, that’s how far behind I am. But I’m going to get caught up. Yes, I will. And you, Sil … just don’t be smirking at me. I know you are. Just behave yourself. I will get caught up!)

Anyway … I was so happy to find this tea in the August Box! I figured that it was probably either a lavender or a rose infused bergamot tea, but when I opened the pouch, I could smell the vanilla. it’s a vanilla bergamot or a creme Earl Grey.

A really nice Earl Grey Creme. The bergamot is strong but the edgier notes of the bergamot have been softened by the vanilla. The combination of the malt notes from the tea and the vanilla create a soft, caramel-y note that is delectable. Creamy and smooth and yum!

Happy Sunday, y’all! I know it’s getting late, but now I’m finally caught up enough to do today’s Sunday Tea and Books!

The only other vanilla Earl Grey I’ve had was David’s Tea’s Cream of Earl Grey (Organic), and I have to admit that set the bar very high for this tea. What I really liked about David’s Tea’s version was that the vanilla of the flavouring melded with the chocolate notes of the base tea, and that the bergamot was very sutble.

In contrast, this tea is a disappointment. Holy CRAP is this tea bergamot-heavy. It’s quite sharp-tasting, and the vanilla shows up much more in the scent than the taste. The taste here is mostly bergamot, and it’s so strong that it becomes almost metallic.

I’ll be honest, I couldn’t finish the full 24 oz of tea I brewed, which is how much I normally brew of a single tea at a time. I got a little over halfway through and let the remainder cool, after which I just didn’t feel like drinking the rest and dumped the remainder over some flowers in the front lawn.

I really don’t know how much of this is due to the Nilgiri base, as I know that the one time I had a Nilgiri tea, the flavour was quite dark and earthy, but hoo boy, this tea really needs to lighten up.

Eh, I’m tired (hosting a garage sale all weekend can do that to a person), so I’m going to take the extremely literal route today, and say that since this tea is called Lady Earl Grey, it reminds me of The Grey Lady from the Harry Potter series.

And why not? This tea is sharp, and when the Grey Lady shows up in Book 7 to reveal the history of Ravenclaw’s diadem, she doesn’t come off looking very sympathetic. Her own sense of superiority when others ask her about the diadem’s whereabouts plays into this acerbic, sardonic persona. There’s no softness about her, just like the vanilla doesn’t contribute any of its expected softness to the tea.

I’m tired. That’s my story, and I’m sticking to it. If I were in a somewhat better state of being, I would tell you all about my friend’s late cat, also named Lady Grey, who was an absolutely sweet but absolutely dumb cuddle monster — but I’ll leave that for another day.

Where I live The Grey Lady is a ghost. She even has a webcam.

A ghost with a webcam? Do tell.

This tea had me a bit worried before I saw the ingredients, I thought it was a Lady Grey…a tea which I have a very reliable track record of disliking. Luckily this is not a Lady Grey, it is a Lady Earl Grey, made from Nilgiri Black Tea, Bergamot, Vanilla Flavor, and Cornflowers. It is one of those tasty creamy Earls that I tend to like. The aroma is very much so creamy sweet vanilla, bright bergamot, and malty black tea. Not very complex, but still very nice to sniff. The brewed tea is stronger in the citrus department, with the malt and sweet vanilla taking a backseat. And by taking a backseat I mean it sneaked off into the liquid, which is almost all creamy vanilla and malt.

The taste is not bad! It starts out brisk and lemony, just a touch of bitter like lemon pith, this very quickly passes. Afterwards we get a nice, creamy vanilla and malt taste, it is quite sweet. There is a tiny bit of a soapy quality, resident Earl Grey afficianado did not notice it, so your mileage may very on that one. I notice sometimes that teas with bergamot taste a tiny bit soapy to me, that is the only tea ingredient that has every tasted soapy. Earl Greys are not my favorite tea ever, but I still enjoy them ever so often, especially creamy sweet ones.

For blog and photos: http://ramblingbutterflythoughts.blogspot.com/2014/08/simple-loose-leaf-august-subscription.html

I’ve only had one variant of Earl Grey ever and that was Teavana’s Earl Grey Creme a couple years back. And the only vanilla tea I’ve drunk was from Bigelow . This one smells soooo good. Vanilla works incredibly well with bergamot. I smelled the leaves while they were steeping and thought, “I could go for some vanilla cupcakes now.” First I drank the tea straight. I tasted the base tea – malty, astringent – and bergamot flavoring more than the vanilla, which takes over in the aftertaste. With milk and sugar, the malt and bergamot disappear, so it’s like drinking plain vanilla-flavored tea. I like this tea both ways, but I just love the vanilla more. I need to save this for autumn. It’d be even more comforting then.

This one is a moderate to high flavored bergamont earl grey that is on the sweet side. I like the Nilgiri base as it adds a nice bold flavor with a smooth texture. Lady Earl Grey finishes with a sweet citrus cream note and a light astringency. I wished there was more creamy in this blend, but the wonderful base kind of makes up for it. I thought this was too pungently bergamont to be labelled Lady Earl grey, but as an earl grey it’s pretty good (for heavy bergamont lovers).

Full review of this tea (and the rest of my August Simple Loose Leaf box) on my blog, The Oolong Owl. http://oolongowl.com/august-simple-loose-leaf-selection-club/

I’ve switched from drinking coffee to drinking tea in the morning and my stomach is definitely a fan of this switch.

Earl Grey seems to be all I’m craving as the weather cools down. This one hits the spot. Plenty of bergamot and a bit of creaminess.