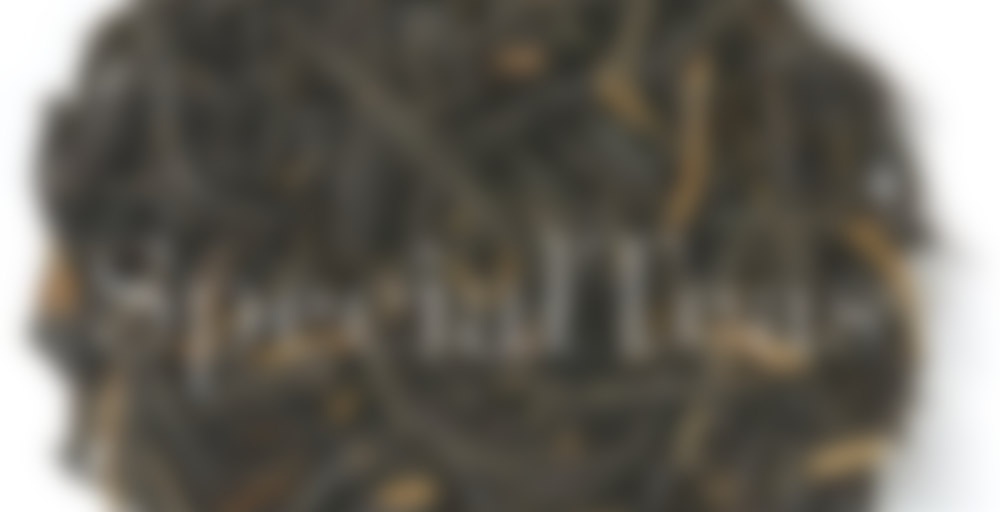 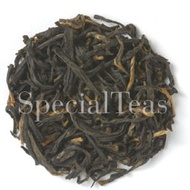 This Golden Monkey from the Chinese Fujian Province is a real treat. A sweet cocoa fragrance emerges from the bag and the leaves exhibit a color spectrum of dark brown to auburn. Our new harvest is much tippier than our last, adding to its complexity and depth. The liquor has the soft, rich sweetness of a bittersweet cocoa and imparts a savory lingering aftertaste. A very likeable, self standing tea, highly praised by many of our customers. There are many different qualities of Golden Monkey but only a few have the wonderful cocoa notes we admire.

Smells like cocoa biscuits. Or mocha-infused biscotti. There’s this toasty, malty mouthwatering scent. But there is a “dryness” too—like tea laced with a bit of sunbaked earth—terracotta.

The taste is surprisingly subtle and mild—I taste a bit of biscuit, cocoa and earth.

Pretty enjoyable—I think I love the scent overall. If anything, it makes me crave a plate of biscotti.

I’m digging into the enormous supply I received yesterday. After I was finished adding everything to the Steepster cupboard I was sort of sated on tea for the rest of the day, even though I’d only had the one cup of Lapsang. It was a bit daunting.

This one isn’t quite lucky pick, I just kept taking random stuff out of the B&B (Bits’n’Bops) Basket until I found something that interested me this morning. And no, I didn’t know it was a Fujian until after I had put the leaves in the pot and come in here to look it up for posting.

I’m not surprised that it was though, considering the heavy cocoa-y note the dry leaf aroma had. After steeping it’s stil there along with the familiar sweet grain note. This store has been closed now, but I suspect I shan’t miss this one too much when I’ve finished with it. I have a strong suspicion that I’m going to find it’s very similar to the Tan Yang that I like (♥). Maybe not quite the same, but close enough for jazz.

Ah yes, I was right. It’s very grainy and fruity sweet in flavour. Not so heavy on the cocoa here, but it’s still discernible. I wonder if, like the Tan Yang, this one will also have a tendnecy towards pseudo-smoky on the second steep?

This is really very good, and if it wasn’t for the fact that I had the Tan Yang I’d be crushed that I couldn’t have more of it. For those of you who used to drink this one but can’t anymore, seriously, consider visiting TeaSpring and giving some thought to the Tan Yang Te Ji.

This is a nice china black tea. I am not fond of really strong black teas such as Assam or Ceylons, and this is not one. Steeped at 4 mins it is a little stronger than a darjeeling second flush I have on hand. Has a good amount of golden and red leaves mix in with the black leaves. The tannins are quite low. It will not be an every day tea but I will drink it a few times a month. I am just not that big on black teas. I would like to add it makes a great iced tea.