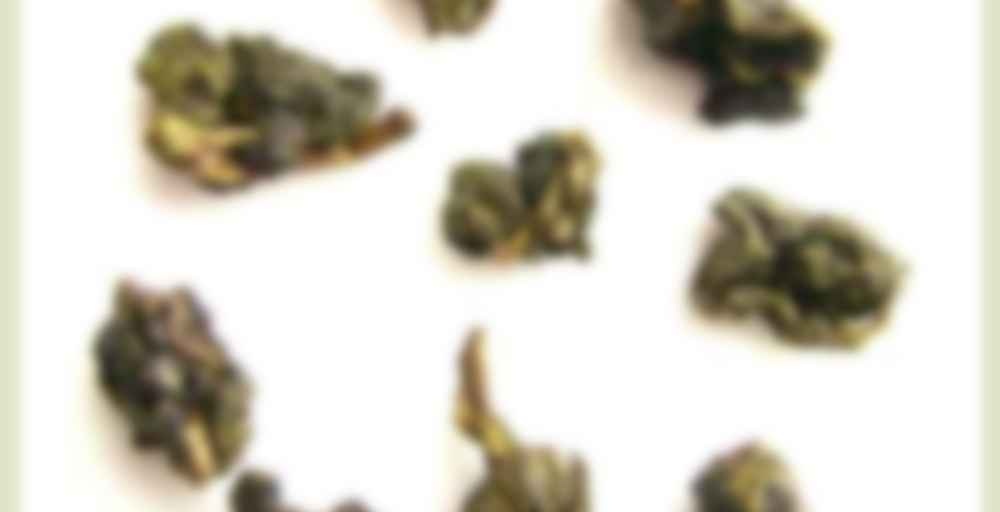 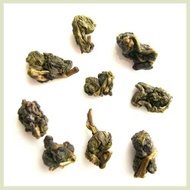 by Tea from Taiwan
81
You

From Tea from Taiwan

Da Yu Ling oolong tea (wu-long tea) is a premium-grade oolong tea from the Da Yu Ling area of Taiwan’s Taichung county. Its high altitude (more than 2600 meters) makes this one of the highest tea plantations in the world.

Da Yu Ling has a wonderful fragrance and taste. It is a lightly oxidized oolong tea with a refreshing palate that is sought after by the most demanding tea connoisseurs. Da Yu Ling is produced in limited quantities and is one of the most prized teas of Taiwan.

Da Yu Ling is located on Mount Li (Li Shan or Pear Mountain). The high elevation of this area causes the tea leaves to grow slowly and develop their smooth, rich flavor. To fully appreciate this fine oolong tea, it is recommended to brew it gong fu style.

About Tea from Taiwan View company

A tea I got from the Marco Polo TTB years ago. It was basically vacuum sealed in the bag so the quality of the tea didn’t really diminish as the years went by…

Poured the tea straight into my glass teapot and when the leaves unfurled, it looked AMAZING! And it tastes pretty great too :) Definitely getting some grassy/vegetal notes from this tea.

This was a good high mountain oolong though not the best representation of this highest grade Taiwanese tea. The dry leaf has the typical floral aromas of high mountain tea. I also smelled vanilla macarons, buttered beans, and hints of grass in the wet and dry leaf. The brewed tea has a flowery, nectar like sweetness with prominent notes of hyacinth and orange blossom. Pretty smooth through 8 steeps with some fruity hints of apricot and pina colada.

Though enjoyable, there was nothing about it that really stood out and tasted unique to me. It had the standard high mountain character and sweetness, but not much in the way of richness and texture. A nice Taiwanese oolong for sure, but not worth the price tag.

From the Lewis & Clark teabox a while ago… gradually making progress! Sadly, this oolong seems to be a good one, but the flavors are never distinct enough for me. It’s a tough one to figure out. The flavor stays pretty consistent throughout three steeps. The scent of the cup makes me think it will be a sweet oolong, but the flavor is a little savory. It seems to lie in the middle of sweet and savory though. A little buttery, salty, seaweed, but also fruity (maybe something mild like mango?) and sweet. Not as savory as some oolongs tend to be, but also not as sweet. Kind of disappointing… I’d rather it decides what it wants to be! Perhaps this one needs other steeping parameters though. Definitely never was over astringent… very smooth throughout.
Steep #1 // 1 1/2 tsps. // rinse // 8 min after boiling // 1 1/2 min steep
Steep #2 // 8 min after boiling // 2 1/2 min steep
Steep #3 // just boiled // 2 min

a Da Yu Ling that is not distinctive, that is incredibly tragic!

From the Lewis and Clark TTB.

Dry leaf aroma: initially floral and mineral, then fresh fruit such as persimmons, clementines, and Asian pears.
Wet leaf aroma: Much simpler, though not any less lovely. Sweet, buttery, mostly floral.
Liquor: Light yellow, clear, full-bodied, and smooth. The leaves unfurl sooner than I expected – during the first infusion -, allowing to pour forth flavorful sweet, floral notes, which are consistent throughout the session.

Sounds lovely… I am on their website contemplating an order :) Thanks for the descriptive review!

Okay, I admit it… I’ve been avoiding this one. I took a sample out of the TTB and now it’s been a week or something since I sent that off, but the little baggie was still sitting on my kitchen counter, conspicuously outside of my normal sipdown box. I just can’t get excited about green oolong, as I find they all taste basically the same to me. The only reason I took a sample of this one was that there was definitely enough of it for everyone to try, so why not? So anyway, here goes! Looks similar to other green oolongs, although my pellets are abnormally small because my sample was from the end of the package (this tea was in multiple small packets). Dry scent is the usual – peaches, cream, slightly vegetal note. I steeped it for 3 minutes at 200 degrees.

The aroma is actually a bit strong on the vegetal side, which makes me at least mildly excited to try this! I actually like this tea better than a lot of other oolongs I’ve tried. It has a fairly strong almost spinach/butternut squash-y vegetal note which is lovely and almost fools me into thinking it’s a green tea. But then that nice peach (definitely fresh peach) flavor pokes its head out and yells, “Hey Bozo, this is an oolong! Get your head out of the clouds!” There doesn’t seem to be much floral, which is a nice reprieve, and I’m not getting much of that creamy taste and texture either. I actually rather like this one! Who’da thunk it?

Edit: As this cools, it’s getting more and more floral. BLECK! :P

Honestly I was underwhelmed by this tea. A bit disappointing because I’ve had great Da Yu Ling in the past. At least the leaves looked really pretty!

I decided to do this one in my cute little clay teapot with my new tea tray and cup.

Boy, is my tummy sloshy now.

But that’s a good thing.

The first few infusions were a little minerally tasting, along with a touch floral, a touch green. Tasty.

Then it got even better. Sweet, floral, vegetal, no longer mineral. I was hoping for a creamy mouth feel, or buttery, but it never was really either of these.

It was just nice. Not overwhelming. Easy drinking.

I’m sure some of the flavor was stolen by the pot since it’s still really new, but that’s what happens with new clay. Someday, it will give back.