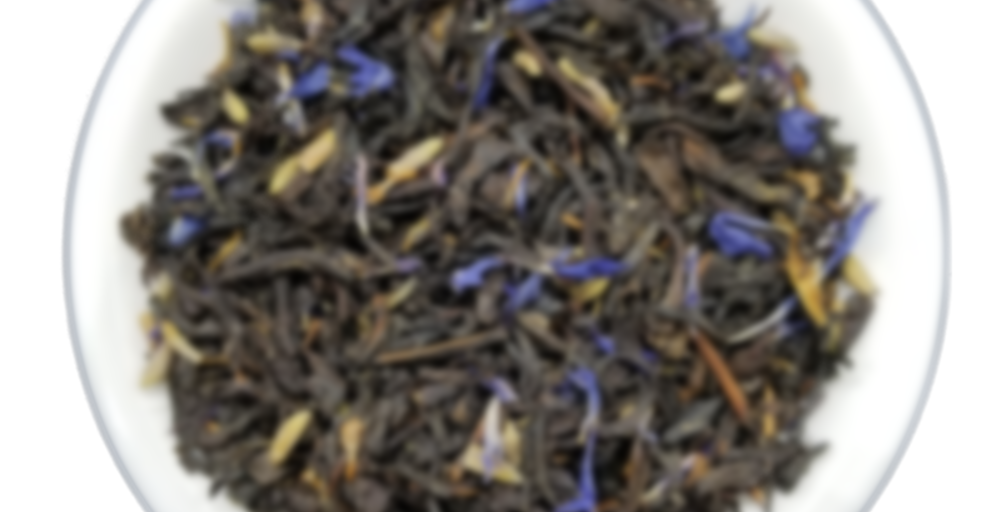 An unexpected twist on earl grey, a traditional favorite. Fragrant oil of bergamot is paired with a hint of vanilla and a touch of lavender for a flavor that is delicately enhanced and a finish that is intriguingly smooth.

Thank you very much, AJRimmer! I had this a few days ago.  I think I’ve had variations of this from other shops before, but I love it, so it’s nice to have more around!  The flavor is strong and I like it with two teaspoons to make it even stronger.  The black tea itself isn’t particularly strong but the lavender!  The bergamot!  It’s like they’re at war which might dissuade others from liking this, but not me.  I wish there were more vanilla, since it’s in the name.  But otherwise, the black tea itself is simply a carrier and additional caffeine to these flavors.  I think it’s their boring Ceylon base so I’m happy it’s flavored so much.  It’s bright, it’s fragrant, it’s strong floral overload.  It reminds me of Dorothy passing out in the poppy field?   But with lavender.  It’s like a last punch of summer.
Steep #1  // 2 teaspoons for full mug // 20 minutes after boiling  // 2 minute steep
Steep #2  // just boiled //  3 minute steep

I’m so glad you liked this one! It was a little strong for me.

Strangely, the base is rather smoky. I’m not sure why they made that choice. I shared with three people. Two loved it, and one was indifferent, so I guess it’s a matter of taste. I would have liked to be able to taste the flavors in the name more rather than mostly just smoke. It was rather brisk and improved with milk, but it still didn’t work for me.