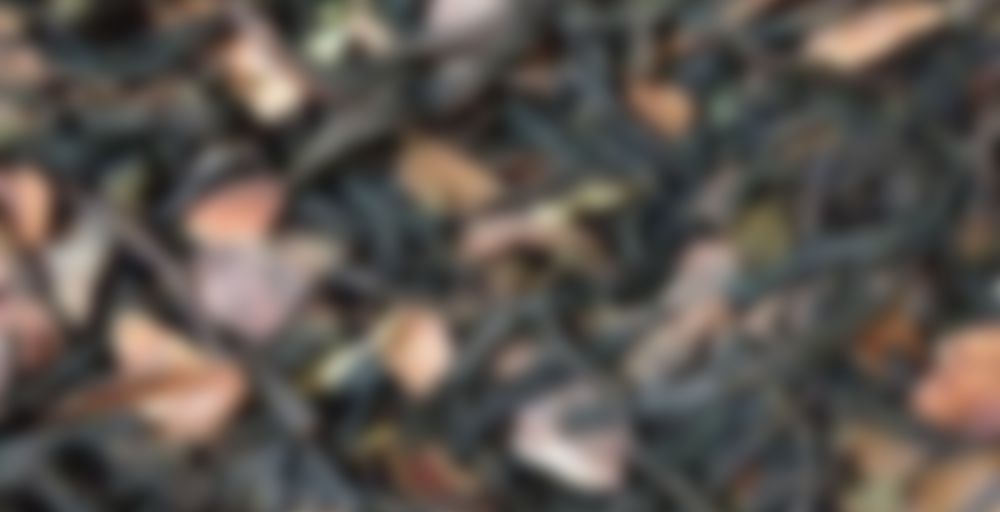 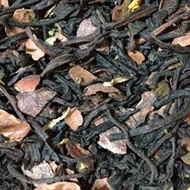 A treat of a black blend, inspired by Queen Elizabeth II.
What it is

A bespoke Tea Horse tea inspired by Queen Elizabeth II. Ceylon black tea has been blended with cocoa bean shells and peppermint to give a delicious, but not overpowering, taste of chocolate and peppermint.
Where it’s from

The tea is grown in the central Sri Lankan region of Uva. Cocoa is native to South America, although now much of the world’s cocoa is grown in West Africa.
Its story

For our Jubilee selection we wanted to honour the tastes of Queen Elizabeth II through tea. Charles Oliver, a royal servant who worked at Buckingham Palace through the reign of Queen Victoria right through to our present Queen, compiled notes on royal eating habits, collecting recipes and banquet menus. In his book he recalls that when the Queen was very young, she was very fond of crisp chocolate-coated peppermint creams. We thought this would make a great tea and hopefully, we were right!
Why we chose it

The particular black tea we chose has a mellow flavour that works well alongside cocoa and mint. Although Queen Elizabeth II had a sweet tooth as a child, this taste didn’t apparently continue into adulthood, so we’ve used cocoa shells rather than chocolate to give a fantastic rich flavour without being too sweet.
What it tastes like

Not ones to deceive, it’s all in the name! It tastes like a chocolate peppermint cream, particularly if you add a little milk (although it’s great without milk too). The balanced flavour of the tea carries notes of pure cocoa with an overtone of peppermint.
Drink it with

Pretty tasty on its own perhaps instead of dessert, or whenever you fancy the taste of chocolate without the calories. Pair it with some good quality chocolate to enhance the flavour.
How to make it

Use one teaspoon per cup. Using freshly boiled water, brew for four minutes. It’s equally tasty with or without milk.

After last nights panic attack, I got up early and was standing at the library door when they unlocked it this morning. I was giving them one last chance. Their WiFi signal is so weak that last time the buffering was so bad I had to give up trying. Today started the same. But I don’t want to go to $tarbuck$. Logged off my laptop and logged on to one of their networked desktops. It flew through the videos. Yeah. Except I couldn’t download the accompanying PDF’s. Had to do that later. At least I am caught up on videos and assignments. Now I have to catch up on the examples. I’m tired and my brain hurts. I haven’t even touched my blog but once this month. Short term pain long term gain.

I am finally home and I want tea without thinking. I grabbed this and finished off the last of the sample. Absolutely my favorite chocolate tea to date. The tea base is solid and very present. The main flavor is the chocolate which doesn’t cloud the water or clog the strainer. The mint is fresh and though not the driving flavor it is nicely intense. A very good cup.

Sorry to hear about your struggles, how frustrating. School can be so, so stressful.

Steepster appears to have eaten my reply. Thanks. I’m 57. That probably has an aweful lot to do with it.

Let me start off by saying…THIS…is the MOST Chocolate-Aroma I have smelled in ANY tea – right off the bat, that is! It smell marvelously-amazing!

Now…lets see how it tastes!

The Black Tea base is sturdy and of medium to medium-strong strength. It’s not POW!!! Top-Of-The-Morning-To-Ya type intense strong if you know what I mean.

Yes…the flavor DOES taste like Black Tea, Chocolate (more of a dark chocolate, tho), mint, and a bit of cream.

I will say it got major points with me because of the flavor intensity. The peppermint is there but isn’t overwhelming by any means (this coming from a lover of all-things-mint – just so you know – for comparison reasons and level VS palate/preference ratio for others!)

This is incredibly done! One really needs to like cocoa and a fairly strong flavored black tea with mint notes to enjoy – which is good for me – because I do – it’s right up my alley!

As I was sorting through my stash of tea, I came across this and decided that I’d finish what I had of it. It’s a bit of an old sample, which is further illustrated by the fact that Tea Horse is no longer a functioning company. Sad. I really liked this company – what little I was able to deal with them. They were always friendly and helpful.

Anyway … on to the tea – even though this is an older sample, I have to say that the tea is still very flavorful. I think that the packaging (the foil lined, kraft packages) seem to keep the tea in a very fresh condition better than some other packaging. The black tea base is still quite rich, the chocolate notes are strong and the peppermint does not overpower the chocolate (bonus!) Tasty.

However, since this tea is no longer available as the company is now defunct, I won’t bother with a numeric rating.

I made this for my Mom today, since she was visiting. I know she likes mint, but normally I do not, so I figured she would be able to really appreciate this. I brewed it at 208 degrees for 5 minutes. I added about a tsp of rock sugar, but no milk.

My Mom really liked this! It smelled so great that I took a sip and you know what? Even I liked it! The chocolate and mint flavors are there, but neither is overpowering. It tastes more like a light mint chocolate chip ice cream than a peppermint patty (the worst candy EVER!).

I would absolutely drink this again. It would make a lovely dessert tea, and that’s saying a lot coming from me. Normally the only mint I tolerate is spearmint, but I would make an exception here.

Mint and chocolate…so yummy, glad you liked it!

I did! I was a little sad that I only had a small sample! But I guess I can buy more. :)