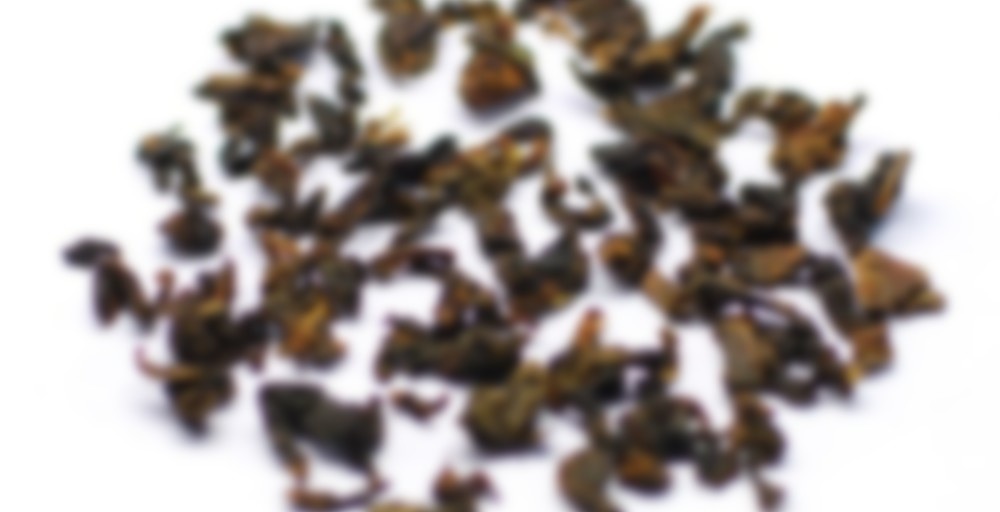 by Tea Urchin
84
You

This 1986 Lishan aged oolong has never been re-roasted and has developed an incredible aroma of sweet raisins, dried plum, and melted butter. There is a sourness on the palate that comes from its age and natural fermentation, but it is not unpleasant, and adds to the overall complexity of the tea. A fantastic aged Taiwan oolong that will challenge your taste buds and offer experienced tea drinkers some rewarding discovery. The storage on this 1986 Lishan oolong seems to have been drier than the 1989 Shan Lin Xi and in our opinion, this is the better tea.

I really love this tea, and don’t drink it often. It’s one of those special ones I bring out when I want to finish with a great tea, have had a bad day, or want to share something amazing with a friend. This looks like a roasted tea, and honestly I don’t know if it is, but there is no “roast” flavors attached to it at all. It has a light floral note in the aroma mingled with a honeyed sweetness. Some teas are too sweet in the mouth, but this one has a woody (cedar) flavor with a wild honey sweetness. What really gets me about this tea is the feeling of calm and appreciation that flows through me as I drink it. My mind loosens, and I feel open to the world and people around me. I haven’t done this yet, but taking this tea into the forest would prove quite the experience. I highly recommend this tea.

Another from the 2015 aged Oolong group buy.

I thought this tea was nice – much preferred it to the other, more roasted examples.

There was a pleasant meshing of flavour & aroma which made it really hard for me to pinpoint what they were (I have a pretty hard time with this anyway, with any tea) but I got dried bark, woods, nuts, some perfume, some fruit – plum I think. The roast was subtle (never re-roasted) which I liked.

What most stood out was the very soft & velvety nature of the feels in the mouth, as the flavours were quite more subtle than what I’m used to in an Oolong, and it wasnt oily or buttery, it was airy but not smokey. – Apparently I got a more creamy nose when I drank it last time. Ive got a cold and been stuffing sudafed up my nose and its affected it.

Thanks LiquidProust for organising and everyone at steepster for being awesome & making it happen by joining in!

How many steeps did you get out of this guy?

Today I enjoyed 3 large western style, when I drank gongfu before, I cant remember! at least 5?

Awesome, I’m the first to review!

This tea is fantastic! This is everything I’m looking for in an aged oolong. The dry nuggets are still relatively green with some brown and yellow. I open up my jar, and I take in the nice fig and apricot tone. I was picking up some light wood in the background. I placed these in my warmed gaiwan and shook them up. The warmed leaf gave off a delicious honey covered figs aroma. I was picking up some sweet apricot and oats in the background. This tea is very fruity and syrupy. I washed the leaves once and prepared for brewing. The steeped leaves deepen to a sharper scent of smoked fruit and plums. The taste was phenomenal! This brew is the ideal golden liquor that has a powerful mouthfeel. My taste buds were struck with a potent wildflower honey and ripe apricot flavor. The flavor ends with an intense aftertaste. The brew carries a graham cracker sweetness in the background. The tea grows a little more roasted and bitter in later steeping sessions. The huigan continues throughout the entire session. This sensation is thick, syrupy, and a mouthwatering honey sweetness. The brew has a prescient bitterness that shows up in the later steeping. This bitterness clears the palette for a nice sweet aftertaste to follow.The final steeping reverts back to winter honey and slight grassy tones. This drink lasted me for some time, and the leaves are fairly durable. The qi is a exhilarating head buzzing and heart warming. The sweet taste lasts long after the session, and I expect to have this aftertaste all the way through today. I will definitely be picking more of this up, and I’m so happy to have found an adequate aged oolong.

Edit: Just found out this is sold out… facepalm