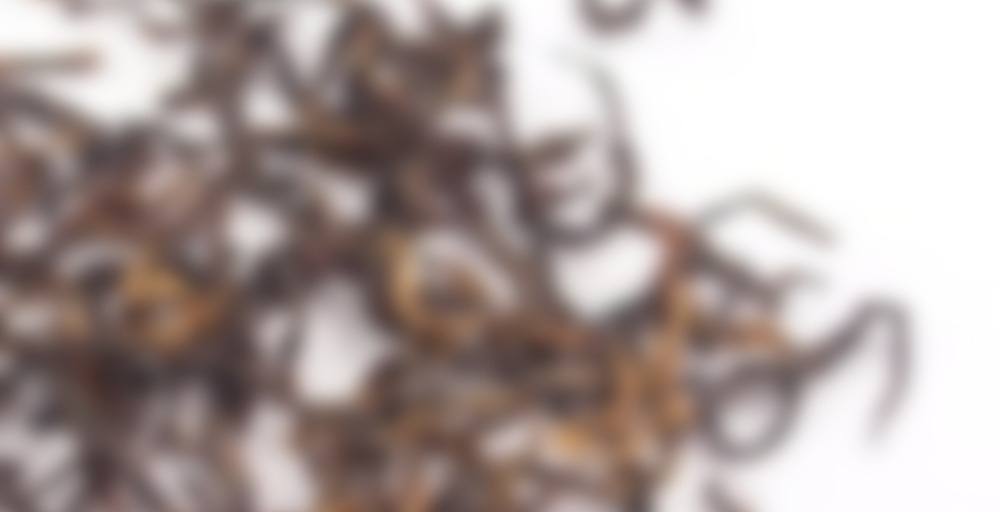 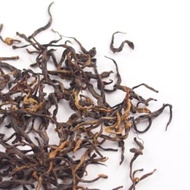 Bai Lin Gong Fu Black Tea is a famous black tea from Tai Mu Mountain, Fuding. This tea is made from tender tea buds which are shaped into long curls with elegant golden stripes. This is also one of the oldest black teas in the world. This tea is made in a small village by one old tea master. One of the best Chinese Black Teas.

Taste:
Sweet caramel, chocolatey taste. This tea can be drank with sweetened milk

Brewing Guide:
We recommend using purple clay or porcelain tea ware. Rinse tea cup and teapot with hot water. Use about 2 grams of tea leaves (1-2 teaspoons) for every 225 ml of water. Steep tea leaves in hot water at 100°c (212°F) for 1 minute for the first and second brewing. Gradually increase steeping time and water temperature for subsequent brewing. If you like milk with your tea, add 10 to 15 ml of sweetened/plain dairy milk and stir.

Recently I had the great fortune to get back in contact with Auggy. Some of you may remember her, she used Steepster a while ago, but stopped using it due to various reasons which are not relevant. We share so many opinions on what is good, awesome and not-so-good that we decided that surely we must be taste-twins. I trust her judgement on Things Ang Might Like implicitly. She has never let me down. Receiving samples of her is always a promise of awesometastic flavour experiences. As such we had exchanged a few packages before she left Steepster, so when I happened across a tea that I thought I should share with her, I already had her address and so send her a package of assorted goodies. Turns out she too had found a tea that she felt like sharing and my package provided her with my new address. Two minds, one thought.

This would be the one that prompted her to think of me. One of the many tea loves we share is for the Tan Yang Te Ji (♥) from TeaSpring, and this tea reminded her of that tea. Well, it’s Fujian Province, thinks I. What could possibly go wrong then?

I’ve had it before actually. TeaSpring’s, not TeaCuppa’s, but the same tea, and I remember having the same thoughts about it that Auggy wrote to me. Smoother and slightly milder. I even went and looked it up, and I found that I had made noises about making it a Standard Panel tea. And then I forgot all about it apparently. (I’m also coincidentally awaiting a Bai Lin Gong Fu from Shang Tea, as a matter of fact, but the splendid customer service from that company is a different story which I will tell you the next time I have one of their teas.)

The aroma of this cup is very sweet and caramel-y, with something sort of grainy and slightly fruity underneath. It’s one of those cups where, if I didn’t know it wasn’t flavoured, I would think it probably was.

Tastewise, I’m getting a lot of the familiar Fujian-ness, and the comparison to the Tan Yang is definitely very easy to make. I’m not sure I would be able to pick them apart in a blind tasting, but now that I know what I’ve got, I feel I can find some subtle differences.

It’s softer and milder, definitely. It’s not a get-up-and-go tea, it’s more suitable for later in the day. Coming home, for example, and needing something relaxing and calming. It’s not an invigorating tea, it’s a phew-what-a-day-tea.

So, softer and milder. It’s almost as sweet as the aroma suggested, but without that same flavoured quality to it. It’s a more natural sweetness and it has a fruity touch to it, something leaning vaguely in the direction of oranges or mandarins. Underneath that, a grainy body, firm and dark, but friendly once you get closer. Finally a floral top note to round it all off in a neat, yet complex package.

Once again, Auggy has struck gold with this one. I would probably go so far as to say that the standard collection could contain either Tan Yang or Bai Lin. But I would still prefer it to be Tan Yang.

love the tale and the experience…