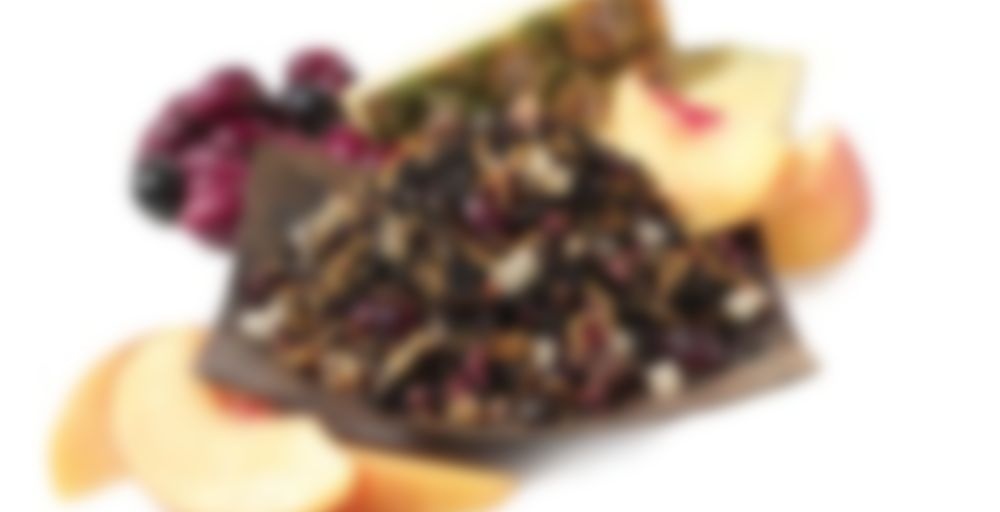 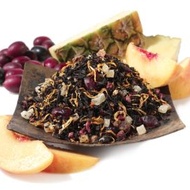 Join crisp cranberry and smooth peach in a delicious dance of fresh fruit and complex black tea. The pairing of sweet and sour flavors will motivate your feet to join in the rhythm of a new day!

okay so i drank this days ago. it was my first tea on a saturday morning. fruity and caffeinated. perfect for breakfast don’t you think?!
i like a few of the berry teas i received in swaps a little more than this one, but it’s still a bright cup. i’ll drink it again soon.
thanks moraiwe!

I’ve very shocked I’m the first to log this one…this one is pretty peach and pretty cran but surprisingly sugary! I am going to post more review/notes soon but I did enjoy this one over the weekend but was surprised at how sweet and sugary it was!

This tea smells absolutely delicious and fruity. It’s full of dried fruits and petals. I was excited to taste, and was expecting it to be delicious. While I did really like the mix of fruit flavors, this tea tastes like it has a sweetener added. I don’t like sweeteners in my tea AT ALL. The sweet ruined the experience, and I have no idea where it comes from. I don’t think that the fruits on their own could produce what tastes like pure sugar, and I drink loads of other teas with fruit pieces. I wish I could give this a higher score for smell and prettiness, but when I look at the faces on the rating scale, the one with its tongue stuck out is how I feel about the taste. No sweeteners in my tea!!!!

I’d like to start off with the fact that I only have one cup left after this one and I’m very sad about it. I couldn’t find it on their website so I think this flavour is discontinued. Sad.

I can taste in this the peach and the cranberries with a little bit of ‘tropical’ flavour in the background from the pineapple and papaya I’m assuming. I don’t taste the black tea much at all so this just feels like a particularly hearty herbal tea rather than a black tea for the most part. I do like it though.

I have drunk this tea before, but today I tried blending it with Dragonwell. I am hoping it will be a light and healthy complement to this strongly fruity black tea. Dragonwell has always seemed to me to be the fruitiest of the green teas, so I generally pair it with teas that are a bit stronger on the fruit. So far so good with other experiments.

I steeped the whole thing for about 1 1/2 minutes at a fairly low temperature (I didn’t measure, but it was well before boiling). The steeped leaves smell very vegetal (I would expect that, since black teas generally release all their goodies in one go, whereas the Dragonwell in this mix would just be getting warmed up). The liquid smells quite like I thought it would—not strong, just fruity and somewhat grassy.

As I tend not to like black teas without any sweetener, to the first cup I added about 1/2 a teaspoon of a solid gold honey (a Teavana product, the Hawaiian Lehua Gold). The first sip hinted at fruitiness, but not strongly. After a couple of sips, I don’t get the impression that the Peach Cran-Tango had enough time to release its flavors, because I’m getting a lot of the Dragonwell. Now that it’s cooled off a little, I think I’ll let the mixture steep a tiny bit more and see how that goes with the second cup. Adding about 1/4 a teaspoon of turbinado sugar helped the fruit come out a good deal!

The second cup tasted a lot the same, probably because the water had cooled a good bit. I think what really helps this blend to taste like it should is the addition of sugar, which doesn’t seem to dumb down the Dragonwell at all. Overall, a good blend.

Although this tasting note was mostly about the blend, Peach Cran-Tango is a pretty good tea by itself. I don’t often drink it by itself, but it’s a nice fruit tea if I’m in the mood for a specific fruit flavor, rather than just a vaguely fruity palate.

While I got excited when I first opened the container of this tea, I was quickly let down by how highly perfumed this tea is. It might be just me, but I seem to have this issue with many Teavana teas. The “perfumed flavor” is soo strong you can’t smell, taste the actual tea. This peach, cranberry concoction is very sweet, super fruity with some sour notes. Its full of dried fruit, and with some sugar or agave nectar tastes like pure candy. While its a pleasant pick me up tea, its just not for me. The overpowering aroma is literally giving me a headache, burning my nose, i cant smell anything else but over saturated cheep peach perfume. Maybe if I wash it first and drink the second steeping it would lend itself better.

I love anything with peach, ad this tea is super delicious! Doesn’t even need extra sweeteners, it’s already super sweet!

Beautifully sweet and fruity, the cranberry and peach is very bright and stands out with its similarly sweet aroma.

It is surprisingly sweet enough to not require rock sugar, as I have done adding just under a teaspoon. Next time, I will try it without sugar.