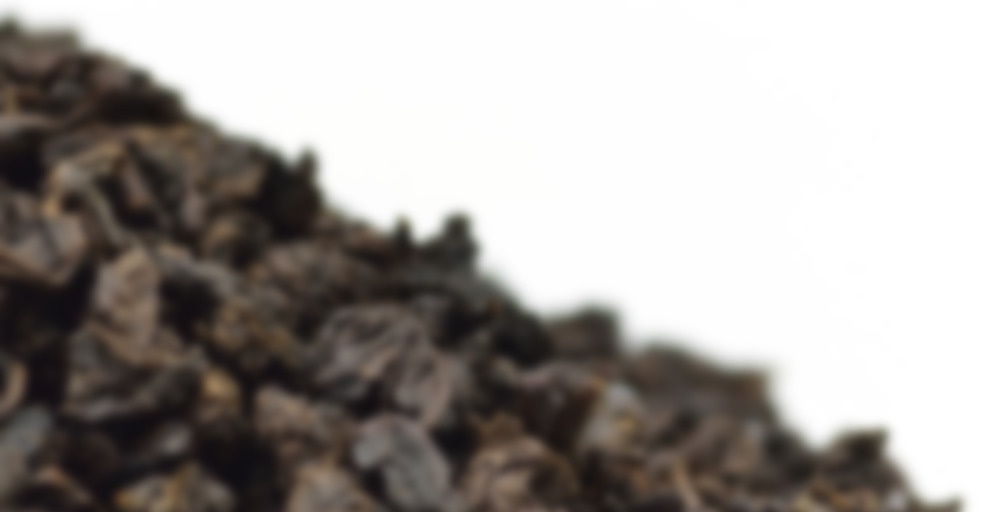 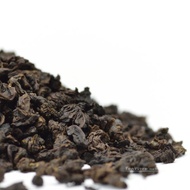 Taste: smooth and full taste, with a rich roasting aroma and a slight sense of orchid flower. The sweet aftertaste and aroma lasts long in your mouth.

Health Benefits: Tie Guan Yin tea is the premium form of Chinese Oolong teas. Being lightly fermented, these teas are high amino acids, vitamins, polyphenols and antioxidants. These combine into a tea that reduces cholesterol and helps reduce hardening of the arteries, and so can help reduce risks of heart attacks. The antioxidants it contains can also help guard against some forms of cancer, and also help fight the affects of aging and bacterial infections.

I ordered a sample of this tea with my latest Teavivre order mainly to get to the free shipping threshold, and because it’s one of their newer TGYs that I haven’t tried yet. It looked like a traditional-style TGY, and I’m interested in trying more and more of those.

A western style steep of this one on this cold morning. Wow, these leaves are super dark, and the tea brewed up dark as well. It’s dark enough to look like a black tea. It smells roasty and charcoal-y. This is most definitely a charcoal-roasted TGY, and while I am definitely getting more in to traditional, lightly-roasted TGY, charcoal roasted is pretty much roasting a bit too far for me, haha. It is smooth, with light vegetal notes and roasty notes. If you enjoy charcoal-roasted oolong, I would definitely suggest checking this one out.

Updated: Liquor is bright orange. It has a wonderful strong roasted aroma. Has a slightly drying feeling on tip of the tongue. It is full-bodied & has rich roasted, woodsy flavor yet mellow and smooth, no bitterness, slightly astringent, brisk. Has a very slight buttery feel and light floral taste. The heavy roasted flavor is the predominant flavor throughout all 7 infusions as in, there are no surprises, just a good cup of tea.

I can’t believe I waited this long to try this tea. I’ve had this sample for some time, and I think I was just trying to drink up other opened packages first. I should have tried this earlier though, because it’s just the sort of oolong I like. This roasted tieguanyin has a great nutty, smooth and slightly floral flavor. As the cup cools it gets slightly sweeter. Very nice! Thanks again, Angel and Teavivre!

This tea comes in a pretty red package. There is a scent of nuts and seaweed in the dry leaf. When brewed, I get more orchids. The flavour is a bit floral, with some sweet, nutty notes. Overall, I get mostly flowers. Thanks to Teavivre for the sample.

Teavivre is one of my favorite companies, especially when it comes to Oolong teas. They have some really outstanding Oolong teas. (And green teas … and other tea types too. They’re just good.)

This is a really yummy TieGuanYin. The roasting process gives it a delicious, sweet, roasty-toasty nutty flavor. I like how the strong floral and vegetal notes of a TieGuanYin take on that nutty tone when the tea is roasted.

The first cup (infusions one and two) was surprisingly full-flavored. The first cup tends to be the softest tasting tea, but this cup was very strongly flavored. Nutty, sweet with hints of orchid in the background. The buttery notes are more like browned butter.

The later infusions had developed flavors of caramel and light honey notes.

Another lovely sample from Teavivre. I feel like I’m getting a proper oolong education through them. Thanks again, Angel! The packaging is very attractive – metallic maroon and gold foil, vacuum-sealed tight.

Now, this is a dark one. The leaves are not green at all, in fact, they’re dark brown. They smell sweet and nutty, like a dessert! Reminds me of baklava. When hit with water, the aroma intensifies. I’m getting a sort of nutmeg and walnut scent. The water changes to a color much like a black tea, sort of ambery brown. By the end of the steep time, the nutty scent was accompanied by a rather strong roasted smell. I am so curious – will this be like a bracing black tea? A mellow dessert? Maybe dark and woodsy?

The instructions on the packet gave a 3-10 minute steep time. I thought that was a pretty wide range! Staying on the lighter side, I went with 4 minutes. Upon first sip, I taste roasted seaweed. Not exactly what I expected, but still nice. I’m also getting notes of toasted sesame seeds. It reminds me of these little crackers I used to get at the Asian markets when I was a kid. There is some nuttiness to the taste, especially in the finish, but I’m mostly getting sesame and I like it. Definitely taking the rest of this pot to work with me.

This is perfect tea for a drizzly fall day, with a lightly sweet roasty flavor, & it really reminds me of toasted pecans!

It is my birthday tomorrow, so as expected the subject of cake came up with my mom. Since this is the first year in a very long time that I am gluten free, this is a bit of a conundrum, do I want to try a gluten free version of a favorite cake or try something new? We were going to make a really amazing cheesecake (one of my favorite recipes) but the goat cheese in this part of the world for some reason costs an arm, leg, and a goat. After spending an hour wandering around the store trying to come up with a solution we finally gave up and chose some fudge. Life is complicated sometimes (kinda like my birth, sorry mom!)

Today’s tea has nothing to do with cake or fudge, except that I think it tastes really good with either of those. Teavivre’s Nonpareil Anxi Yun Xiang TieGuanYin Oolong Tea, a Fujian oolong which is made in the traditional manner of roasting (rather than the more vibrantly green ones that have become popular as of late) which requires a lot of extra work. The Yun Xiang (roasted) kind of Tie Guan Yin was the first oolong I fell in love with back when I was in high school working at a tea/coffee shop almost fifteen years ago. Memories! The aroma is richly roasted, as expected, with notes of char, roasted chestnuts, walnuts, pecans…this is a nutty tea! Finish that off with a distant orchid aroma and you have a very intense aroma, I do suggest sitting down if sniffing this tea.

Into my roasted oolong dedicated Yixing teapot the rolled leaves go for their bath. After their first steeping, the leaves let out a powerful blend of char and toasted nuts. The fire roasted chestnut aroma coming out of the leaves really makes me wish I had access to a fire place and free chestnuts (ah, those were the days.) The liquid has the same roasted nuts and char aroma but with caramelized sugar and a touch of flowers giving the tea a layer of sweetness.

That is a smooth start, smooth and rich, it begins with chestnuts and caramelized sugar, this transitions to black walnut, and lastly it finished with a touch of smoke and char. The mouth feel is almost velvety and thick, it is definitely a whole mouth tea.

Onto steep two! The aroma is very similar to the first, except someone upped the nut-ometer (this is a thing now, and it is a good thing) I mean holy moly that is a lot of roasted nuts, there are chestnuts, pecans, walnuts, and a nice finish of orchids. The taste does not disappoint, it starts out sweet, like caramelized sugar and flower nectar and builds into roasted nuts. The roasted nuts linger until it fades into char which stays as an aftertaste for a bit.

The third steep, well, I got lost in memories a bit. It is sweeter in both aroma and taste, there is still a strong roasted nut presence, but the sweetness and flower nectar have a much stronger presence. This tea is a much higher caliber than the first one I tried, or even the Yun Xiang Tie Guan Yin that was my everyday tea for many years, but it has the familiarity that always puts me in a nostalgic state. That moment when I first made the Tie Guan Yin and took my first sip, it was like something exploded in my brain, it was a moment of pure bliss that I will never forget, my tea awakening.

For blog and photos: http://ramblingbutterflythoughts.blogspot.com/2014/11/teavivre-nonpareil-anxi-yun-xiang.html

Yeah it is, I am a sucker for fudge, so I am not too disappointed.

Thank you guys! It was a grand birthday :D

Ok this is probably the oddest oolong for me. I guess I’m used to “green” oolong and all that grassy floral stuff

This reminds me of a toasty black tea. It’s only in the after notes that I recognize an oolong. It has a taste of roasted coffee and black tea and oddly…. A little roasted banana

It’s a good sip tho. Would make an excellent morning oolong which doesn’t come across me often.

one of the weirdest tasting oolongs i’ve ever had! :) tastes like a mix of raw and roasted though I prefer roasted most.. here we go

when I smell the dry leaves, they smell like roasted oolong.

when I taste it, it tastes roasted and unroasted.

a nice and wacky tea ha ha ha :D thanks to tevivre for this tea :)