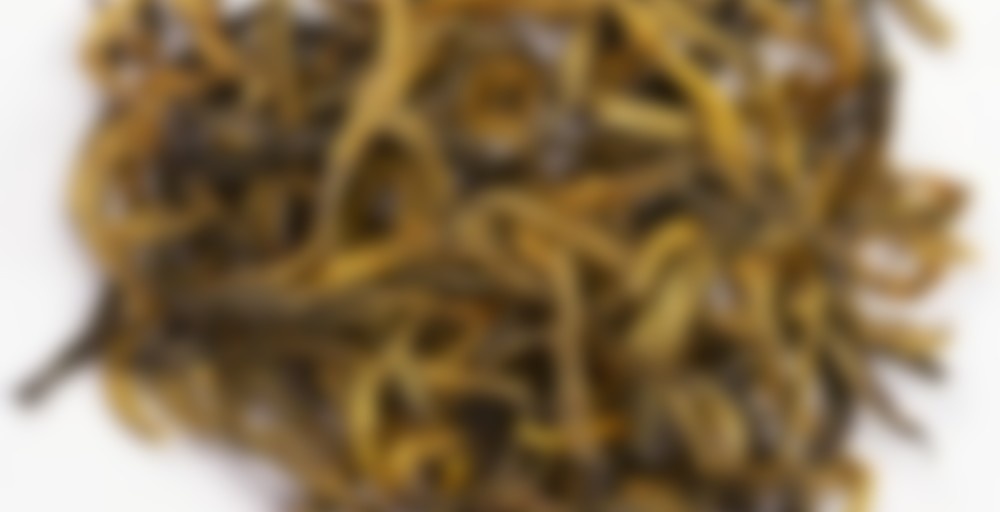 Centuries ago, tea masters of the Fujian province claimed only the Golden Monkey, who once inhabited the region, could properly harvest this exquisite tea. Still picked with painstaking precision, the leaves are hand-sorted and dried with a whole leaf twist, ensuring the golden tips are evident. Picked only in the first week of the season, these golden ends grant its status as a tippy tea, giving it the highest grade and status among tea connoisseurs. Once in the pot, this rich, earthy tea gives off sweet notes and fills the palate with a smooth, bright flavor. Said to give those who drink it the agility and prowess of the King of the Golden Monkeys, discover what magic this luxury black tea might inspire in you.

I tried this twice this morning. First decided to brew at 90 degrees instead of boiling, because golden/tippy teas seem to like gentler handling. It was decent, malty and fairly smooth with just a hint of bitterness that wasn’t unpleasant. It was kind of weak, though, and the second steeping was even weaker. So I tried it again, same amount of leaf, same temperature water, but steeped for 5min instead of 3. Better! Rich and malty, starting to feel more like a decent breakfast tea. Bumping my rating a bit.