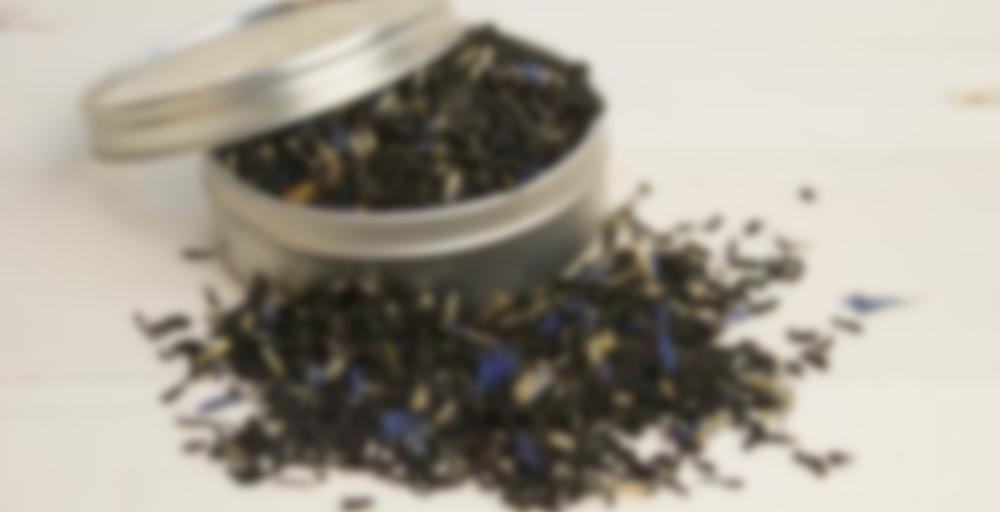 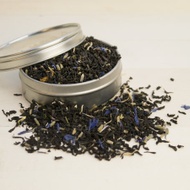 by The Angry Tea Room
82
You

Lavender Earl Grey incorporates the addition of lavender flowers, which have a long history of medicinal, culinary and household use. For one, their sweet, floral fragrance is notably soothing, invoking relaxation. The taste of lavender with the citrus flavours of bergamot, a classic blend of Earl Grey’s citrus and a hint of cream and floral notes.
This tea is caffeinated.

I’ve been so hopped up on Chinese and Taiwanese teas for the past few months, it was nice to take a break with a good blend. I received this tea in a swap with Mastress Alita.

Went with 2tsp in a teaball, 10oz mug, first steep of 3.5 minutes, second steep of 5. This tea has been calling to me for a few weeks. I’ve been opening the bag for a good whiff every so often. It smells so good. I enjoy both lavender and earl grey, neither of which overpowered the other. They were backed by a slight creamy flavor which made this tea taste like an herbed black tea orange creamsicle. The base tea worked well with the flavors. The only thing I took issue with was a thin mouthfeel. I suppose, then, that this tea would be good for people who like to add milk or cream to their blacks and that’s where a fuller mouthfeel would come in. I bet it would make a killer lavender London Fog, but I don’t have the ambition nor the tools to make one. The taste of this tea makes me look forward to California winter… that’s a good thing. Thanks for sharing, Mastress Alita!!

Nothing makes me look forward to Idaho winters, heh. I do really like this tea though. And it does make good London Fogs! (Makes good Arnold Palmers, too). If I’m too lazy to hook up my milk frother (common occurance) I just put 1/4 vanilla almond milk in my mug, zap it in the microwave for 40-60 seconds to heat it up, then add the brewed tea to the rest of the mug and give it a good stir. May not be frothy, but it tastes good, and that’s good enough for me.

I’ve been in an Earl Grey mood lately too, maybe I should dig another of my EG samplers out to thermos with me to work tomorrow…

I tried some vanilla soymilk with one of the cups but it actually wasn’t that good. When I have this tea on hand again and happen to have some almond milk, I’ll give that a try.

A couple months ago, AngryTeaRoom.com sent three generous samples with my SMALL order (thank you!) They must not have been feeling as angry that day. :D Also, the front page of their site right now has a few alcohol teas. This lavender bergamot blend is DELICIOUS and just such a perfect combination and the right balance. The bergamot and citrus and lavender that Angry has here just perfectly compliments each other. And it is amazingly balanced. So tasty I’m drinking it much too fast. The black tea is the perfect briskness. The lavender and bergamot are strong, just the way I like it. Floral and herby, yet sweet and citrusy. I would stock up on this one in a heartbeat! I’m missing some great Earls anyway. Did I mention this is just perfect today? Gorgeous.
Steep #1 // 1 1/2 teaspoons for a full mug// 13 minutes after boiling // 3 minute steep
Steep #2 // just boiled // 3-4 minute steep

Drool, Lavender EG. I miss Zen’s. It was so dreamy.

I sadly never tried Zen’s! (that must have been the only zen tea I didn’t try, ha.)