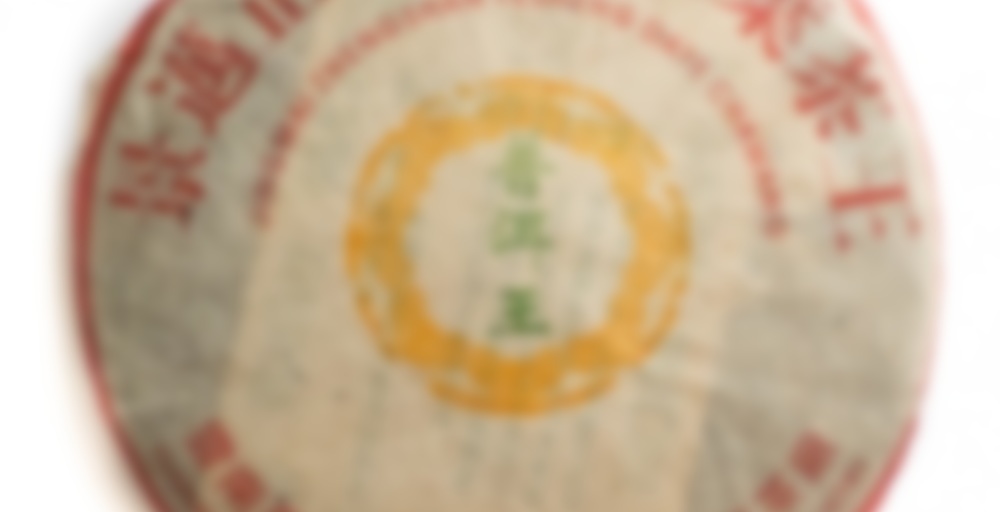 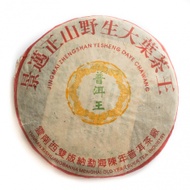 by The Essence of Tea
82
You

This one stood out for me right from the first sip. It’s a concentrated tea. This point is a little difficult to describe, especially for those new to tea. Most teas have a sensation of the flavour spreading out in the mouth and dissipate leaving a little bit empty feeling and slight dissatisfaction. This one comes together in the mouth, coating the mouth and throat, but also giving a feeling of having a solid, intact body and character which remains in the mouth for a long time. I hope this helps describe it a bit!
Otherwise, this tea displays all the characteristics of good, old tree tea. There’s a hint of smoke from the processing which has mostly all transformed. It’s oily, rich and has an exceptionally long aftertaste. It is also a very durable tea. In the tea sessions I’ve had with it, it has outlasted me every time.

Having now tried this tea, I completely understand why the reviews are a bit all over the place. Even beyond the simple fact that being in a trade box might not result in optimal conditions for the leaf (no disrespect intended to the wonderful Dr. Jim, whose efforts for this community I hold in the highest respect!), the tea itself is somewhat of a puzzle box.

The first few steeps, it is entirely possible, even likely, that I referred to this teas flavor as “repugnant” and “not unlike steeping a carton of unlit Benson & Hedges”. I understand, I think, why some people described a smoke flavor while others noted none – it’s so precisely a mimic of tobacco, at least to my palate, that if like myself you have never lived near where the plant is grown the natural reaction (which I had myself at first) is to associate burning, ash, and unpleasant eye-watering bar scenes with the flavor. However, critically thinking, I cannot say there actually was any smoke present, although what was present I did not enjoy.

However, the flavor was very full. This is not necessarily good when it’s a bad flavor to your tastes, but still notable as an indicator of quality. It had unfortunate length. But the body reaction was altogether pleasant, and kept the desire to continue the session alive and kicking. It was rather a reversal of something like French fries, as a kind soul pointed out to me during pontification over this odd sample. With junk food, the mouth wants more and the body suffers. This was completely the opposite.

Son where around steep 6-7, the flavor took a complete left turn and became rather pleasant, but at the cost of the vital force that made the early steeps so penetrating. It was as if the station was abruptly changed from music you dislike to your favorite tunes, but simultaneously the volume was halved. I found myself wishing the strength of the earlier steeps had intersected somewhat with the flavor I more enjoyed – but it’s entirely possible that the flavor did not alter as much as the notes I disliked weakened, allowing me to see the treasures lying beneath the surface.

The tea did not end quickly either, although it may sound like I am implying it did – a dozen or more of the more tasty infusions ensued, they were just more of the “calm and gentle” variety as opposed to the initial “boat in a maelstrom” feel.

Perhaps next time, I shall try my hand with rather less leaf, and see if that tempers the early going. I sense I haven’t found the trick to open this puzzle box yet – but as it’s out of stock, I suppose it’s all right if I never do.

If nothing else, I found this a unique experience, and those are often worthwhile ofor their own sake.

Drink well, until next I prattle at you endlessly.

From the Puerh TTB:

Very astringent, but also pleasantly sour, which I quite like. Despite being very pleasant going down, huigan is nonexistent for me. I don’t taste any smoke, but plenty of tobacco, camphor, and leather.

This is not a strong tea at all; considering its age, it’s one of the lightest in terms of flavor that I’ve had, even when pushed. Speaking of pushed, I don’t find it particularly bitter either, but not particularly noteworthy. It’s not bad at all, but I wouldn’t go out of my way to purchase more.

Now, having said all that… it might be that it’s Friday night. It might be that my wife bought me cronuts, or that she’s giving me The Look. But nine steeps in and I must say I am in an exceptionally good mood.

what is a cronut?

Puerh Tea TTB. This tea did not have the strong leather and tobacco notes of other aged puerh but they were there to some degree. It was very astringent. There was some smoke present. And the note of dark wood on the write up seems accurate. I didn’t get any qi off of this. Gave it eight steeps.

try that iron cake i mentioned before. its pleasent

I love a good Jingmai. I had my first taste awhile ago and ever since I’ve been in love. I opened this bing up and took in a whiff. The leaves have become very dark and let out a distinct smoke and lingering red fruit aroma. The crisp leaves give off a sharp leather tang along with some pipe tobacco. This a stenchy and potent tea. I warmed my jianshui up and placed a generous amount inside. The scent deepened into some dry wood along with a mild eucalyptus aroma. This displays a lot of classic aged scents. I’m hoping there is some unique body though. The aromas were good but no overly intense sensations. I washed the leaves once and prepared for brewing. The body is smooth with some drying feeling. I experienced some slight creamy tones with a brief huigan. The brew keeps a nice and smooth body; however, I note some astringency and bitter wood in later steeping. The fiery orange liquor smells of soft wood. This brew becomes a decent mix of sweet and sour tones with a good amount of age behind it. The brew keeps this consistency and develops no complexities. The huigan dissipates quickly and is delayed. The qi is extremely slow moving until after the session it washed over me with far reaching heat head waves and a nice serene and relaxing sensation. Altogether, this is good daily drinker, but it displays nothing a superb 10+ yr old sheng should display.

I had high hopes for this tea – I love everything about jingmai teas. Unfortunately, this tea is all smoke and age. Great underlying flavors and amount of aging for 15 years, but there’s so much smoke that the tea is overpowered, even after 11 steeps. I can’t, in good conscious, say that this is a “good” tea or that I would ever try/buy it.

From the Puerh TTB #4

I’m trying to lead by example in producing reviews of the donated teas. When I got the Essence of Tea donation, I immediately pulled 4 grams from each, packed the rest into the box, and headed for the post office. The samples then sat in a box waiting their turn with all the other samples. They finally made it to the head of the line.
1st steep (10s): This is amazingly well-integrated. No rough edges. Delicate nose and flavor, but the flavor builds in the mouth. Good finish. The cha qi kind of stuck up on me: at first just a feeling of well-being, but now my entire body feels energized, yet at the same time relaxed. 2nd steep (10s ) Rich nose of leather and a hint of smoke. There is a really full body in the mouth, and sweetness that extends into a long, tasty finish. Much more powerful than the first steep but still perfectly smooth. This is what I picture a fully aged puerh tasting like. 3rd similar to the 2nd but more woody, with camphor appearing.
This is the style of tea that I enjoy: not too harsh or bitter, but with complex, interesting flavors. I’m usually not a fan of camphor, but the subtle hints of camphor I noticed here just add complexity and interest. The cha qi was obvious, but not to the point where I needed to take a nap, though perhaps too strong to want to drink this tea at work. The overwhelming feature for me, though, was the absence of rough edges. This is one of the few puerhs I’ve had that I didn’t feel was too young to drink.

Definitely trying this one!