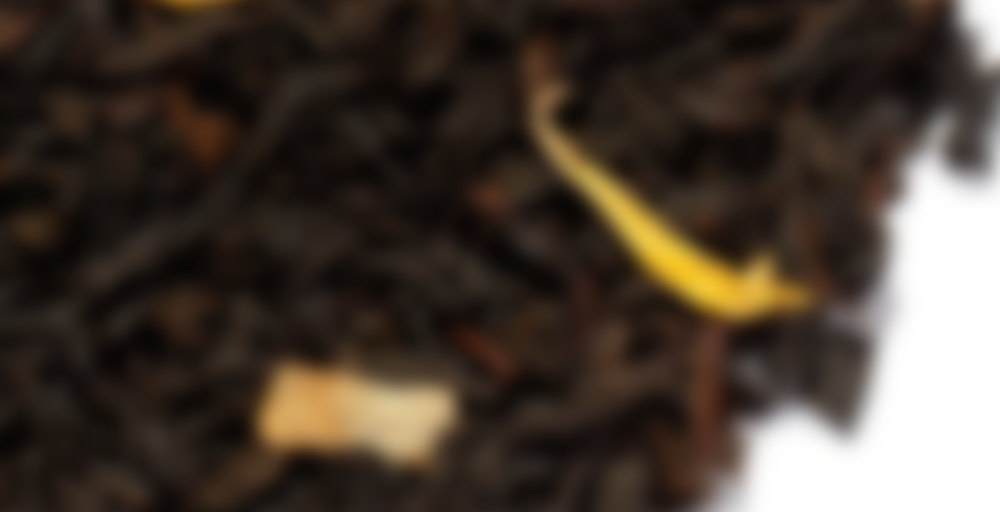 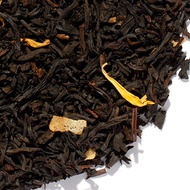 White chocolate, coconut, and caramel in a black tea blend with a hint of vanilla.

This one is actually really good. I haven’t found a chocolate tea yet that doesn’t have that fake chocolate flavor. . . Until now. This is delish. The chocolate is very light and it mixes very well with the coconut, carmel, and vanilla. Almost tastes like a candy bar.

Yummmmy smell… what a delicous smell, there is chocolate… who doesn’t like chocolate, and then you can smell the coconut, to me it also smells kind of buttery like some sort of nut…. anyways brewed it up and during the brew I could smell the black tea. It has a nice amber color.

Took a sip and decided that I was going to want a bit more fullness for the taste so I added just a bit of milk and a touch of sugar. This tasted really to me like black tea but it left the taste of coconut and maybe a hint of chocolate at the end. I really liked the aftertaste… to me it would be a good dessert tea because it left that sweetness in the mouth!

I think I ordered this way back when based upon the reviews here. I’m just now opening my packet.

Ordinarily I might have passed on something containing white chocolate. I read an article about white chocolate once that put me off of it. It’s been a while and I don’t remember it all, but the thrust was that white chocolate, unlike chocolate, doesn’t have any sort of quality and purity standards so people can sell pretty much anything as white chocolate. Also, isn’t it basically just cocoa butter without the bean, which is the part that really gives that rich, chocolatey flavor?

So if not for the notes here, I would likely have passed.

In the packet, the mix has a minty aroma, which is weird because there’s no mint in this. I suspect it’s the coconut in combination with the other flavors that is leading the charge there.

After steeping, I mostly get caramel and a hint of something chocolatey in the aroma. Not much in the way of coconut, which is surprising given that coconut usually dominates any mix it touches. For such a highly flavored mixture, the tea is remarkably clear. It looks pretty much like the Keemun I just had, down to the redness in the color.

It’s a tasty flavored tea — in this cup I get mostly the caramel and white chocolate as identifiable flavors. The coconut is definitely there, mostly in the front of the sip and the aftertaste. So good for The Tea Table for being able to put together a blend with coconut and other things where the coconut doesn’t shove everything else to the side.

The flavors are nicely balanced and work well together. I do find myself wondering whether this would have been that much better with chocolate instead of white chocolate.

Of course, it could just have been that I had less coconut in the spoons I used today than I might in the future. Time will tell.

I decided to give The Tea Table another try – I had ordered from them a while back and was only over the moon with one of their teas – Orange Cookie Tea. THAT tea is so delicious I had to order it again, but everything else I ordered left me cold.

I’m SO glad I did! Maybe I got a bad order last time, maybe I chose the wrong flavors, but this time I have been so impressed wth the selections.