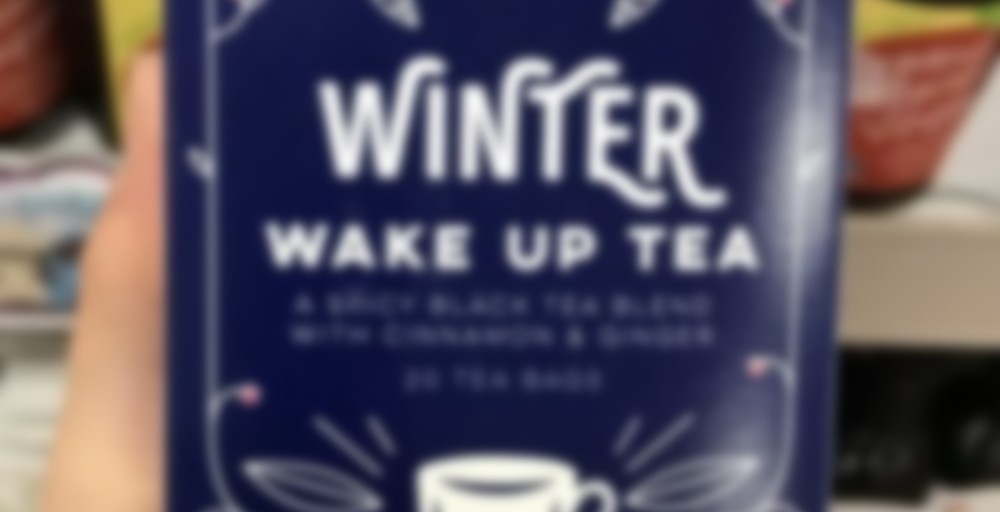 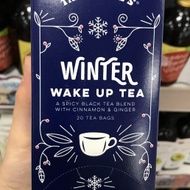 This special blend of black tea with cinnamon, orange peel, with hints of spicy ginger, and warm cloves delivers a uniquely comforting yet invigorating cup of tea.

Whether a busy work day or a laid back weekend lies ahead of you, a cup of Winter Wake Up Tea is the perfect kickstart. Leave the hibernation to the bears.

Wake The Fuck Up

I bought a box of this tea in January to have as a work tea, and I’m finishing it off today. Overall, I like this tea. The base tea is incredibly light. Light enough, in fact, that I often leave the tea bag in my mug throughout the day, and I’ve never had this tea tun bitter or coarse on me. The main flavor is cinnamon, but the ginger does make itself know here and there throughout the cup. Easy to sip, and a nice little pick-me-up in between helping patients.

I’m sure why I bought the tea in the first place. I have this habit of leaving the tea bag in the cup which another reviewer mentioned, definitely infused a lot of cinnamon flavor. It has a slight sweetness which I love as I’m not a fan of adding sugar to my tea (diet and everything?). I wanted to try this with milk but didn’t find it necessary.

As it is a holiday tea, you will love pairing this with a Christmas Fruit Cake, a pumpkin spice muffin or any holiday cake. Can’t get cozier than this! :)

Initially this was not a favorite tea for me. It came through with very weak tasting notes and, accidentally, out of boredom I began to dunk the tea bag which infused a lot more of the flavor into the tea.

I pick up on the cinnamon and black tea as it steeps. Flavor wise the cinnamon rules the show. The ginger is barely noticeable, a good thing for me, as I’m not a fan of ginger.

Trader Joe’s tends to be hit/miss tea for me with their tea offerings. Yes, I prefer loose leaf tea, but some nights (or mornings) I’m lazy and don’t want to put forth more effort than warming my kettle and using a tea bag.

I brought my water to a rolling boil and did not bother to remove the tea bag as the flavor never got bitter or strong enough to call for it. In fact, I was up to 3 tea bags (from prior steeps) before I emptied my cup and started over (on my 4th steep now).

I haven’t found it necessary to add any sugar or milk, but I did add some milk on this most recent brew just to see what I thought and I found it to be decent but unnecessary.

If I didn’t accidentally dunk the tea bag this tea would have gotten a much lower rating. Mixing the tea around saved it and it will, likely, make its way into my tea rotations this holiday season.