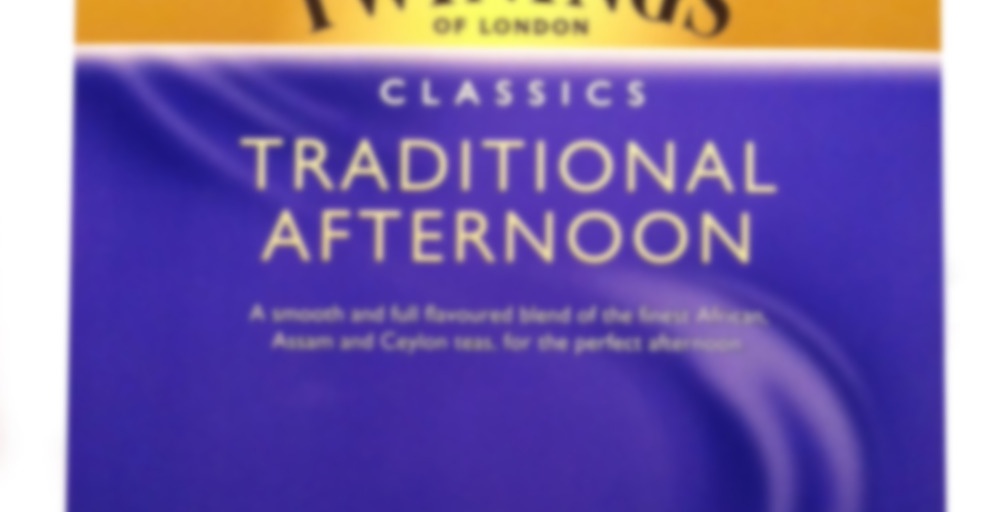 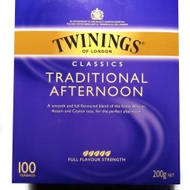 A smooth and full flavoured blend of the finest African, Assam and Ceylon teas.

Twinings don’t give much away when they describe this tea, other than that it’s “100% black”. Yes, well done. I think it’s an Assam/Ceylon blend; it has that classic light citrus, but with a sweeter, maltier backbone than Ceylon alone would have. It’s fairly tannic, and stronger than I was expecting – it’s described as “light and refreshing”, but I don’t really agree. I mean, it’s lighter than their English Breakfast, but it’s by no means as light as a darjeeling or a pure ceylon.

It tastes a lot like Twinings Everyday, to me, and it also reminds me of Teapigs English Breakfast. That used to have a Rwandan tea in it, and it made me wonder if this blend does too. There’s something in the background that I can’t quite put my finger on, and that might be it. I’m pretty sure there’s a third tea here, in addition to Assam and Ceylon, although they’re definitely the biggest components.

I quite like this, as a robust, straight black, breakfast-style blend. I drank it without milk today, but left a little longer (3/4 minutes) and I’m sure it would take milk if you wanted it to. It’s not particularly unique, but it’s pleasant enough. At this price point, you can’t really complain.

I enjoy this tea immensely. I even go crazy sometimes and have it at morning tea time. It is comforting and familiar, not too strong but certainly has a distinct flavour.

How i got it: Bought it (Twinings’ Classics Collection Pack)

Experience: Well, new experience here. I don’t remember to have tried something similar in the past, so this tea got my attention quickly. It smells quite like a Ceylon (somehow the OP variety comes to my mind) with acidic hints and some bits of almonds. In the flavor side, it begins smoothly, but gets stronger and a little bitter-y to the end of the sip. It also has some almond-nutty notes in the background, giving it a sweet side. Maybe one of the best descriptions I could give of this tea is something like a “Ceylon Breakfast”, as redundant as that term could be, hehe. New sensation, good experience.

Would i buy it again?: Maybe, it’s a nice variant to add to the cupboard. Why not?

Assamic tea, similar in flavour to Twinings’ Everyday. However, this is a bit lighter, so a good blend to drink in the morning or afternoon.

I’m very pleased with this tea. Strong and dark, with a full flavour, it’s the perfect cup on a foggy afternoon.