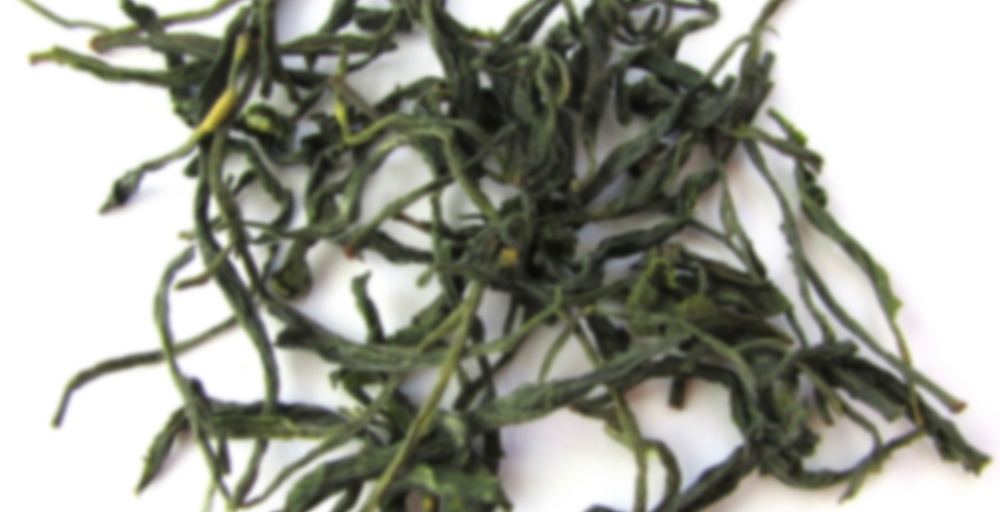 Sourced direct from Jukro a certified organic family run tea farm who make all their teas by hand.

Here is another review from the backlog. I finished a 10g sample pouch of this tea either at the end of the first week or at the start of the second week in the month. To be totally honest here, this was not a tea I purchased myself. Alistair included it as a free sample with one of my more recent What-Cha orders because he wanted to see what I thought of it. For the most part, I have made a point of avoiding Korean green teas simply because I do not know a ton about them, and not only is information on them rather scarce, but it also often seems to be unreliable. This Korean green tea, however, struck me as being a great offering. I may have to explore the world of Korean green teas more thoroughly in the near future.

In terms of preparation, I could not find any sort of consistent guidelines for brewing this tea, so I just kind of winged it. I started by rinsing approximately 3-4 g of loose tea leaves in 158 F water and then steeped them in 8 oz of 158 F water for 30 seconds. This infusion was followed by 45 second, 1 minute 15 second, 2 minute, and 3 minute infusions. I used the same water temperature for each additional infusion. I have no clue whether that was appropriate or not.

Prior to the rinse, the dry tea leaves produced a sweet, delicate toasted grain scent. After the rinse, I picked up scents of grass, straw, asparagus, and zucchini. The first infusion introduced some additional toasted grain aromas that I could not place. In the mouth, the tea liquor offered up soft, delicate, and subtle sweet corn, honey, and sugarcane notes that quickly gave way to impressions of toasted rice, grass, asparagus, zucchini, and spinach. Something of a nectar and/or honeydew sweetness came out after the swallow and lingered in the mouth. The second infusion brought out some salty and brothy qualities on the nose with some subtle impressions of spinach and chestnut appearing as well. Stronger grass, zucchini, asparagus, and spinach notes appeared in the mouth as well as stronger and more immediately noticeable nectar and honeydew impressions. Butter, cream, umami, chestnut, and sea salt notes also emerged alongside hints of seaweed. The third infusion brought out a little more chestnut on the nose as well as some subtle honeydew scents. Stronger honeydew, chestnut, and sea salt notes were present in the mouth while new impressions of minerals, lettuce, and oats also made themselves known. The fourth infusion saw the nose turn nuttier, saltier, and more marine. Notes of straw finally came out in the mouth along with stronger mineral, spinach, seaweed, lettuce, sea salt, oat, and umami impressions. Some sweet, fruity underpinnings were still detectable in the background, but I did not make much of an effort to analyze them. The final infusion brought out heavy mineral and sea salt aromas that were underscored by some vague vegetal hints. Notes of minerals, umami, spinach, lettuce, seaweed, sea salt, and cream were present in the mouth and were backed by fleeting hints of sweet corn, toasted rice, chestnut, honeydew, and sugarcane.

This was an extremely deep and complex green tea with a ridiculously sophisticated layering of aromas and flavors and tons of body and texture in the mouth. I especially appreciated the fact that each infusion offered something different, holding my attention from start to finish. Even with me most likely butchering the preparation, this was still a fantastic tea. I would recommend it to green tea drinkers who are looking for something different and highly unique.

Korean teas (especially green teas) have some very special character – semi-wild sounds even better, gonna have to try this one too.

Yeah I like them – dont know much about them apart from the wild greens and balhyocha really, but enjoy them as an alternative to my mao fengs & long jins

Received some of this from a tea friend and had it a bit over a week ago. 2016 harvest. The leaves of this tea have a nice, nutty aroma and produce a yellowish liquor.

I get light notes of beany, roasted chestnut in the first infusion that really upon up in the second and third steeps. The mouthfeel is also quite appreciable on this one, which is something I really look for in a green tea. Mouth-filling and somewhat viscous.

Thanks for this one, Hoálatha!