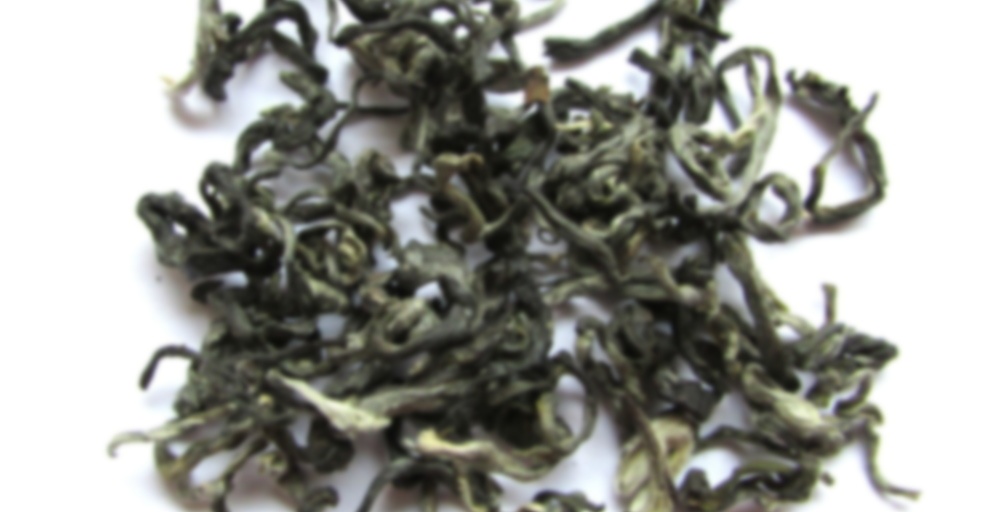 A smooth green tea with nice vegetal and nut notes.

Short review: I didn’t like this tea no matter how I brewed it, in stark contrast to What-Cha’s Vietnam “Fish Hook” Green Tea, which I really love. I recommend that one if you’re looking for a good Vietnamese green tea.

Long review: I received a sample of this with a recent order from What-Cha. This is the March 2018 crop. I really loved the Shan Tuyet black tea from Vietnam so I’m surprised that this green tea produced from the same mountain (same tea plants too maybe?) is unremarkable.

The tea is so very light in flavor, taking much more leaves than usual to extract a good amount of flavor. Even the color of the brew is quite pale compared to other green teas. Overall, the flavors are somewhat typical of green tea: vegetal, nutty, hints of green beans and peas.

The color of the leaves after brewing them is odd, kind of a sickly yellow-green, with some definite yellow areas on the leaves.

After wondering if I did something wrong in brewing this tea, the second time I made it I skipped my usual 80C/176F brewing temperature for green teas and followed What-Cha’s suggestion of 75C/167F (strangely low for a non-steamed green tea). In fact, that made it even more flavorless, and I feel I’d have to use way more leaves to extract much flavor.

What is wrong with this tea? Why do the leaves look so yellow once they’ve been hydrated and unrolled? It doesn’t look right to me. Maybe there’s nothing wrong and it just isn’t my tastes. I’m an enthusiast, not an expert. The leaves might be rolled too tightly. They don’t open up easily at the lower water temperatures required for brewing green tea.

Third time’s a charm right? I tried brewing a new batch with almost twice the amount of leaves. Flavor was still very light. It’s hard to describe, as the notes are not very pronounced. Almost tastes like a very young sheng puerh (and not a good one), vegetal, very mild floral, high amount of bitterness.

I honestly can’t recommend buying this tea. No way I could brew it seemed to do it justice. I always try different ways of brewing to see if I can find a way to enjoy a tea that I don’t like at first, as I really do not want to waste anything people worked hard to produce, but I have to sometimes come back to what an old Steepster friend once told me “Life’s too short to drink bad tea”, and just give up on it. That’s what happened here. Hopefully just a problem with this crop. I’ve heard there were horrible droughts last winter in parts of Asia.

It seems that I am starting to reach for Vietnamese green teas more frequently when I am in the mood for green tea. I suppose that is not all that surprising since I like a lot of Yunnan and Guangxi green teas, and I find that the aromas and flavors offered by a number of Vietnamese green teas are somewhat similar. This was a tea I rushed to buy simply because of where it originated. I have had a couple of wild black teas from the tea forests of Ha Giang and I enjoyed them, so trying a green tea from there was a no-brainer. Apparently, this tea and What-Cha’s other Shan Tuyet offerings are made from Camellia Sinensis var. pubilimba, a unique tea varietal native to Vietnam. This was an interesting tea, full of vegetal, nutty, and malty notes with a hint of what I can only describe as a sheng-like funk and unexpected fruit and flower impressions.

The dry tea leaves emitted somewhat pungent malty aromas with hints of vegetal character. The first infusion brought forth aromas of grass, spinach, kale, and corn husk. In the mouth, the liquor offered faint, delicate flavors. It started with a hint of sweetness on the entry before giving way to something of a young sheng funk with some brothy umami character and hints of grass, malt, and corn husk right before the finish. Subsequent infusions better brought out the grass, malt, and corn husk notes. The spinach and kale also started to impress themselves upon the palate. New notes of straw, hay, chestnut, hazelnut, asparagus, squash blossom, lettuce, wood, sour plum, tart cherry, and seaweed emerged too. At times, I even briefly detected entirely unexpected floral notes that reminded me of a combination of geranium, chrysanthemum, and marigold. The later infusions saw mineral notes emerge in a big way, though fleeting notes of lettuce, grass, chestnut, malt, spinach, and sheng-like funk were detectable until pretty much the end of the session.

Odd, yet aromatic and flavorful, this was a very satisfying green tea. Though it peaked rather early and faded quickly, it yielded a session that was more or less simultaneously enjoyable and fascinating from start to finish. I could see this tea appealing to adventurous green tea drinkers or Pu-erh fans looking to try something new.

Rasseru, What-Cha released three Shan Tuyet teas around the same time last year. There was this green, a standard black, and a ‘Pai Hao’ black if memory serves. I ended up buying all three. I’m going to try to get to the other two within the next month or two.