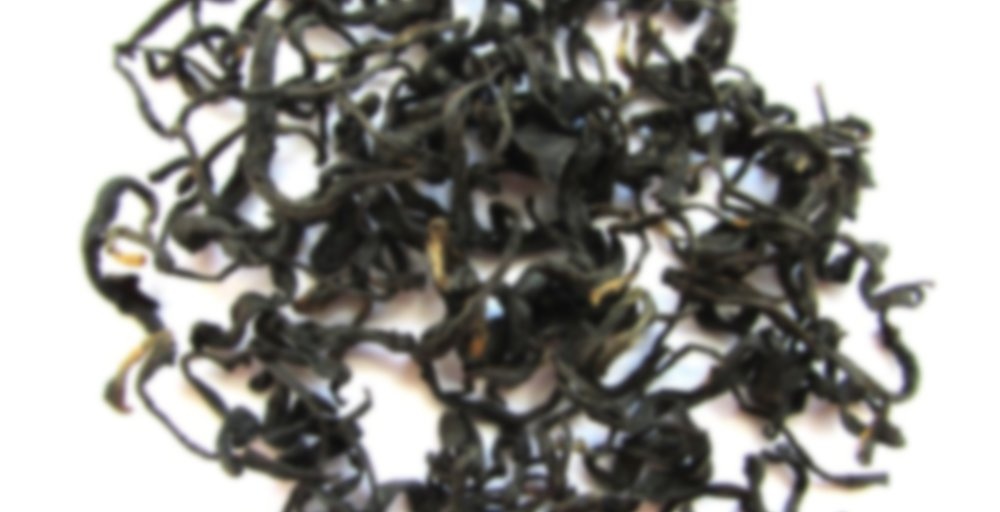 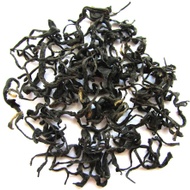 A unique black tea produced from abandoned tea bushes which have been left to grow wild. It has a very smooth sweet taste with lingering stone fruit notes.

Here is yet another older sipdown of mine. I am fairly certain this one comes from April of this year. I recall this tea being something of a pain to get through, not because it was unenjoyable, but because I was very busy and constantly rushed while trying to prepare notes for a review of it. Overall, I found it to be an enjoyable and very solid offering, but it also struck me as lacking in wow factor compared to some of the very best Georgian black teas.

I prepared this tea in the Western style. I steeped 3 grams of loose tea leaves in approximately 8 ounces of 203 F water for 5 minutes. I did not rinse the leaves prior to infusion nor did I attempt any additional infusions.

Like all of the Georgian black teas I have tried, this one was very creamy and smooth. It did display some nice fruit and spice notes, but I consistently wished they were a little more prevalent during my time with this tea. I also wished the chocolate notes were stronger. Really, this tea just needed a little bit more liveliness in the mouth, one or two amplified flavor components to balance out the strong malty, creamy, milky notes, and it would have been a true gem. As is, however, this tea was still a very nice offering. It just lacked that little something to launch it into that upper tier of Georgian black teas for me.

Any inkling to what your favorite Georgian tea has been?

The Georgian teas I have tried have all been very similar, but the ones that have stood out the most to me have been the Tammaz’s Tiny Tea Factory, Natela’s Gold Standard, Mrs. Leila’s, and Mr. Ramiz’s black teas from What-Cha.

Thanks – on to the wishlist they go for the future.

This has been my daily morning black tea for over a week and I’ve almost depleted the 25g bag. This tea has bright flavors to wake up the taste buds, bringing some alertness to my groggy mornings but the caffeine content seems to be on the lower end, so I find myself brewing an additional tea to take to work with me in the thermos.

Brewed western exclusively following What-Cha’s parameters of 2tsp per cup (8
oz), 200-205F, 4 minutes and I do a second steep for however long it takes me to get around to straining it, 6 minutes or more.

Strongish sour dried cherry at the forefront followed by some maltiness but nothing intense, whole wheat cereal flakes, cedar, cherry wood, prunes, both muted cream and butter, hints of cacao, sweet-tart. The butter and cream are deeper in the finish than while sipping. I get the feeling this tea is a bit more complex than my morning palate can discern. Second steep can get sandpapery astringent if brewed way too long, like 20 minutes. Otherwise, it’s a smooth, slightly drying tea and stacking both steeps in my thermos seems to take care of that astringency if I’m taking too long to get ready.

This tea is autumn and sweaters and maybe some old man and old woman. Good for these cool and foggy, coastal California pre-dawn summer hours. A lot like the Georgia ‘Phoenix’ Black Tea offered by What-Cha but much less astringent and red-fruitier in tone.

You had me at malty and autumn and sweaters. DEFINITELY my cup of tea, then!

It’s not heavy with malt, more of a light to medium black tea. So much lovely tart dried cherry and prune. Tastes great when cooled to room temp, too.

I’m probably going to rate it higher in the near future. Thank you Alistair for this great sample!

So, I’ve found that wild teas tend to be fruity, almost no matter where they come from. Okay, overstatement has ended. I liked this tea a lot. Dryleaf has a little bit of the much desired and imagined cocoa-nib scent, and tasting it, it is very smooth and viscous, but light yet fruity. I got a little bit of plum, berry, and maybe nectarine. Either way, stone fruit and maybe berry. And yes, there is a little bit of cocoa in the aftertaste. It goes down smooth. I thought I was craving a greener tea this morning, but this proved me wrong. I could see this as a very good quality daily drinker…nevermind you would be set with any What-Cha tea as a great daily drinker.

I do think that Western was better since it is a little bit lighter than other teas, but it’s still good. Recommended.

I put in a big What-Cha order — including Georgia Wild Black — this week since I was running low on black teas and these flavored teas I’ve been drinking are overwhelming. Good to know this one is a quality daily drinker. I’ve been doing a lot of western brews during the week since I have to wake up at 3 am for work.