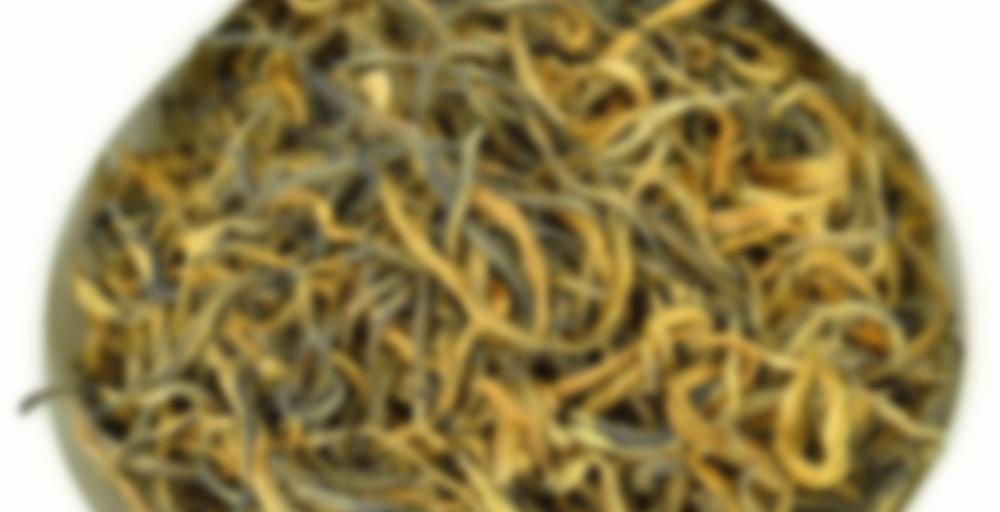 This Yunnan varietal of Black tea is created from highest grade small bud Feng Qing Spring season tea. This tea is picked when the buds are still young, the tea is then rolled, briefly fermented and then wok-dried by hand. The flavor is among the smoothest of any Black tea I have ever tasted. The tea liquor is a super clear golden yellow and the aroma is penetrating and clean.

An elegant Yunnan black tea with a smooth, creamy texture and a nutty/woody profile. In particular, the flavour reminds me of walnut shells, cocoa beans, bread, and cedar wood. There is a nice brown sugar sweetness that comes to the surface especially in the aftertaste. The aromas are not too pungent and besides the classic malty ones include notes of strawberries and fir trees. I also found the cha qi to be quite warming and strong for a black tea of this kind.

Drinking this one myself today!

I know I stated that I intended to post reviews of the rest of the teas I drank in October, November, and December before moving on to anything consumed in January in one of my most recent reviews, but I very quickly changed my mind about that. For one thing, I wanted to get some of my more recent sipdowns reviewed while they were still fresh in my mind, and for another, this tea was just so captivating that I could not resist the urge to go ahead and post a review of it. I finished a 50 gram pouch of this tea last night, and quite frankly, I was very sad to see it go as it was one of the very best Yunnan black teas I have ever tried.

Prior to the rinse, the dry tea buds produced aromas of baked bread, malt, cream, sweet potato, pine, and eucalyptus. After the rinse, I detected new aromas of roasted peanut, black pepper, cinnamon, and nutmeg. The first infusion then introduced subtle aromas of roasted almond and cocoa alongside a stronger scent of juniper. In the mouth, the tea liquor presented notes of malt, pine, cream, baked bread, and sweet potato that were chased by impressions of black pepper, eucalyptus, cinnamon, and juniper before hints of cocoa, roasted peanut, marshmallow, caramel, and roasted almond made themselves known. Subsequent infusions introduced aromas of marshmallow, camphor, cedar, clove, fennel, caramel, lemon zest, and orange zest as well as subtler, more fleeting scents of earth, tobacco, and molasses. New notes of minerals, butter, molasses, clove, cedar, fennel, camphor, earth, orange zest, and lemon zest came out in the mouth alongside stronger notes of cocoa, caramel, and marshmallow. Impressions of nutmeg also belatedly appeared in the mouth, and I caught some hints of sugarcane, apricot, tobacco, green beans, celery, and green olive too. As the tea faded, the liquor offered notes of minerals, roasted peanut, cream, malt, lemon zest, and orange zest that were underscored by lingering hints of cocoa, sweet potato, roasted almond, baked bread, cinnamon, black pepper, juniper, tobacco, eucalyptus, camphor, and marshmallow. Somewhat stronger impressions of green beans, celery, and green olive lingered in the mouth after each swallow.

This was a ridiculously complex and challenging Dian Hong, but it was also tremendously enjoyable at the same time. Once again, the Feng Qing Dian Hong Group managed to impress me with their work. Definitely give this tea a shot if you have any interest in Yunnan black teas and are familiar with Feng Qing teas.

I tried to space out of each of my infusions so that the tea did not exhaust itself as quickly. I’m pretty sure this tea was the same as What-Cha’s China Yunnan Golden Buds Black Tea from spring 2017, but oddly, I kept this going much longer and got much more out of it. I don’t know if the additional time in storage had anything to do with that or if it was just the fact that I have been drinking more Feng Qing tea lately. I know my palate has changed considerably in the space of the last 6-7 months, so I’m sure that had an effect.

Thank you for the extra detail. :D It helps me learn.