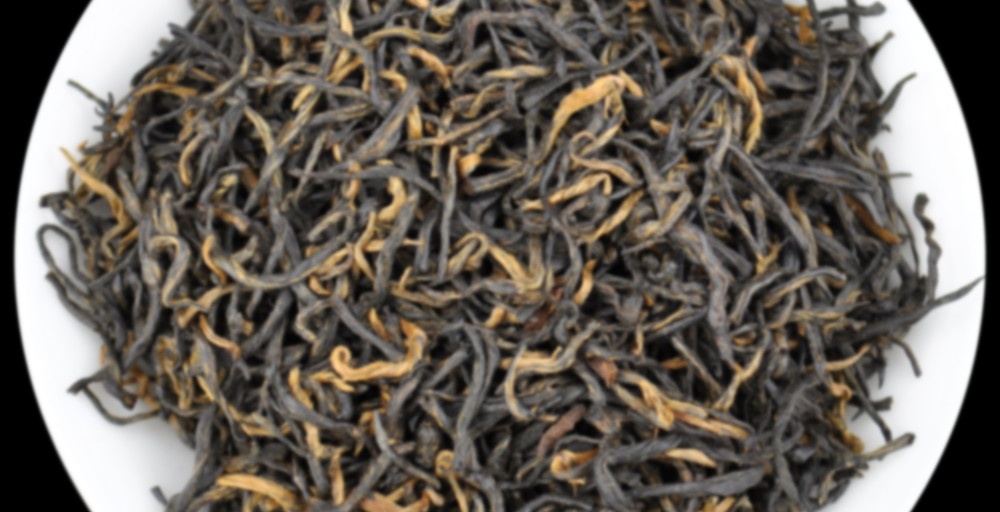 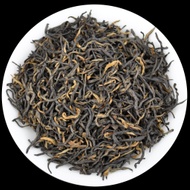 Use 85-90c spring water. Wash once with small amount of water and use that to rinse the cups. 2nd infusion keep infusion time to 10 or 15 seconds only. Gradually increase steeping time. This is a delicate tea, so don’t use too much tea, time or heat on it!

This tea is nice, but I find I tend to prefer less tippy black teas, which are more robust, display more complexity, and are also often cheaper. The most notable aspect of it is the soft and velvety mouthfeel I’d say.

As for the dry leaf aroma, it has notes of cocoa and bread, while the wet leaves smell of wood and cranberry. The taste profile is actually not that different. There are flavours of cocoa butter, sugar, tree bark, plum, and burnt bread. It is more tangy and tart than an average black tea of similar kind I think.

This was another June sipdown. I’ll eventually get through all of them. I know I had initially intended to drink and review this tea back in May, but I took a little extra time with a few other teas and then took an extended break from reviewing, so I did not get around to drinking this tea until June, and now I’m finally getting around to reviewing it. Like most of the other Jin Jun Mei carried by Yunnan Sourcing, this one was rock solid if not truly exceptional.

Prior to the rinse, the dry tea buds emitted aromas of baked bread, malt, sweet potato, pine, cinnamon, and cedar. After the rinse, I detected new aromas of dark chocolate, sugarcane, honey, and roasted peanut. The first infusion introduced aromas of vanilla and cream along with a subtle banana scent. In the mouth, the tea liquor presented notes of baked bread, malt, cream, cinnamon, honey, pine, sweet potato, and dark chocolate that were balanced by hints of smoke, sugarcane, lemon zest, brown toast, and earth. The subsequent infusions introduced aromas of minerals, moss, earth, grass, toast, and orange zest, though I also caught some very subtle green olive scents as well. Stronger and more immediate impressions of earth, brown toast, sugarcane, and lemon zest appeared in the mouth alongside belatedly emerging notes of roasted peanut, vanilla, and cedar and fleeting hints of banana. I also noted impressions of minerals, grass, ginger, moss, and orange zest that were accompanied by hints of leather and green olive. As the tea faded, the liquor emphasized notes of minerals, malt, cream, brown toast, baked bread, and earth that were backed by hints of sugarcane, vanilla, grass, pine, lemon zest, roasted peanut, and dark chocolate.

This was a very nice and very drinkable Jin Jun Mei, but it peaked quickly and faded even more quickly. I really had to push myself to get the number of infusions out of it that I did. As a fan of relatively lengthy gongfu sessions, I found that disappointing, but I also appreciated this tea’s approachability and the fact that it offered some aromas and flavors that I do not normally get out of Jin Jun Mei. Overall, this one was a mixed bag, but I found much more to appreciate than to fault.

There used to be a Fujian black tea called Emperors Red that I used to get from a company called Special Teas that was tragically the victim of a hostile takeover by Teavana several years ago. This tea had a lovely Benzdorp cocoa and biscuit malt note. When Special Teas was cannibalized I could not find another to compare. I’ve had multiple golden, black and red monkeys as well as Keemun teas. A few had some similar notes but none came close to the elusive Emperors Red. Then I found this tea. It not only has everything I loved about the Emperors Red. It one ups it with floral notes that resemble the smell of the wild, invasive multiflora roses that grow in Pennsylvania and bloom in a June. This tea is not highly complex. It is cocoa, biscuit malt and a hint of multiflora rose. Special Teas Emperors Red had quite the following so if you are reading this and missed this tea . Try this stuff.

Got this yesterday. It is pretty nice. It has a malty note and I would say a chocolate note. Can’t say that it is better or worse than last year’s tea.

I brewed this one time in a Teavana Glass Perfect Tea Maker/Gravity Steeper with 3 tsp leaf and 200 degree water for 3 minutes.