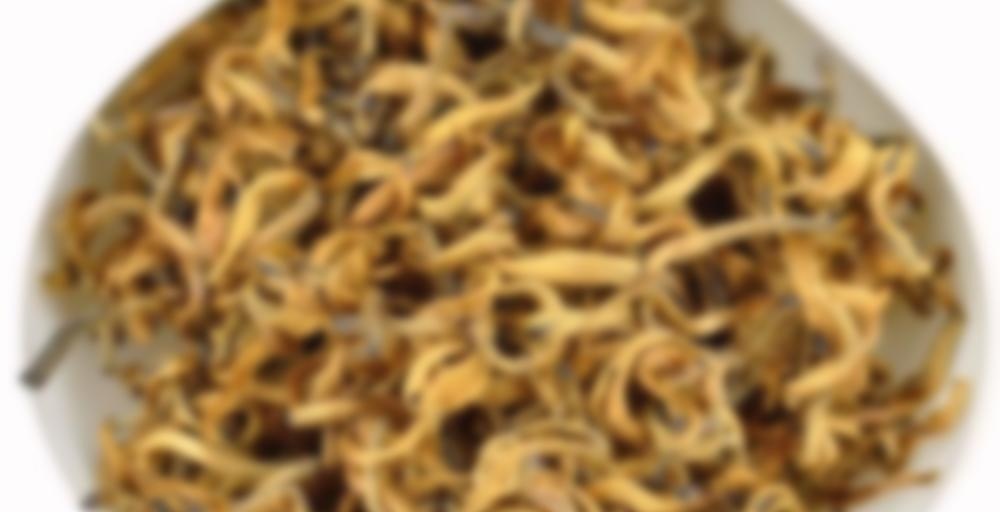 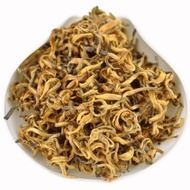 An incredible premium pure bud black tea. Made from the highest quality high altitude material from Ning’Er county of Simao. Only young bud sprouts are picked and then expertly processed into this delicate and textured Imperial grade black tea!

The tea’s aroma smells of fruit and sugarcane. Sweet in the mouth, with plenty of texture that fills the mouth with a comfortable feeling.

Alright, here is my last review of the day. This was another of my sipdowns from either June or July. I know I finished what I had of this tea a couple days after I finished the second of the Yunnan bi luo chun black teas. At the time I was drinking this tea, I remembered that I had enjoyed the 2017 version, but I had not been totally in love with it. This spring 2018 production was noticeably better.

Prior to the rinse, the dry tea buds presented aromas of chocolate, malt, sugarcane, and pine. After the rinse, I picked up new aromas of baked bread, sweet potato, and green bell pepper. The first infusion introduced aromas of roasted almond, cream, vanilla, banana, and roasted peanut. In the mouth, the tea liquor offered up notes of malt, cream, roasted almond, roasted peanut, green bell pepper, and pine that were chased by hints of cinnamon, sweet potato, chocolate, sugarcane, and banana. The subsequent infusions coaxed out aromas of orange zest, earth, caramel, marshmallow, and plum. Subtle notes of baked bread and vanilla came out in the mouth alongside stronger and more immediately evident impressions of sugarcane, banana, sweet potato, and chocolate. I also picked up notes of minerals, molasses, caramel, earth, cooked green beans, orange zest, black pepper, marshmallow, lemon zest, plum, and black cherry. Fleeting hints of clove and eucalyptus could also be picked up here and there. As the tea settled and faded, the liquor began to emphasize notes of minerals, malt, cream, orange zest, earth, sugarcane, and lemon zest that were balanced by hints of chocolate, pine, cinnamon, caramel, sweet potato, plum, and roasted almond.

Compared to the spring 2017 version of this tea, this offering was smoother yet deeper and more consistently engaging. Nothing came across as being out of place or out of focus. Everything worked together beautifully. Overall, this was just an expertly crafted and superbly balanced Yunnan black tea. I would recommend it without hesitation to anyone looking for a balanced, sophisticated, mellow black tea with a good deal of complexity and depth.

Good to see you old friend!