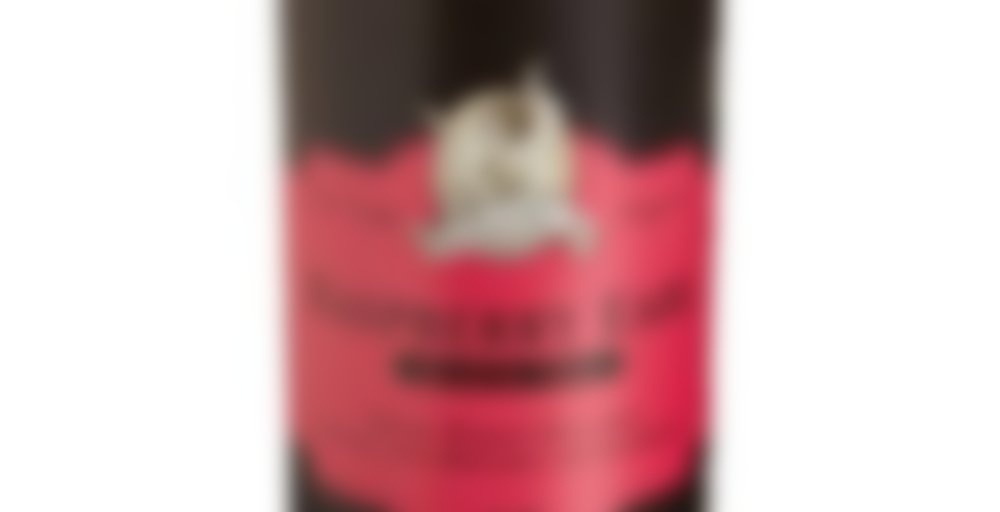 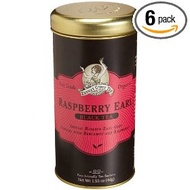 by Zhena's Gypsy Tea
71
You

with 59 Ratings Rate this tea Rate This Tea

The floral aroma of juicy raspberries is perhaps the perfect complement to the sweet citrus and full-bodied flavor of Earl Grey. This more exceptional version of this classic tea is artisan hand-crafted in small batches and infused with only top-grade essential oils of real fruit to brew a sweet, succulent cup.

Steep in boiling water for 3-5 minutes.

When I got the Golden Moon newsletter, I about lost it. I can make iced tea that quickly? Four minutes and ice, no heating water? This is too good to be true. I dropped two of these sachets in a cup, went outside to water my plants, came back in and added ice. I expected slightly tea flavored water, but it’s pretty good. Not as strong as when I cold brew, obviously, but still good enough to drink.

Of course it wasn’t even that hot outside because the humidity is incredibly low. But it still feels good to come back in and have a nice refreshing cup of iced tea. And now, I only have 2 sachets left which means another tea bites the dust soon, yay!

A chameleon of a tea: starts of with lovely raspberry taking over the EG notes, then the EG pops up as it cools to say hello, and when cold, it’s lost most of the raspberry and gains the perfumey floral flavor I equate with bergamot oil. Lovely piping hot, loved it less as it cooled.

Finally used this whole tin up! Not terrible, but I definitely won’t repurchase (in fact, I don’t plan on buying any more Zhena’s teas… they’ve all been disappointing, unfortunately).

Sad to hear this, was hoping the raspberry earl would be a great treat.

There’s really no “raspberry” note to speak of, honestly!

Hi Alannah, looks like your tea cabinet has the Zhena old tea in it- those tins haven’t been in the stores for 4 years/ maybe the raspberries got old? Only mentioning this because it’s my fave tea in the world!

To be honest, by now the tea I had was very old but I’ve been drinking it since it first came out and I never tasted any raspberry! I just have never been impressed by anything I’ve tried by Zhena’s (new or old).

Raspberry Earl Grey! It’s like something I’d make up for myself!

First of all, this tea smells great before it’s brewed. Strong on the raspberry, but not so strong that it reminds me of candy. It’s more like the actual dried fruit. The aroma of bergamot is there, but just barely. Sort of hiding behind the raspberry, but that might be a good thing. One wouldn’t want them to clash.

As far as the flavor goes, it’s much smoother than I expected. The black tea aspect is gentle, but mildly astringent. It’s mostly there in the aftertaste, backing up the fruit. Raspberry is definitely the most dominant flavor. So much, that if I hadn’t known this was an Earl Grey, I probably wouldn’t have guessed it. However, there is a bit of a tingling, cooling sensation that must be the bergamot shining through. I wouldn’t exactly call this an Earl Grey because of my own preferences, but it’s still a good tea. I’m going to enjoy finishing my sample.

I just realized that I passed 500 tasting notes without realizing it. Go me. :D

I’m drinking this tea with milk and it takes the edge off of the earl grey, but I still can’t taste any raspberry. I’m seriously wondering whether I got a defective batch that didn’t have anything added to it. :(

Boiling 5 min, 0 sec
Yours I Like This
9 likes
2 comments
Edit

Shame. Sounds like it ought to be a wonderful combination otherwise.

It does sound good on paper – I was expecting something wonderfully berryish with a bit of tartness. Sadly the reality is a letdown. :(

This is from Sunday and last night whilst “getting our Abbey on” at my sister’s house. We watched the season 3 premiere a week ago, the after watching the second/third episode this Sunday on PBS my sister begged my husband to download the rest of the season for us (seeing as it had already aired in the UK in the fall culminating at Christmas and she will be buying the dvds eventually).

We had had our own separate marathons of the next five episodes then got together last night, (my mum included who has watched the last three seasons in a week!) to watch the Christmas Special. Will not spoil, but very upset, poor British people having to deal with that on Christmas, hope they watched the Doctor to cheer themselves up. Brother in-law refuses to continue to watch.

Anywho, I picked this up at the grocery store along with Twinning’s Traditional Earl Grey, both of which can stay with her. It’s decent for a bagged tea, had to use two bags, nice balance of bergamot and raspberry, tea itself not the strong, but I don’t suppose that’s the point. It fit the bill and was yummy with scones!

I just ordered the DVD’s myself so I can catchup!

Enjoying some Raspberry Earl Grey this morning. This is one that I’ve not had in a while… I quite enjoy it.

I wrote a review for this some time ago:

I will say that this time around, I can smell more of the raspberry in the dry leaf, and the bergamot and raspberry are somewhat united to create their own unique scent. It’s quite nice. I wish that this aroma was as strong in the liquor.

Just tried making my own raspberry earl grey. I will write a review soon, it didn’t turn out as I expected! Nice to hear what you make of it

Lord’s Day Apr. 10, 2011
1st Steep Of the Day
Took a Cup Of Zhena’s Raspberry Earl on the Road.
This Cup was To Good to Make the Whole Trip.
On a Nice Warm Spring Morning Drive to Church.
This Cup didn’t Last Long.
Good Earl Grey with a Bold Raspberry Accent.
I’ll Have to Make 2 Cups to Complete the Drive to Virginia.
Keep on Steepin

Backlogging this from yesterday morning. I was pretty yummy has a really strong raspberry smell! It is not really strong on the earl grey scent or flavor. It is more like a raspberry black tea with just a hint of earl grey in the background. I quite enjoyed it though!!!!

Boiling 5 min, 0 sec
Yours I Like This
4 likes
7 comments
Edit

I love the idea of this – earl grey with a twist :)

Back in May I bought a sample pack of Zhena’s teas because I liked the four seperate compartments in the tin. I think it will be great for taking multiple teas on the road with me and it should fit perfectly in my camera case. I’m finally finishing up the last few bags from the sampler and I have to say they were pretty mediocre, but at least the tin is cool.

I thought that out of all of the teas in the sampler I would like this one the best since I’m a fan of Earl Grey, but I didn’t expect the raspberry to have such a strong presence. I had hoped it would just lend a bit of sweetness to the EG, but it gave the tea a rather odd, somewhat berry-like flavor that wasn’t quite raspberry. I wish the EG would have stood out more and the raspberry less.