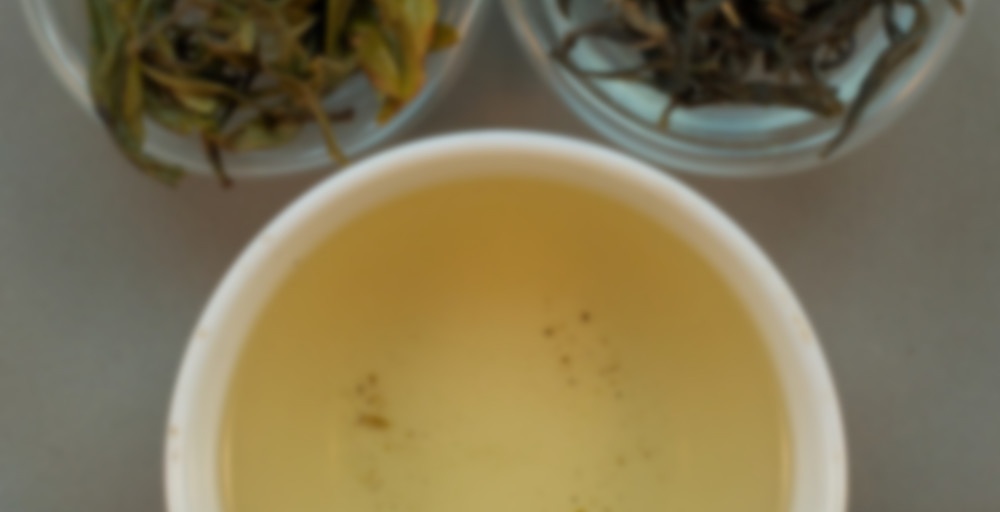 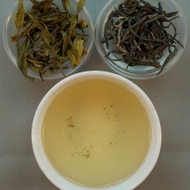 Wow. I didn’t know what to expect from such a unique tea. This sheng Puer is scented with an herb called “nuo mi xiang” that has the same aroma as glutenous (sticky) rice, the type very popular in Thailand, Vietnam, and Laos. This rice has a very firm, chewy texture and can easily be picked up in large chunks after steaming in a bamboo basket over a large pot. It has a similar fragrance to jasmine rice, hints of jasmine flowers, nutty, creamy, faint whispers of star anise.

I can definitely agree that this tea has the same aroma. It’s almost like a concentrated and more potent version of it, in fact. The sheng lends a bit of smoky smell as well. After the first infusion, a much more pungent vegetal scent comes from the leaves. On the first infusion, I’m tasting, surprisingly, more sticky rice flavor than sheng. It’s incredible, really. I love the flavor of this type of rice, so this is a treat. Again, much with the aroma, the flavor is really just an amplified version of the flavor of glutenous rice. It is a little bit sweeter, and has a bit of a smoky finish from the sheng.

In the second infusion, the flavor of sticky rice is a little more integrated with the sheng flavor, which is peppery and a little smokey more than anything. This tastes like a meal in a cup. Yum.

By the third infusion (gongfu brewing in a porcelain gaiwan) this tea has a more woody flavor, the sticky rice notes are light and rather creamy, and the aftertaste a bit peppery. The fourth infusion has a lighter, creamier nature overall, with less pepper.

I’m a big fan of sheng and of sticky rice, so this tea is a match made in paradise for me. You can tell that great care has been taken in the scenting process because neither the herb nor the tea overpower one another in any infusion. They complement each other rather well. Neither add an “off” flavor to the tea, and neither are trying to mask something. It’s a yin and yang balance that works very well.

Since Tealet is now a wholesaler only, I’ll be on the lookout for where to buy this tea in smaller retail batches (got the sample directly from Tealet at the Midwest Tea Fest). This one’s on the list for me to purchase when I can afford more tea.

I have tried sticky rice sheng (and oolong too) that have had the flavouring added. Each time I did not like because the sticky rice flavour was extremely intense and sickening. This one sounds interesting but not easy to come by.

So far I have found two vendors that sell it: Traveling Tea, and Leaves of Cha. It isn’t cheap at either, but I’ll be getting some at some point because I really love it. I thought the sticky rice flavor was pretty prominent in the first infusion or two, but in a good way.