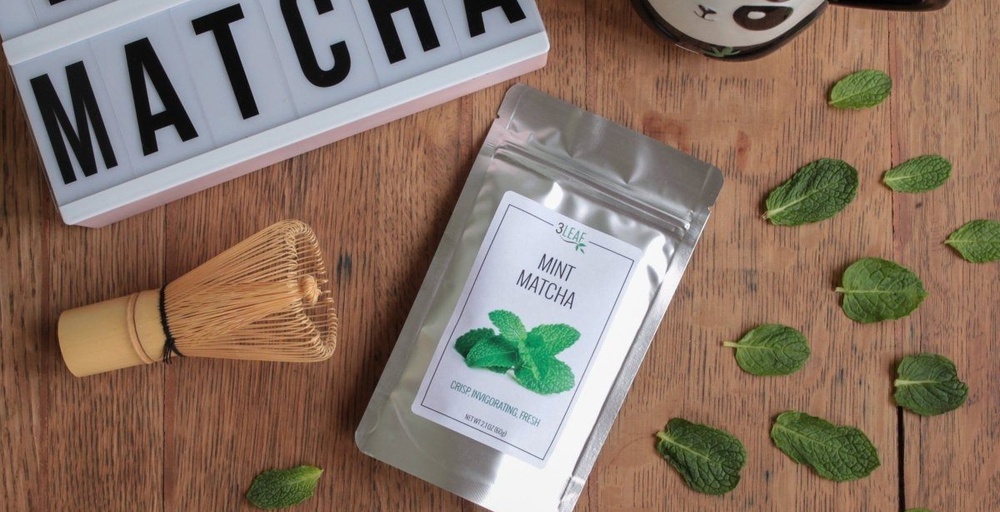 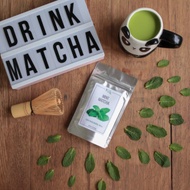 We took our premium grade matcha and infused it with crisp, fresh mint. Perfect for drinking hot or iced.

I got this in a Sipsby box and thought I could sort of recreate a tangerine mojito I had at a restaurant in Toronto. I did this by putting this matcha in tangerine lemonade except I got no mint that way. So, I tried the matcha just in water and basically it tasted like grass. This just wasn’t great.

This one was also from this afternoon. I haven’t had matcha in an eternity, so made this one in to a latte. Overall as a result this one was totally fine. I probably should have had it straight but flavoured matcha for me was always more about lattes and smoothies :) Thanks VariaTEA!

Good matcha, I like the mint flavor. It is unsweetened which is nice.

Got this one in my Sipsby box! I’ve never actually found a mint flavoured matcha I’ve liked so I wasn’t so much excited about the particular flavour of the matcha I received BUT I was excited to get something from this company. I’ve been fascinated by them for a while but since they don’t offer Canadian shipping I haven’t been able to do anything about it…

Added a little bit of milk to this one.

Flavour wise? This actually MIGHT be the best mint matcha I’ve had to date but that said I still don’t like it that much. I think mint matcha just isn’t my thing- but it’s well balanced with the natural taste of the matcha itself and quite smooth/creamy. Not overly sweet, either. I think if you were someone who actually liked the idea of a mint matcha that this would be a really solid, enjoyable option. For me though? It’s just kind of average.