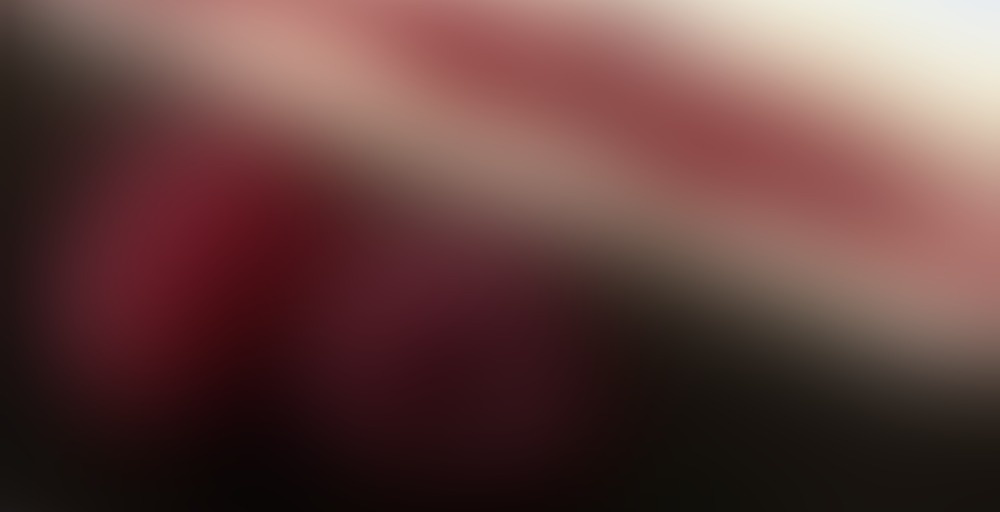 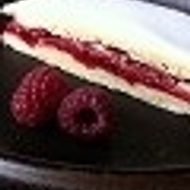 This week’s tea was inspired by a suggestion from our friend Marzipan on Steepster. She wrote me saying: “You may have done some like this in the past, but I was dreaming a little bit today and thought I would pass along my thoughts. I married a Danish man, so I have come to love many of their foods (that’s why my nickname is Marzipan). One of those is called hindbaersnitter, which literally means “raspberry cuts”. It can be found in any Danish bakery. I make it here at home sometimes, and it is basically a much better, homemade, huge raspberry pop tart. It’s two shortbread like pastries rolled thin, with raspberry jam in the middle and confectioners sugar glaze on top. I could see this as a fun tea, maybe with raspberry and cake flavors, plus it has icing on the top (so a little sweet), and sprinkles, so there could be sprinkles in the mix.”Now having never had hindbaersnitter (and yes, I have to double-check my spelling EVERY time I type that), I had to sort of imagine what it would be like. I imagined the sweet hay-like shou mei blended with freeze-dried raspberries and pastry notes along with a touch of sweetness, and I think I’ve struck on something delicious, but I’ll let you be the judge.

I am currently in a terrible mood; toddler is sick so has to stay at home (again), and I’m grumpy because we’re wasting so much money on childcare that we’re not using; I’m dealing with two $45 NSF charges because of unauthorized withdrawals of a large amount of money from my bank account, that bounced (clerical errors by a company we deal with); and major customer service issues with a different company while attempting to resolve a minor customer service issue (which is both hilarious and extremely frustrating).

On a positive note, this is is freaking delicious today. I have no idea why. It tastes like a delicious, lightly smoky aged white with fruity overtones.

That is an awful lot to deal with! I hope things get better soon. Meanwhile, I hope you can take a deep breath, close your eyes, and have some smashingly good tea!

This one promised to be a favorite as I love flavored white teas. I’m loving white teas more and more. I’ve never actually tried whatever the inspiration for this one is. But raspberries should work for me! There is certainly plenty of buzzy lingering raspberry flavor here that balances with the flavor of the white tea. I didn’t see any actual raspberries in the blend. Does it taste like anything dessert? Not really… it’s raspberry. But then I don’t really know what other ingredients SHOULD be in this dessert, so I’m fine with the raspberries.
Steep #1 // 2 tsps. // 30 min after boiling // less than 2 min steep
Steep #2 // 25 min after boiling // 2 1/2 min

Drinking this as a cold brew again at work today. It was just so delicious last time, I couldn’t resist giving it another go before iced tea season is officially over. It’s cold in the mornings now, and I can’t see myself wanting a cold drink during the day as often anymore. Still, hopefully a couple more weeks to enjoy before it’s hot tea all the way!

This is as delicious as I remember, anyway. The raspberry note is strong and clear, a little candy-like. There’s also a sweet, delicate shortbreadiness. I have yet to try this hot, but I’ll get around to it over the next couple of weeks. Good raspberry tea is a wonderful, wonderful thing, and I have high hopes for my continuing relationship with this one!

I’ve never tried real hindbaersnitter but after learning of its existence (through this tea) I actually started looking for local bakeries to see if I could find one that made such a thing because it sounds like something I need to try. I like pop tarts, and I can’t help but think that a thin, buttery shortbread cookie type pastry would taste better than the dough-y stuff that encases the fillings of a pop tart. So I want to try hindbaersnitter, but I was not successful in finding a bakery that made the stuff. (Note: stuff is easier to type than hindbaersnitter.)

Anyway, I definitely enjoyed the tea. The delicate Shou Mei seemed the ideal base for this, so that the buttery flavors of the shortbread pastry could be tasted with the sweet-tart notes of the raspberry. The raspberry pops in the aftertaste.

I liked this. It reminds me a lot of the raspberry thumbprint cookies my gramma used to make.

They are pretty easy to make. http://mydanishkitchen.com/tag/hindbærsnitter/. This is the recipe I use.

It looks easier to make than it is to spell.

Finally trying this one from the 52Teas order I made months ago. It’s the last one I had left to try, and I was really craving fruit tea tonight so it seemed perfect.

Dry this is definitely very, very sweet raspberry! It’s really borderline between candy and realistic raspberries too. It’s supposed to be like Raspberry Poptarts, right? I suppose that would make sense. Raspberry poptarts are like very sugared up raspberry jam infused biscuits. That’s a weird poptart description, but fuck it.

Steeped up; this is pretty damn good! It’s very flavourful and very raspberry, and I do get a glaze/icing vibe from it on top of the honey/hay notes in the base. Anything pastry/bread like is lost on me though. Oh well, it’s still quite tasty! I’m imagining it’d be good iced or cold brewed, so that’s probably how I’ll try it next time.

So concluding thoughts: I think this is yummy and really flavourful with a superb raspberry taste. Having never had Hindbaersnitter I can’t comment with certainty as to the accuracy of the flavour, but I can vaguely see the comparison to Raspberry Poptarts. I think I will happily finish off the rest of the pouch, but if this were to be reblended (and assuming it would taste the same) would I get it again? Probably not; I think I could find better raspberry white tea for a better price, given that a pouch if this is only an ounce of tea.

Still, I’m happy drinking it right now! Thanks Marzipan for suggesting this one to Frank!

I received a package from Marzipan the same day as the Butiki TTB2. I have quite a bit of tea I want to try from that but this tea cut in front of the line. It did not dissapoint. I gave it a whif while it was steeping and it smelled of fresh raspberries. It tasted just like raspberries and a little of white tea. I might try steeping it a little longer next time to help the white tea shine through. I don’t get a lot of pastry flavor but I bet if I add sugar it would taste very much like a sugary treat.

Scheherazade kindly shared a sample of this with me and I have to say that it is quite nice. My first sip, I definitely noticed the raspberry and as I continue to drink, I detect the sugar glaze as well. Both flavors pair beautifully with the base. I am not sure I am really getting “pastry” notes per se but the base mixed with the other flavors can lend itself to the notion of a baked good if you put your mind to it.

I feel like I did something wrong with this tea … but I also enjoyed it. Yay for flexible tea?

Also: if anyone has steeping instructions for 52Teas white blends, please share with me! I’m in the dark on the best way to brew this and I really don’t trust my own judgement.

Dry, this smells heavily of raspberries. Steeped, this tastes like a mixture of raspberries, white tea, pastry, and a hint of confectioner’s sugar. On my first sip, I was honestly shocked to be able to taste confectioner’s sugar! 52Teas does do a good job flavoring their teas! As I sipped, the sugary taste devolved into raspberries and pastry crust. Not sure this one is my favorite, but I enjoyed it.

I love this: “I really don’t trust my own judgement” haha

I don’t necessarily have 52Teas’ steeping instructions for white tea, but here are my basic steeping parameters for white tea: low temperature, usually 160 – 175 degrees F. Steep time is usually 3 1/2 minutes to 5 minutes, depending upon how low a temp I use. If I use 175, I go with 3 1/2 minutes, if I go lower, I adjust the brew time, brewing a little longer for a lower temperature water.

I hope that made sense.

That’s awesome! Thank you – I’m going to try that next time I make this one!

I’m drinking this tea now with milk and rock sugar and it is very nice. The raspberry taste is very present and it is a great white tea. I let mine steep for about 5 minutes which is probably longer than what is normal for white tea, but it’s not bitter.

I met Marzipan in real life today, and she gave me some of her special 52 teas blend! THANKS! :D

I’ve never had one of Franks white tea blends, this is exciting! I am drinking this unsweetened right now but I think I’ll probably add a little sugar to my next cup to up the jammy qualities. It has a nice raspberry flavor! The white tea is somewhat bland, but I think some sugar would really make this one pop. I’ll give it a rating next time when I taste it that way, but so far I do like this one.

Yours I Like This
19 likes
6 comments
Edit
keychange
Delete

so cool that you guys met IRL!

I know! I was so excited! My first Steepster meetup! We figured out that we live in neighboring cities :) Wish I could meet more of you guys!

I’ve met three Steepster people before, although two were brief. Kittenna, Janelle, and Lala (I had tea with Lala). It was very cool! It’s especially neat to me since I don’t live in Major city, so I was very surprised to find people in my area :) @Keychange, if you ever get the chance I totally recommend doing it!

Had a great time!

I’m jealous too! Sounds so fun!