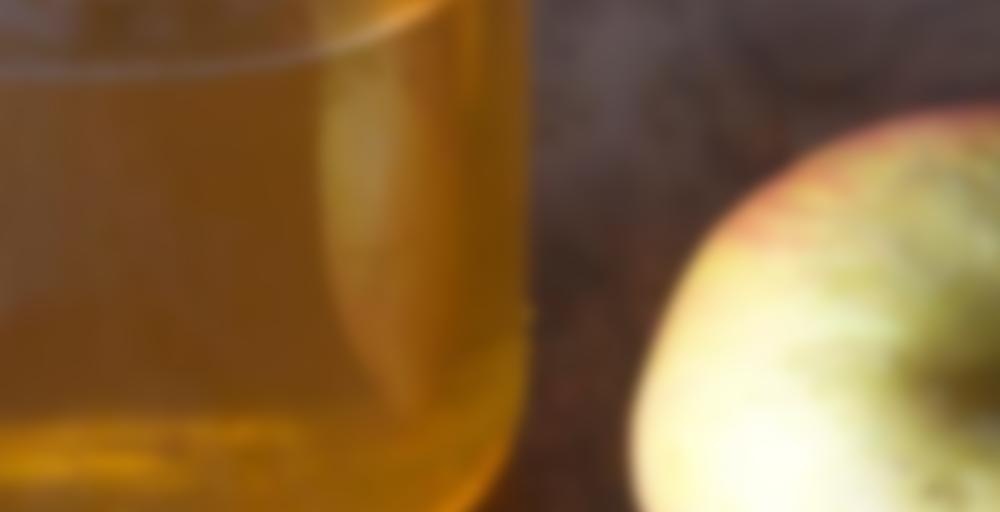 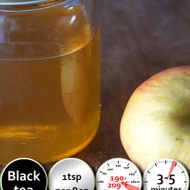 A Mokalbari Estate GFOP Assam blended with freeze-dried apple pieces, and organic apple and brandy flavors. This rich Assam base has a long and wiry leaf style with some golden tips and makes a beautiful cuppa with the hints of apple and brandy.

First cup of the morning. I have to say, I’m not particularly wowed by this one. It has a very faint sweet apple flavour, no brandy to speak of, and the assam base seems quite thin and weak. All this, despite using nearly 2 tsp of leaf and a 4 minute brew time. It’s pleasant enough, but it’s not really living up to its name. Sad face.

Decided it was time to have this tea. As it is almost Autumn. The scent is a nice apple. And I get some brandy too. There is a sweet apple flavour. Makes me think of apple pastries, actually. Has a some of the Assam base in the flavour, but not much.

I’m so excited for Autumn – this month’s teas will really reflect that!

I first tried this tea with about 1.5 tsp and didn’t get much of an apple or brandy flavor to it. The second time around, I doubled it to about 3 tsp and a mild apple/brandy flavor emerged. I then added a dash of milk and sugar to see what that would do. It highlighted an apple smell nicely but didn’t bring out too much more in terms of flavor.

I can see this being a fine session tea. It isn’t anything that pops out or wows you but it is nice, mild, and has a mild background flavor to it.

I took this tea with milk this morning as an experiment and I found the results to be pretty enjoyable. In my last note I said this tea was also more like a Darjeeling than an Assam – but this time the robustness of the Assam is much more evident and it holds up well to the milk. It tames some of the wine/brandy flavours and I can taste the apple a bit more clearly.

Pick number 8. It was really odd but this one smelled like banana laffy taffy when dry. That’s okay though I like banana laffy taffy. Once steeped the tea looses any hint of banana scent and is more weak apple cider smelling.
The taste however is all brandy and tea, which I think was due to the fact I only ended up with one apple chunk in my steeper. It looses the brandy flavor as it cools though.
Don’t think I would get this one again. Though since I still have some, next time I will try with a little stevia and see if that is better.

Sipping on a cup of this now and writing my review for it for SororiTea Sisters – it won’t appear there until later this month.

I like the base of Assam for this blend. It’s difficult to tell if this is a “wine-like” Assam with the brandy flavors but since I’m not picking up on a strong malty presence I’m going to go with a “wine-like” Assam. I do taste hints of malt, but it’s not as obvious a taste as I usually get from an Assam. I do taste the brandy, though, and as one who doesn’t really drink a lot of alcohol, I wouldn’t really know the difference between a brandy or a wine, but I do taste that wine-like or brandy-like flavor.

And then there is apple. The apple is a nice flavor to go with the brandy and the Assam. It’s crisp and adds a nice sweetness to the cup.

Overall, this is a pleasant cup. I recommend letting it cool just slightly (still hot but not piping hot) because I found that the flavors developed with some cool time.

And I’ve decided that I’m no longer going to rate teas numerically. You’ll learn more about why later.

This was pretty tasty – it was very apple-y, as I hoped and expected. I can’t say I’ve had enough brandy to taste it in a strong sense, but it did have what felt like a boozy must that was just a hint. I’d say it was more like apple brandy light on the brandy, but tasty nonetheless.

I didn’t think it was anything great. It tasted better as it cooled, but I really wasn’t getting a whole lot of anything with it.