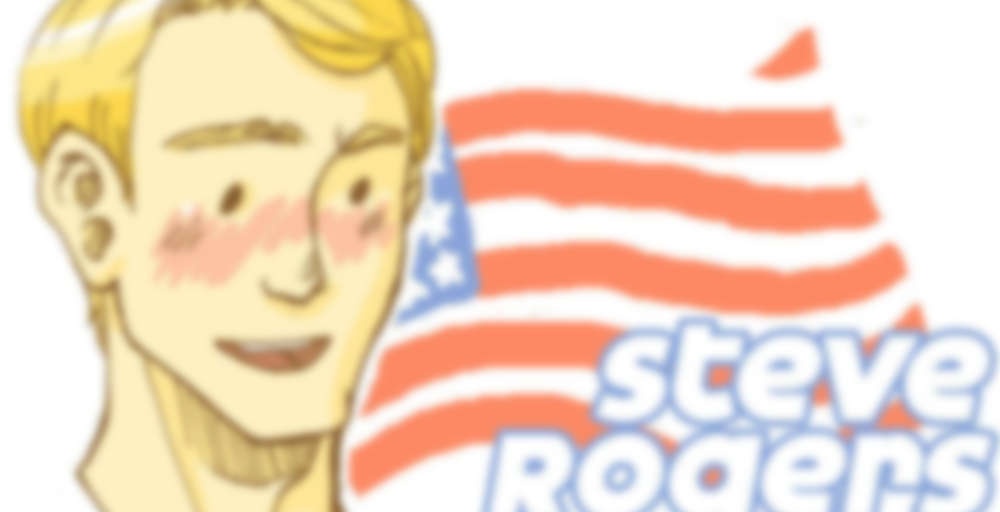 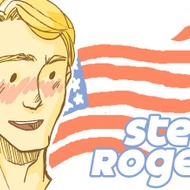 Stars and Stripes (aka Steve Rogers)

As American as Apple Pie, perfectly sweet, but built for strength.

Inspired by the Marvel Comics character Steve Rogers/Captain America. I have no affiliation with Marvel or Disney or any of those related companies. This blend is made for my own enjoyment.

I Drink and I Know Things aka The Imp's Delight

when i talk about avengers stuff, i call him Steve.

i say “Steve is distressed and resilient and everyone he knew has died.” i say “Steve is such a good man that he can’t be a good soldier.” i say “breakfast burritos are one of Steve’s favorite foods cuz they didn’t have them in 1940 and they are not only delicious but make so much sense!”

mr shmiracles laughs every single time saying he likes how me and the captain are on a first name basis.

if you don’t know anything about the first avenger you probably just think of the suit. it’s garish and flamboyant and overtly patriotic. i agree it’s pretty bleck. but that’s part of the charm. and that suit might be Captain America (blindingly precise strategist and graceful unflinching fighter), but it’s NOT Steve Rogers. Steve Rogers is an immensely caring, sensitive, awkward and stubborn rebel who probably likes a day at the Museum.

this tea!
i’ve accidentally let it oversteep every time i’ve drank it. and every single time it’s still delicious! this tea doesn’t care at all! it loves the steep! must always oversteep! steep away!

hot spiced apples! drink it plain! it doesn’t need anything!
i would have NEVER assumed i would like this tea as much as i do. and see, THIS is why the fandom blends are good. inspired by my admiration of the patriotic meatball, i bought a tea i would usually breeze right past. and i’m so very happy i did. (i wonder moraiwe is gonna like it just as much.)

i’m gonna make this on the stove with milk and just let it simmer. it’s gonna be heart stopping delicious!

let’s just consider that since Steve spent like over 50 years frozen in ice. and substances like caffeine and alcohol have no effect on him. he probably just drinks tea all year round. at very least he probably drink hot drinks. so duh TEA!

there is one rather stressful fan story in which Steve was semi-awake/cognizant during the entire 70 years he was buried in the ice. i’ve never been able to forget it. i don’t like torturing my Steve, but i guess i kinda enjoy considering the emotional fragility and thus resilience of all my fictional heroes. blame the feeeels!

Oh man. Poor Steve! I think after being buried in the ice, he might always want a cuppa nearby to keep the chills away.

I love this one with a bit of honey; it’s so good!

I like this tea a lot better without any additives and steeped a bit longer. It’s not overwhelmingly sweet like the first time I tried it. I wish I could get more of the apple taste without having to add any sweeteners.

One of my favorite Cara blends. It took a while to figure out how to bring the flavors out, but if you add an extra teaspoon of the leaves, put in a drizzle of honey, a little bit of amber sugar crystals (just a tiny tiny bit or else it will be too sweet with the honey), and some cream it tastes just like apple pie. A very good dessert tea.

Holy pepper! This is a spicy chai and I really love it. The apple flavor is surprisingly lost (normally apple seems to be overpowering) but I don’t mind. I’d say this is probably a safe replacement for a apple cider as long as you like it spicy.

Yum!
Thank you Sil & Shmiracles
This is a tasty Chai, plus apple, & is especially nice with a drizzle of Maple.

Hooo boy, this is American! American like Apple Pie! But it’s Apple Pie with attitude (i.e., cardamom and ginger and cinnamon!). It’s tasty!

I did Tony, so it’s time for Steve. I’ve had 4 of the Avengers already – can I squeeze in any more tonight?

So much tea. (What did you guys think I was talking about?)

Shimiracles sent this my way and it’s quite tasty. I wish i’d realised it was a chai like sort of blend to try it with milk earlier, but that’s ok. I quite like the flavouring on this one as the cardamom is totally there saying HAAALLLLOO! the apple helps to smooth out the cinnamon flavouring so that it doesn’t come across as another apple cinnamon sort of tea. The ginger adds a bit of body to this one but as always, isn’t overly ginger. I quite like this one. thanks a bunch shmiracles!

Hmm. I bet I could bake that pound cake recipe with a layer of cinnamon spiced apples in the middle. That would do it. A little almond extract (in addition to the vanilla) in the batter, and… yeah.

This is a much MUCH MUCH better version of Hot Apple Toddy from Herbal Infusions. So much better. I like it a lot. It’s staying on the list.

Thank you for sharing, Shmiracles! :) I really appreciate trying these hard-to-get-in-Canadia fandom blends.

Mmmm. I read the first half of your first sentence and then started to drool. Then I continued reading and have come to the conclusion that you make some of the tastiest sounding things. You should have a food blog :P

I am seriously the world’s worst blogger, especially when it means I have to take pictures and write “real” things about what I make. I have a sewing blog I haven’t updated in probably a year. So sad. (I’ve sewn things, just not done anything else…

Haha. I started a blog. Did it for like 2 days and haven’t looked at it since :P.

I love Steve Rogers. He’s my favorite Avenger. Do I like this tea as much as I love Steve? No. However, I find I like this with a bit of honey. It does have a nice apple spice to it. Can’t put my finger on why I don’t love it….

All American apple pie. That is seriously what this tea is.

Sweet without being overwhelmingly or deceivingly so (none of that fake sweetness but instead a robust sweetness from spice and the lighter sweetness of apples).

Takes strength and body from the black tea base.

This is a tea you can both depend on and enjoy…a perfect representation of Captain America :)