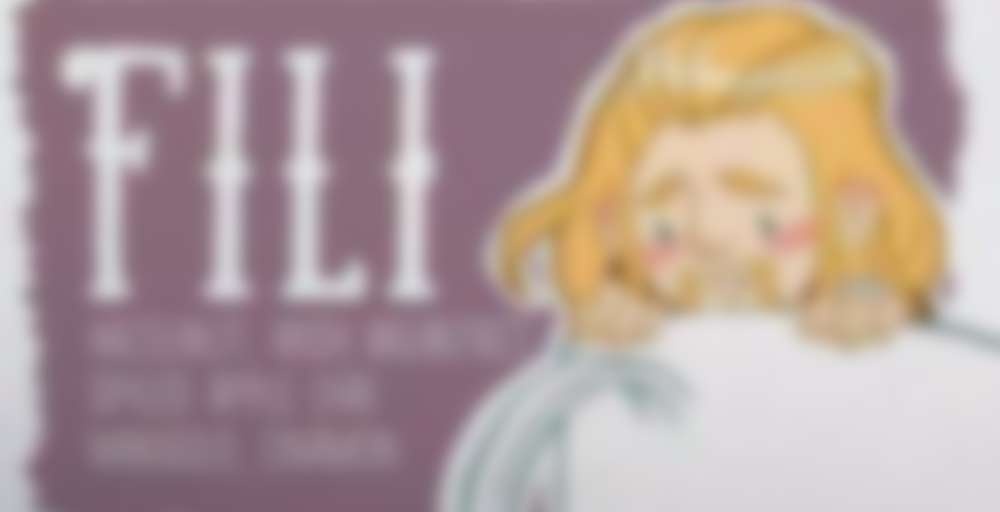 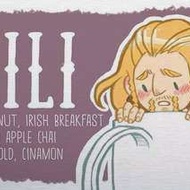 Tea inspired by and for all great adventurers.

Steeping Instructions: Steep at: 212° for 3 mins

Polo with The Prince

The Prince by Kristina Moy

This evening I got in a few more hours of gardening, still working on weeding the gazebo so that I can replant it. After I came in a storm brewed up, & our power went out for a few hours! Leif had just made a pot of this tea, which is an interesting blend of black tea, chai, apple, & hazelnut. The boys & I sat around drinking tea by candlelight, & it was really very nice.

It was really kind of nice! I rather enjoy a power outage once in awhile, so long as it doesn’t last too long! We keep a pretty heavily stocked deep freeze!

haha at the moment we just have the freezer above the fridge so we can manage in most cases :)

Fili is the careful older brother. i’ll translate that into more patient and loving. cuz this cup is definitely kind and gentle.
this tea smells really good. and i’m gonna say it’s the hazelnut. with this cup i’ve figured out that every single adagio blend that has hazelnut in it smells great to me. and so i like it. that’s all.

this weekend i went to the Bilbo Baggins Cafe. and in this picture is a Hobbit’s Lemonade cocktail.
http://instagram.com/p/ZLiOlsoc1G/
i also had beer with blueberry mead in it. i would totally drink that again.

Pippin: What’s that?
Merry: This, my friend, is a pint.
Pippin: It comes in pints? I’m getting one.

thank you very much Shadowfall for sharing all these blends with me. i’ve had a great time. cheers!

You go to the most interesting places.

oh my goodness, i need to go to this place.

Have I told you how obsessed I am with The Lord of the Rings? AGH!!! I guess I’ll be driving to Alexandria next weekend…

This looks like a crazy mix of ingredients, but it’s pretty tasty. I can smell apple, cinnamon and various spices. I really shouldn’t drink this now – every sip makes me think of fall! I like it, but the base doesn’t seem to be too pronounced.

Thanks Shadowfall for the sample!

backlog Sipdown! thanks terri! I had this last night while testing – it’s not something i love with that familiar weird adagio taste i don’t like but for whatever reason i kept drinking it. None of the tastes really popped with this one – it seemed to boil down to just a meh cup of tea. Oh well, can’t win them all! :)

Okay, so I totally play favourites…pretty, playful Kili will always be my favourite dwarf.

Out of the two mixes this one is less nice, honestly.

It smells a lot like a good Indian korma tastes – slightly sweet, but heavy on cardamom and cloves and generally very richly chai. It held up well over two steeps (one this morning for class and one after returning home) and I can find no fault with the flavours or mouthfeel (it’s not as astringent and dry as some chais can be)…

So this is a good tea. A solid, tasty chai that could make multiple delicious pots of deep, rich tea…but it’s not my favourite. I’d recommend it to others in a heartbeat – and I’ll probably put some in the TTB – but he’s just not the one for me.

Note #600!!
Ahh Fili. This was one of my favourites in the Hobbit blends :)
I only have 3g of this left so I’ll save it for when I really want it!

Lovely chai/cinnamon taste to it so it reminds me of christmas hehe :) Great tea to go with milk and sugar :)

((this note is lazy, I know. It’s been a very lazy but tea filled day hehe))

And now for the other brother! (The real Hot One, lol) This tea has the same small, broken black leaves, but there are yellow flower petals and also pieces of cinnamon bark mixed in. Dry scent is sweet and dessert-y with cinnamon – like a snickerdoodle.

Mm, the steeped tea smells like a buttery pastry with cinnamon. It’s reminding me of a cinnamon roll, om nom nom. Mm, the flavor is quite nice too. The cinnamon is present but it’s not overwhelming, and the hazelnut flavor is so delicious and creamy and decadent. I can also taste some clove, but it doesn’t completely take over like it does in the Kili blend. I wish I could taste the orange or apple, but it’s still mighty tasty without those.

I’m sorry Roswell Strange but this tea was lost on me. I made the mistake of drinking this while focusing on school applications and I honestly don’t remember this at all. I believe it was sweet but with heavy chai spices but I am not certain at all. What I do know is it wasn’t something I enjoyed to recall, let alone want to own in any quantity. Still, I am grateful for the share :)

WAY less clove-y than the cold brew which is major disappointing. And really that’s the flavour that mattered the most, to me anyway. The rest was muddled and hard to discern.