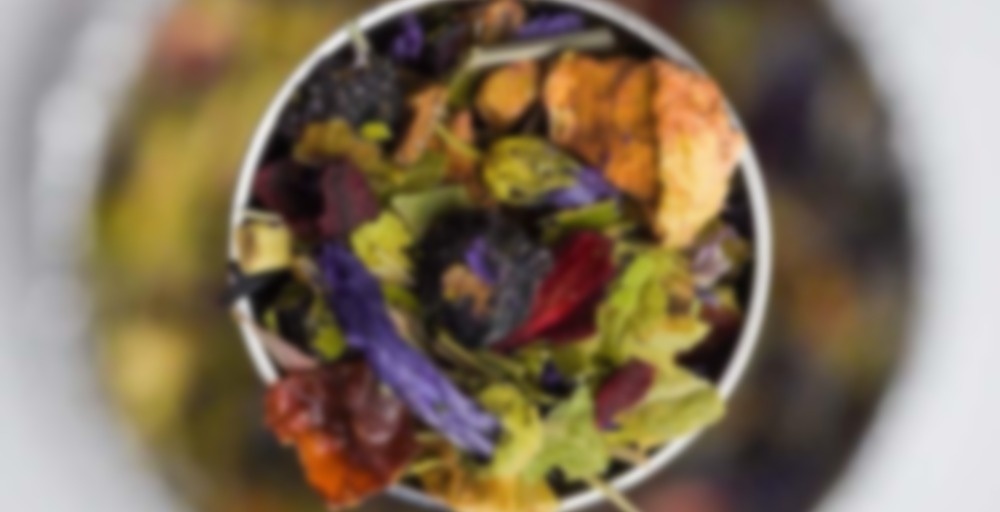 Another miss haha (these have been from the past few days). I like the idea of the blend especially as it was a herbal blend but for me there was little blueberry and a whole lot of sour. ah well…always glad to try new teas!

I think I should have cold steeped this. It has a bit of hibiscus which I didn’t spot until it was steeped, but not an unbearable amount! I get the sour/tart on the sip with a strong citrus note, but the finish is really aromatic! That’s where the blueberry rolls in and lingers until it becomes super light and perfume like. I kinda like this one.

AJ Rimmer sent me a ton more samples to try, so THANK YOU VERY MUCH.  And don’t forget I owe you teas in the future!  Let’s try this one before it disappears from B&B’s site.  Honestly, I don’t really expect much from this blend.  I didn’t really envision how the flavors would fit together when it was first released.  Blueberry with lime?  I guess there is a blueberry mojito blend I like from 52Teas….  I also wasn’t as thrilled with B&B’s previous Key Lime Pie tea as I thought I would be.  This is… not great.  It mostly seems like light hibiscus to me.  Or maybe the lime or blueberry is coming across as hibiscus?  The second steep just tasted like muted muddled hibiscus water to me, but that’s probably my fault.  I can’t expect every tea to have a decent second steep ALL the time.
As for recent holiday teas, I’m also drinking Angry’s Peppermint Patty and Tea Revv’s Chilly Willy Chai.
Steep #1  // 1 1/2 teaspoons for full mug // 21 minutes after boiling  // 2 minute steep
Steep #2  // 2 minutes after boiling //  4 minute steep

You’re very welcome! I feel like this blend is sort of a bummer because it has the potential to be so much better with more blueberry, but oh well!

Yep, always appreciate the sampling of a tea. :D

I got a DIY advent kit of Amazon. Then had my sister pull 24 teas from my stash I haven’t had yet and put them in the bags. So I sort of know what is in this but not completely and have no idea what day which teas will come up.

Today I pulled this tea and decided it would be good as a cold brew. And it definitely works as a cold brew but I don’t know how into this tea I am. It is blueberry-ish but clearly with the help of hibiscus because both flavors are present and notable. The lime is the end note and sort of pops up to say hello. At first sip, it would seem like just a blueberry/berry tea but then the lime kicks in which adds a touch more.

Martin Advent Day 6
I love the cute napping cats on the bag for today. It’s interesting to try another batch of this because I found the 50g I bought this summer to be a bit too limey and herbaceous for my tastes. This one tastes the same, but I feel like I like it less now than when I first tried it since I’ve had it a bunch of times trying to use it up. Maybe cold brewing would be better. Just my personal preferences biasing me here, I’m sure a bigger lime fan would enjoy this. I really wanted to taste the blueberries more.

I was puzzled where napping cats appeared on my paper bags and then I remembered using cat washi tape. Sorry for a miss in the calendar for this day.

So cute! This is totally the type of tea I would love, so it’s not a bad choice! B&B just needs to add more blueberry!

Huh. Apparently I haven’t wrote about this tea although I had it before. The pouch was opened, but I haven’t wrote the tasting note. Weird… but probably I wasn’t in mood writing. I just hope it wasn’t deleted (accidentaly).

Anyway, prepared grandpa with two teaspoons of the blend.
It wasn’t easy to drink it as blueberries, some lemongrass was floating on top of the brew, but I took them out with a spoon and then it was nice.

Very nice actually. As I don’t know the difference between Key Limes and “normal” limes I just thought it is just lime-blueberry tea. It works well together! Blueberries were like fresh and full of taste — I just should smash them to relase all the flavour next time, and refreshing as it was indeed lime flavoured. And that citrusy feel from lemongrass was nice too today. We had quite high temperatures (around 26 °C) which is unusal for September here.

This sounds great, especially for such a gorgeous day!