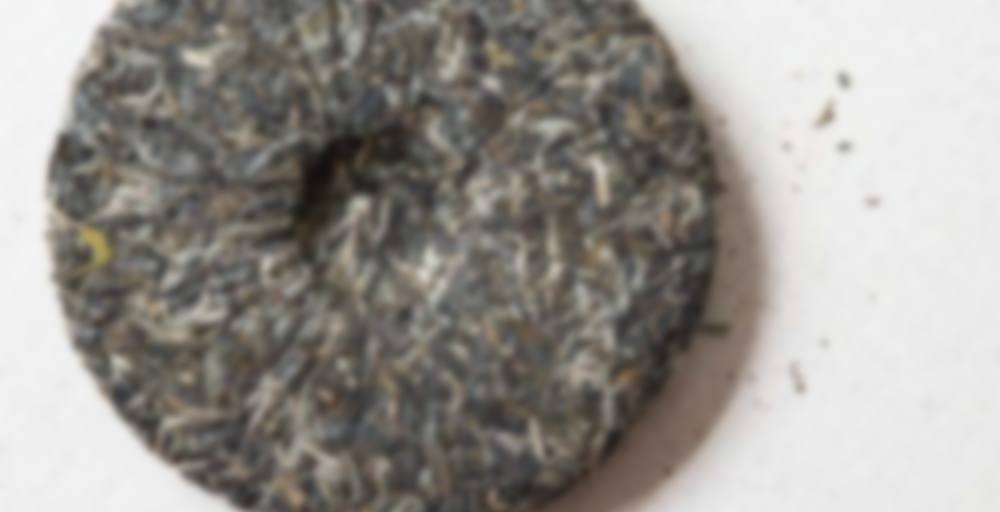 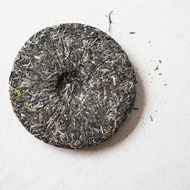 A late-comer out of our 2016 Spring teas, this Mang Fei raw puer is a highly fragrant and enjoyable tea, with a pleasant floral scent. The texture is rich and thick, making this tea an excellent value for those seeking a higher tier of young raw puer that doesn’t break the bank.

There is a very nice huigan (sweet aftertaste), but is not one we would consider an overall “sweet” puer, especially compared to some other Lincang region productions. It also has some gentle bitterness and astringency, but is not overly bitter or rough. It’s safe to say that this is a well balanced tea with a noticeable and uplifting cha qi/energy.

TMBA comes from relatively old trees in in the 80-100+ year old range. Trees older than this are fairly uncommon in the area, and those that remain have been severely cut down and left to regrow as a result of activities during the Cultural Revolution.

There are several theories of source for the name “Mang Fei”. The most plausible is that this name was ascribed to the area by the ancient Bang Lang people and originally meant “fertile land”. The area is known for producing many other crops besides tea. When converted to Chinese characters (忙肺), the name oddly ends up meaning “busy lung”. While we assure this tea won’t leave you short of breath, it can very well take it away, so to speak.

Reviewed what I had from the TTB#3, about 1:15 ratio in boiling water
I had no idea how to describe the rinsed leaves’ smell except for “sweet and sour pork”…certainly an odd note that I’m writing but its what I picked up. Not unpleasant! Just stuck out as odd for sure.
Steep 1-2. The taste is like a green vegetably savoriness+bitter melon, and very strong with an immediate chest feeling that I’m probably convincing myself is there given the name of the tea but again, its what I’m picking up. The energy from this is primarily in my chest and sinuses, again, oddly enough.
Steep 3: my neck feels very loose. There’s some lingering floral sweetness in the throat, nice for only 3 steeps in.
Steep 6: breaks into bitter sweetness in taste instead of bitter taste, with a continuing relaxing mild qi.
All in all I didnt’ get the really potent bodyfeels that others have described, mine was very mild and the flavor didn’t stand out to me as being excellent though it is indeed good tea.

1st steep (10s): Pleasant nose. Taste is closed in at first, but opens. Good finish. Already feeling a full-body cha qi. 2nd (10s): Flavor isn’t as complex as In Bloom, but has nice floral/veggie overtones, and a great finish. 3rd (20a): I’m just going to meditate with this one. 7th (40s): Taste is still really nice, though the cha qi has faded (just as well). During this session I bought a cake. this will probably be my go-to sheng when I want cha qi.

This was a free sample that I received with an order. The bulk of my sample consisted of a large 20g piece of the cake, from which I gently separated 8.7g into my 130ml gaiwan being able to keep any additional breakage at a minimum thanks to the seemingly rather loose compression similar to Bitterleaf’s 2016 Xigui that I reviewed last time. I gave the leaves a brief five second rinse followed by a ten minute rest while I sipped the rinse. The taste was still very light, but quite floral.

I proceeded to do a total of nine infusions, timing for these being 5s, 5s, 7s, 10s, 15s, 20s, 30s, 45s and 75s. The flavors themselves in the first steep were light, while the extraction itself was perhaps even a hair on the stronger side. Similar to the rinse, the tea was floral, or at least that’s the only word in my vocabulary to describe it, but also sort of… earthy? The taste reminded me of something food related, but I couldn’t put my finger on what. The steeping that followed was similar. Floral, but also now mineral. It was pretty much a bolder rendition of what had come before.

In the third steep the flavor had advanced. It was now mineral on the front while being metallic in the finish. Again it reminded me of something food related, but something different this time. There was perhaps some mouth cooling going on now as well. While there was less going on in terms of taste in the next infusion, the tea was getting a bit better than before. There was what I perceived as growing astringency, but it lay somewhere between drying and astringent without really being either. The cooling effect was now much more pronounced than before. This steep was nothing amazing, but pretty good.

The fifth brew was softer, brighter, very mineral. There’s still the same sensation at the back of my tongue similar to the last steep and I realize it’s actually bitterness and not astringency that I took it for. I’m so used to most young raw pu’er that I drink being astringent but not bitter, so I often forget that sheng can also be bitter. As the tea cools down, the bitterness becomes much more pronounced.

The tea was finally mildly bitter up front in the sixth infusion while the general taste was still mineral. The bitterness bordered on being almost pleasant. It certainly added to the flavor rather than detracts from it. The finish was perhaps slightly vegetal and the lingering aftertaste it left in your mouth was rather nice. The cooling also made a slight comeback. Quite interestingly, the next steep had a finish similar to the finish of cream. The tea was bitter on the front, but the bitterness went away right after you swallowed. The taste itself was pleasant, but hard to describe beyond that. Nothing spectacular, but not a bad infusion.

Curiously, the bitterness seemed almost absent from the eighth steeping. There was now some more body thanks to the extended brewing time. In place of the bitterness you now got some astringency, which grew in your mouth over time. There isn’t much to say about the taste; the tea was simple, nice. The final infusion I did was notably more bitter than before, so I decided to call it there.

After reviewing Oz, I pretty much set myself up for disappointment no matter what I was going to drink next, because very few teas are going to compare. I found Take My Breath Away to be a decent tea. It’s not the kind of tea I would personally seek to acquire a bing of, but in terms of quality and value it represents about what you’d expect. There are probably people to whom it appeals as it is, but I would expect most people to be seeking to age it. On that front, although I’m hardly anything more than a novice, I have a feeling this tea has good aging potential. The already very manageable bitterness is only desirable in that respect and should serve the tea well along the years. The biggest problem for this tea is that this particular price point of mid-to-high midrange is very competitive and the upper limit of what a lot of people are willing to pay for tea, so they are very careful about what they buy. If you’re not seeking a drink-now tea and have your sights set on this one, give it a shot and see what you think.

I normally do my tasting notes in a text editor first so as to not lose anything, but unfortunately I didn’t do that this time.

This tea was good enough that I seriously considered buying a cake despite the ridiculous amount of tea I already have on hand. Still, very tempting.

A solid young Mangfei sheng. Fairly bitter with a thickish mouth feel. I would put it more towards the vegetal/bean flavor spectrum than floral or sweet. Not particularly aromatic for a young sheng, but when rinsed the wet leaves did give off a bit more. I think this tea has more potential for aging than the handful of other younger cakes I’ve tried from this area from several vendors.

A couple steeps in the bitterness faded and gradually gave way to a smoother, spiced floral flavor with nice viscosity. Oddly enough, it starts to remind me of some whites I’ve had. Never really got much huigan but a nice, sweet aroma does cling to the empty tasting cup. I’m going to have to give this one another try soon, though, so I can nail those earlier steeps.

The leaf is moderately condensed and consists of quite a few visible shiny buds. I take in a potent floral and super sweet aroma. The scent is so silky it’s almost creamy. The background yields fresh greens, vegetation, and some lily. A very nice beginning to a tea session. I warmed up my pot and placed some inside. The scent continues in the form of strong floral syrup with underlying of dark wet wood and peat moss. This aroma is amazingly sweet and tasty. I washed the leaves once and prepared for brewing. The taste begins incredibly thick with a full body of sugar syrupy and fresh fruit. The brew subsides into a lime note with candied sweetness underneath. I thought of sour patch kids as this tea moved forward, for it would begin sour and then cover up with sweet juiciness. A nice viscosity appeared in later steeping with brief astringency that would slowly grow. This tea is characterized as sweet yet aggressive. The qi is powerful and strong armed. I was disoriented quickly into the session. I experienced a great deal of head pressure, fuzziness, tongue numbing, and fizzy flying. I also noticed a prominent cooling sensation stuck in my lungs that actually took my breath away. The brew continues to stay sweet and tasteful throughout the session. The steeped leaves filled my room with a sweet pastry scent. I enjoyed this tea, and I was quite short of breath afterwards. A very nicely done tea.