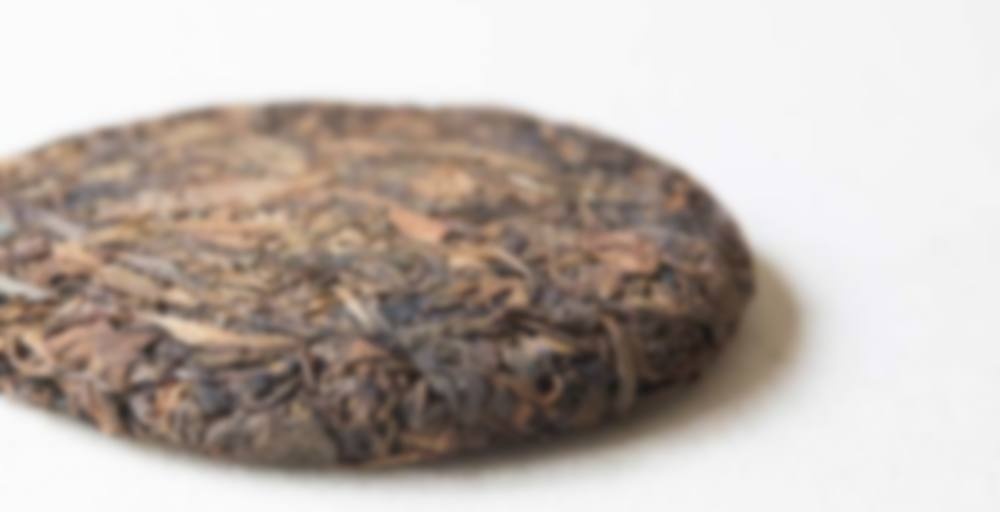 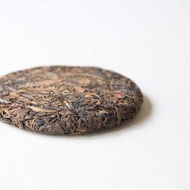 by Bitterleaf Teas
69
You

This is a tea that came to us by way of a friend in Jinghong, where it’s been stored for the last 10 years. The material used for this tea is not simply just any huang pian from Mahei – it was apparently a production of all the huang pian from Mahei’s 2007 spring harvest, purchased and carried into Yiwu town for pressing by a single buyer that year.

The tea maintains a comfortable, sweet flavour and smooth, thick texture, thanks to its time in controlled humid storage. Despite the humid environment, it remains quite clean and free of any overly “wet” or offensive flavours that can sometimes accompany humid stored teas.

Didn’t like. Reminded me of cardboard, but pretty good cardboard.
Did short steeps quit after. Wasn’t awful, just blea, meh.

This sheng is so soft and supple with some interesting notes of linden honey, chamomile, Asian pear, subtle apple blossom, and the creamy flesh of an Anjou pear. There was another note consistent throughout much of the session that was a great deal harder to pinpoint; the closest thing I can think of to compare is a mix of the sweet aroma from making “paper pulp” art with the crisp smell of opening up a new journal for first time – there’s a nostalgic familiarity to it in an “arsty” kind of way…

If anyone else has tried this sheng I would love to hear your tasting notes – I found this fascinating to sip through! I really stretched out my session trying to process and think about each steep – something like ten steeps total!

I love when tea friends send me album recommendations!! Thanks theoolongdrunk for inspiring this session of Indie Pop music – it was a very nice way to mindfully spend this afternoon!

My first huang pian. Possibly also my first slightly more humidly stored tea. My sample consisted of big chunks from the cake made up of large, intact leaves. It is possible to smell some of the humid storage, but it’s not dank in the same way as more humidly stored teas. I used twelve grams in a 180ml teapot made from clay from Dehua. I rinsed the leaves for about ten seconds and let them rest for five minutes before proceeding with the brewing. I did a total of twelve steeps, the timing for these being 8s, 8s, 10s, 15s, 20s, 30s, 45s, 75s, 2 min., 3 min., 4 min. and 6 min.

The first infusion was sweet, mineral and woody. It was possible to taste some of the humid storage in some of the sips, but it was fairly minor overall. For the time being the mineral fizz was the most prominent characteristic. Over time the tea did get a bit sweeter as it cooled down and I began tasting some fruit in the finish, perhaps peach. At this stage the strength/boldness and body were fairly standard for some types of tea, but below average for pu’er.

The next steep was similar. There was a bit more flavor and also more body, albeit the soup still wasn’t necessarily thick. The tea was less fizzy, with some sweetness and perhaps some dried fruit. Overall it was drier than before (dry, not drying). It suddenly hit me that these type of semi-aged teas actually remind of a lot of a hot version of an iced tea.

While the body still remained fairly light, the mouthfeel improved in the third steep. The minerality was still prominently present along with some sort of really bright acidity or tartness. In a few of the sips I actually got just a hint of bitterness in the finish, which is a plus for me. I also tasted some vanilla, which I could smell in the liquor as well. I guess you could call this infusion fairly complex overall. Each sip tasted a bit different each time. There was both a certain juiciness as well as a slight dryness to the tea which complemented one another cyclically.

After everything the third steep had had to offer, the fourth one felt incredibly simple in comparison. While the body was now pretty okay, the tea was mainly just sweet, mineraly and somewhat dry. Steep five was similar, albeit slightly woody and now most of the sweetness came from the huigan, not up front.

The body continued to improve in the sixth infusion. I was actually starting to feel the tea at the entrance to my throat and to some extent along my esophagus. The taste itself was sweet, fruity and mineral. I was definitely feeling the qi now. The tea was getting pretty heady. I could feel it in my chest, upper back muscles and to some extent in my head. There was definitely some heat as well. This was actually one of the better infusions so far, and not just because of the cha qi.

Steep seven was the point where the tea began simplifying and entering its late steeps. The flavors were familiar; sweet, mineral, maybe a touch woody. The soup started losing body in the following infusion. The sweetness was diminishing as well. The absence of sweetness was actually leaving a bit of a void in its wake with just the minerals and dryness there.

While there was some dryness lingering in the background, the tea got juicier in the ninth steep and easier to drink as a result. The taste was slightly sweet, slightly mineral, and there was some huigan as well. The body was still holding up being either light+ or a light medium. The tea was pleasing to drink and this was actually also one of the better steeps in this session. Despite being easier to drink, the qi was starting to hit my motor control pretty hard, making me slow down as a result. As I was preparing the next brew, I began swaying from side to side and we weren’t too far off from the qi taking me down.

The last three steeps I did were all quite similar. They had virtually no sweetness and had an apricot note that made them taste like apricot jam without added sugar. There were also a lot of minerals present in these steeps. The twelfth steep is where I began losing some flavor for the first time. While the leaves would have likely had more to give with extended steeps, I decided to call it there since the tea had stayed virtually the same for the last few infusions.

While my experience with aged teas is still quite limited, this was the first one that I actually enjoyed. I think a lot of it has to do with the base material being higher quality than the other teas I’ve had, even if it’s huang pian. This tea actually reminded me a lot of the 2017 WMD which I just reviewed. Given that the two come from quite close proximity to one another, that’s not a huge surprise. Strictly speaking the flavor profile of WMD is more citric or acidic while Hidden Gem is dominated more by a fizzy mineraliness, but both are quite bright in their overall presentation and share some similarities.

Cha qi is of course always very personal and situational, but this tea got me fairly tea drunk. My muscles were aching for the rest of the day, so if you consider yourself sensitive to cha qi, you might want to use some caution and take things slow. As you’d expect from an aged tea, the longevity is good and this tea seems quite forgiving in terms of how you brew it. Not that I really stress-tested it but anyway.

While I enjoyed Hidden Gem, it is not a tea I would seek to purchase. It’s one of those many teas that are fun to try and very educational, but not something I’d be looking to revisit. While somewhat dry, the dryness wasn’t a complete turnoff for me in the same way as in a lot of other semi-aged teas I’ve tried. The excessive mineraliness, however, while not something I totally disliked taste-wise, caused such a strong fizzy/prickly sensation on the tongue that it was quite taxing on the long run, ultimately leaving my tongue tired and worn out for the rest of the day.

For those seeking a cheaper alternative to WMD or wanting a glimpse into how that tea or Alter Ego might taste a decade from now, Hidden Gem could very well be what you’re looking for. A good candidate for further aging as well.

1/10 ratio 212F cuz it’s Huang Pian and somewhat aged too. It’s honey sweet, citrusy with some humid notes but tastes clean. Easy drinker, good at pushing. Maybe gets a little more sour at pushing but not bitter or astringent. Qi was nice and relaxing. I can see it as a good candidate for grandpa style