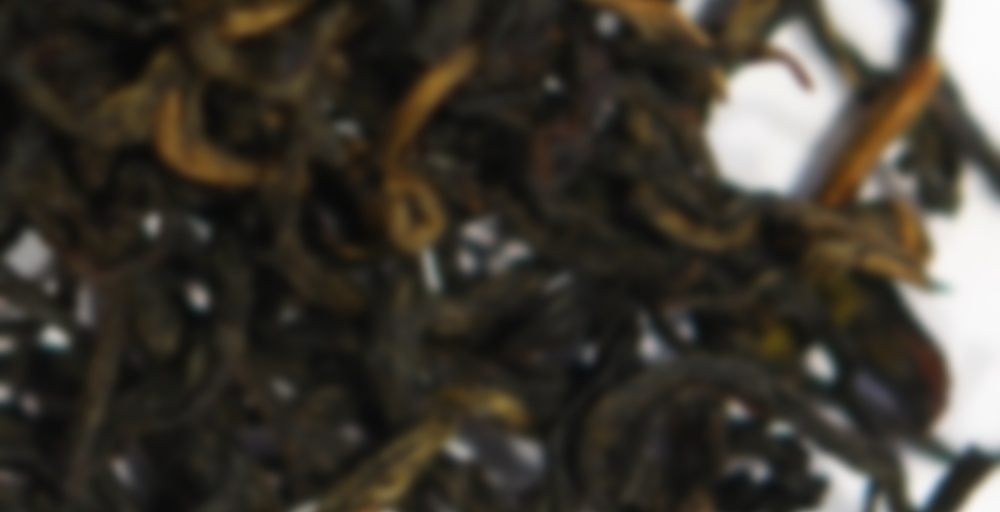 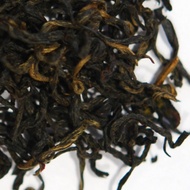 by Camellia Sinensis
80
You

One of our passionate growers offered us this black tea with long curly leaves adorned with golden buds. The infusion offers rich floral notes (rose) and softwood (spruce). Its light and coppery liquor unfolds on the palate with surprising complexity, combining sour, sweet (fruity), bitter and a slightly spicy sensation. A silky and delicious tea (peanut oil) from start to finish.

Could have sworn I made a second tasting note for this tea, but I guess I didn’t. Oh well, here is tonight’s experience;

First steep was lovely, with the flavours of spices, honey and light bodied black tea. The aftertaste had a sensation of sugar syrup on my throat.

Second cup tasted much earthier and had a hint of cocoa. Mmmmm…

Fourth cup was very light, and together with the previous flavours it made me think of white tea or Oriental Beauty.

Fifth through six were pretty light, but not bad. I stopped because it satisfied me enough.

Not my favourite resteeper, but a very flavourful tea. Next time I make this I’ll add more time to the resteeps.

Today in tea chat I had Oolong Owl pick something for me to brew up that I hadn’t tried before ’cause I was feeling indecisive and this is what she chose. So, prior to and during class today I brewed this tea Gong Fu in one of my gaiwans.

It’s a really interesting tea: I don’t have a ton of experience with Chinese blacks. Admittedly, I think I lean a little more towards Indian blacks but I’m open to learning and exploring and trying new things. I wasn’t the most technical about this session; but really when am I ever when it comes to brewing Gong Fu? I much prefer to just drink in the moment and go with what feels right rather than take a more technical/precise approach. There’s a time and place for that, but sometimes tea is best as an experience.

Infusions one to three had a very dry, astringent initial mouthfeel but none of the infusions were actually bitter. All infusions except for maybe the last one were quite rose flavoured which was a different experience. I’ve definitely drank my fair share of floral blacks but don’t think I’ve had much experience with ones that taste distinctly rosey and certainly not to this level/degree. I quite liked the flavour, though! Then, the first few infusions were more nutty with a woody undertone; a mix of sort of peanut nuttyness as well as a sweeter almond-like flavour. Both almond skin which has a drier nutty taste and then as infusions progressed a more sweet, marzipan-like nutty flavour. There were honey notes too which seemed stronger as the infusions progressed. The middle infusions had a nice fruity quality to them; kind of like red currants? But the first few and last few infusions lacked this flavour. Faint notes of cinnamon, as well but not consistently throughout steeps.

This was a really interesting, enjoyable tea! I’d have never picked it out for myself either, so I’m definitely thankful that Camellia Sinensis added it to my order. They’re probably just adding random teas as free samples, but occasionally it feels like the samples they toss in are more thoughtfully picked out. Not sure, honestly. I’d definitely brew this again Gong Fu except I’ve already got the remainder of the leaf cold brewing right now in some orange juice as it’s the tea I thought would best work for the optional juice infusion from class this week.

Yours I Like This
12 likes
1 comments
Edit
keychange
Delete

Cold-brewing tea in juice! how neat!