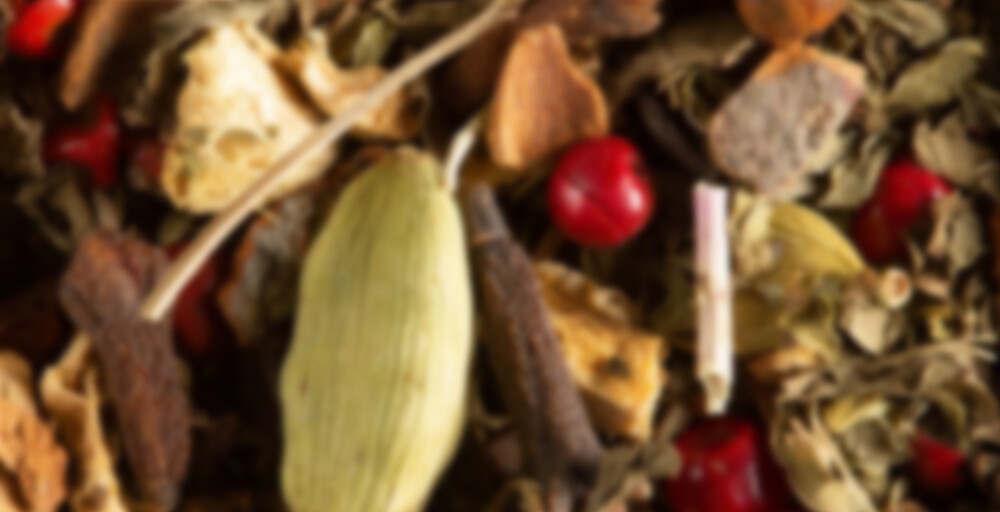 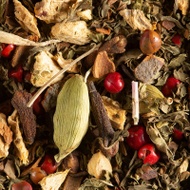 by Dammann Freres
68
You

Deliciously refreshing, spearmint combines with the spicy flavors of ginger, cinnamon, cardamom and clove to offer a mild infusion that is almost round on the palette and marvellously perfumed.

I think this tea works really well! The mint and chai spices are so strong on their own that together, they create a perfect balance. Not too minty, not too chai – just right.

I also enjoy that this is a herbal blend and Lex says she loves it. We both said we could have this in our cupboard. :) What a great start to a Friday!

2020 Advent Calendar – Day 12. For someone who’s not in love with chai, this was not bad. The mint was soft and gentle. But it wasn’t really a chai tea and that’s probably why I drank it happily. Here’s maybe a good way to describe it… You know how you have a movie “inspired by a true story” vs “based on a true story”? Well, this one is a cup of mint herbal tea inspired by a chai tea" :p For me, that’s a good thing. For my husband who loves chai tea, it might be a bit of a let down, I suspect.

At the end of the day, I would much rather drink Hoogly’s Chill Out Mint. It’s delicious (and slightly addictive).

Mint chai, huh? This one piqued my interest. It’s hard to tell what spices are in it, being in sachet form. I see the obvious mint leaf with red peppercorns and what could be dried ginger root. Scent is vaguely spiced mint.

Hmm… So it’s mostly mint here, and it seems like a combination of peppermint and spearmint to me. The spices mostly add a warm sweetness, and I think ginger is the only one I can pick out specifically. It’s very soft and pleasant, sort of like mint tisane +. (™)

The aroma is overwhelmingly herbaceous-cooling spearmint, spicy cinnamon and ginger, floral-perfumey rose reminiscent of little molded soaps with barely detectable sweet clove. I do not notice the pink peppercorn, maybe it’s hidden by the rose florality and cinnamon-ginger spiciness.

The taste is spearmint-herbaceous-earthy-brassy, cooling-mellow and warming-sharp at the same time. I do not like the aftertaste. Is it slightly bitter ginger-spearmint?

The steam coming from the cup really penetrates my senses. Spearmint and cinnamon combinations are very difficult to get right for me. The rose is really throwing me. Instead of feeling centered, my sense of smell is being pulled in an elemental, multi-directional tug-o-war. I just don’t understand the purpose of combining mint with spicier, warmer ingredients without providing a base to tie together what on my palate are entirely disparate flavor profiles. For an example of successfully marrying many elemental attributes in a similar mint-cinnamon-floral heavy (albeit caffeinated) blend, see Chroma Tea’s Aquamarine.

Poor you waking up so early!

It allows plenty of time for tea in a dimly lit room. A slow waking :)

Ugh! I know from personal experience that 3.5 hours of sleep is not enough. Good thing you have lots of tea!

Well, I agree. If I would be home alone (or at least in my room), I would drink tea from 4 am today as well.
But not having a room alone means no way enjoying a cuppa. Almost all tea is stored in my bedroom which I share with brother.

You’re commendable to be doing something as soothing and productive as drinking tea in what I call The Dark Night of the Soul Hours. When I have that issue-bed at 10:30 p.m., wide awake at 2:30 a.m., I do breath meditation or turn on my Headspace app. Hope your day goes by quickly and easily.

My back started spasming early this morning at work. Of course!

derk If you have a bathtub sized to accommodate a normal sized human, fill it with hot water and Epsom salts. Soak for 20 minutes. The magnesium does wonders to body and mind.