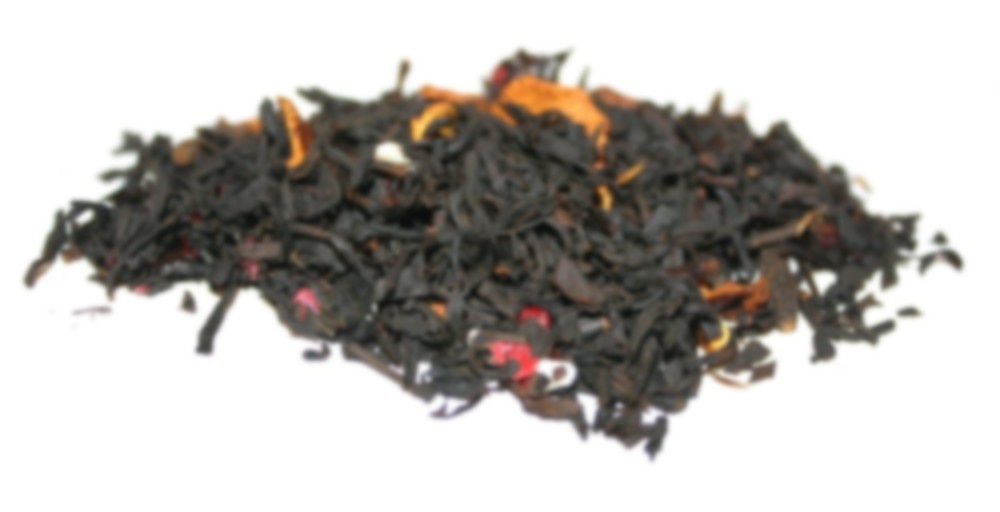 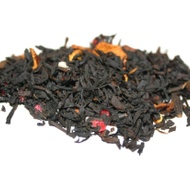 by Della Terra Teas
79
You

Cinnamon… snaps, crackles and… is that… a pop? IT IS! Our Cinnamon crackle tea reminds of a Hot Tamale candy with a hint of vanilla. Listen close as you pour your water, you’ll hear a bit of a pop, a snap and a crackle! That is because we’ve mixed in some pop rocks! It not only adds a slight sweetness but a fun POP! right as you pour the water over the tea. This tea is delicious, try it cold as well. Absolutely delicious!

This is my first official Della Terra Teas tea – and what an awesome inaugural blend! I love anything cinnamon, so of course I would love something called Cinnamon Crackle – complete with every 80’s child’s fave candy, Pop Rocks. ;) This is in-your-face cinnamon, cinnamon to the max – and this is a cupboard staple.

I gulped down one cuppa and could reinfuse for a second time, so even better.

Now I see why all you Steepsterites love Della Terra Teas – great prices but quality tea!

Also, I should note, this is sweet enough on its own (probably because of the candy).

It’s love at first sip. Cinnamon Crackle, I cannot live without you. You complete me.

I’m sad to see this one go but it has now been fully used up thanks to my recent thirst for cinnamon. I hadn’t realised that I have gone past my 800th steeping post until late last night so this is my belated celebration post.

A little sugar really brings out the candied cinnamon effect in this tea. I love it.

I love this one, too! I am glad they brought it back.

Ok, now for the first cup I can drink with the use of the kettle!

This is quite a shock to drink at first because the pop rocks make it so sweet. And then once you get used to that, the cinnamon tastes like it’s really spicy!

Dry, this tea honestly doesn’t smell that different from Oatmeal Raisin Cookie tea. Both are mildly baked goods smelling, and both smell strongly of cinnamon.

The neat thing about this one is that it seriously goes all rice krispy sounding while steeping. Thanks pop rocks!

Once steeped, unless I get my nose right up into the cup, it still smells almost exactly like Oatmeal Raisin Cookie. IF I’m right up in there, it becomes more spicy cinnamon.

Even unsweetened, this is really quite sweet (thanks again, pop rocks). Once you get past the surprising amount of sweetness, it’s quite a spicy, warming cinnamon flavor that stays spicy on the tongue. Most of the black base gets overwhelmed. Overall, this is pretty much a more potent extra-cinnamon-ed version of Glitter & Gold (and just as gimmicky!) And that’s absolutely not a bad thing!

Uggg, the weather is just annoyingly hot for me the last few days. Thankfully, it’s supposed to cool off soon, but probably it’ll be hot again.

Made a latte with this tea this morning, coming out really cinnamony smooth and delicious! I didn’t notice the pop rocks while steeping. Very good! I like how fun this tea is!

On the Second Day of Christmas, Della Terra Teas sent to me … this tea!

This is a backlog, since I do “cheat” a bit and drink the tea a day or two early so that I can write the review for the SororiTea Sisters blog and have it publish on the day that the tea represents. So, here is my full-length, now-published review for this tea: http://sororiteasisters.com/2012/12/15/on-the-second-day-of-christmas-della-terra-teas-sent-to-me/

I really liked this one. I liked that it was similar to many of the sweet-hot cinnamon-y teas, but there was a certain mellower attitude to it that didn’t assault the senses.

Well, I didn’t catch the popping of the pop rocks (but wasn’t listening for it)… Anyways, this tastes a lot like Glitter & Gold from DavidsTea. Sweet, and a similar sort of cinnamon. Lately I’ve had an aversion to cinnamon teas though, so this is not my favourite cup. Unfortunately, I also still have another cup’s worth left. Sigh. I’m only drinking this tonight because my stomach didn’t roil when I looked at the little packet. On the plus side, this tea does taste pretty good, so for anyone reading this, my review is definitely an “it’s not you, it’s me” sort of deal :)

Sample sipdown! I think this one came from teapot1…

This one is cinnamony, warming and sweet/sugary. A nice after dinner treat. Very simple, but sometimes that’s what just what I want.
Not much of the black base is present, but that’s ok. It’s a nice, tastey, simple flavored black. =)

Glad I got to try it!

I’ve only got one cup of this left, and I can’t believe I hadn’t logged it yet. I think that’s probably because I really can’t tell the difference between this one and Oatmeal Raisin Cookie.

They are both cinnamon-y and sweet and very tasty, but there’s nothing about them that really stands out. This one is currently unavailable anyway, but I don’t think I’ll be missing it too much since I have Oatmeal Raisin Cookie in my cupboard, and DavidsTea’s Glitter & Gold. It IS yummy, though. And the smell is fantastic.

Another one from TastyBrew’s very generous package! So appreciated! I was hoping this one would be better than Della Terra’s icky Dirty Chai… I don’t know what it is about that one! Luckily, this one is gulpable better. Also, pop rocks! This has a few chai ingredients, but isn’t necessarily too much like chai. More black tea than spices. This one was supposed to taste like the Hot Tamales candy that I love. And it does… because somehow I had a mouthful of cinnamon heart candies about an hour before I sipped this tea. I have no idea how that happened. But it does taste like cinnamon candies! Sweet, sugary cinnamon. I love it! Maybe it’s autumn that is making me love these chai blends lately. That’ll do it.