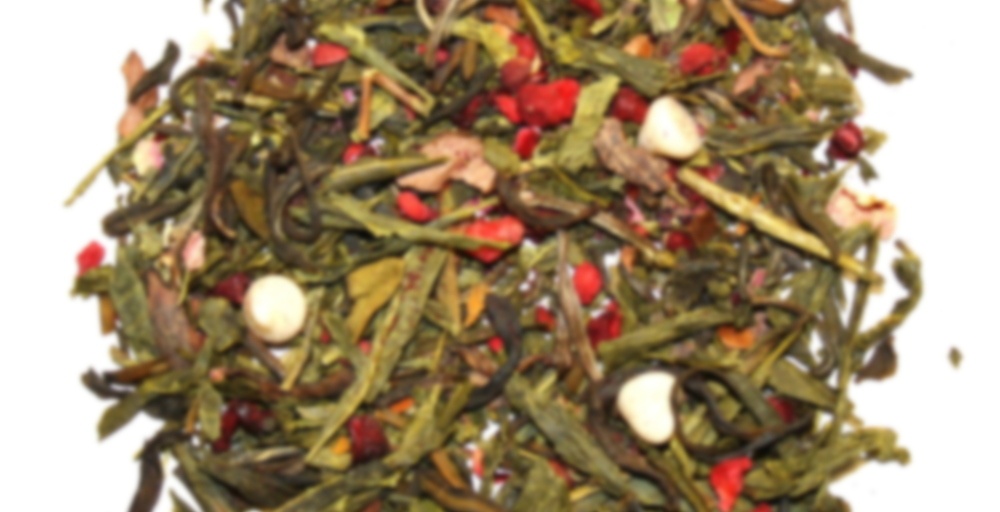 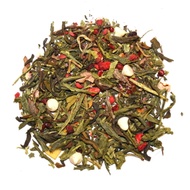 by Della Terra Teas
74
You

The simple thought of white chocolate paired with fresh, delicious raspberry just invites one to imagine a perfect Valentine’s treat. Delicious, creamy and just right for your sweetie, or sweet tooth!

Made this into tea syrup for sodas…my husband loves it! I got some raspberry sorbet recently and it tastes just like it. Don’t come to this tea expecting to taste a high quality, fancy base tea. Just expect juicy raspberry deliciousness!

Talk to me about how to make tea into sodas? Cold steep super strong and then add it like flavoring after to the seltzer water? We one of the Soda Streams from my sister, and I’m curious how tea soda works.

I hot steep triple strong and then simmer with 1/2-1 cup of sugar depending on how sweet I want it. Chill it. Then add a couple of tablespoons to a glass of cold soda water!

How much water do you simmer with the sugar?

I can definitely smell the white chocolate and the raspberry. Upon taste, a hint of raspberry and the chocolate. Maybe i’ll try steeping this for a little bit longer but I do like this tea! It’s very light and would be perfect after a large meal. I normally don’t like sweet teas, but the raspberry balances this out well. I wish I could taste more of the base, but maybe if I steep it for a bit longer it would improve.

Used 1 tsp of leaf today, and a slightly longer brew time (approx. 3 minutes). The raspberry is still great, if a little candy-like, but sadly no white chocolate. There were definitely a couple of chips with the dry leaf, though, and the oily surface scrim to prove it. Perhaps it’s more of a textural thing than a flavour with this one. I’m still enjoying the raspberry, either way, but it falls a little short of my (maybe grandiose) expectations without the white chocolate. Still, can’t win them all!

Dry leaves smell like a delicious blend of white chocolate and raspberry. The tea brews up beautifully and tastes more of raspberry than anything else, but there are some definite white chocolate notes. I didn’t taste as much of the actual tea flavor, but that’s okay. This would be a great dessert tea!

I’m giving it another try. I leafed it a bit more than last time ( I actually remembered to read the note I wrote on the bag that said I should leaf more) and felt there was more flavor than last time. I am upping my rating somewhat.

The dry leaf of this tea has a lot of interest. The green leaves are long and slightly fluffy, and they appear to have been rolled into little cigarette shapes. I don’t see much white tea in here – there appear to be a few scattered silver needles and some of the smaller leaf pieces could be bai mudan, but I’m not sure. There are pink rose petals and little squares of what looks like almond. There’s a decent amount of dehydrated raspberry that is broken into small pieces, which is a good idea in my opinion. The mini white chocolate chips are few and far between, much to my dismay. It smells strongly of tart raspberry (the exact scent reminds me of some raspberry candy… Jolly Rancher maybe?) with some musty green and hay in the background. I used a heaping teaspoon and brewed for 3 minutes at 175.

The brew smells vegetal with the same tart raspberry scent and little bit of hay. The taste is similar to the smell. I like this raspberry flavor even though it’s not entirely a genuine flavor. It’s tart and pleasing and it doesn’t entirely overpower the vegetal taste of the tea. However, I get zero white chocolate taste out of this, even though I made sure that there were a couple chips included in my teaspoon of tea. This makes me very sad because I was really looking forward to the raspberry and white chocolate combination… This is a fairly tasty raspberry green tea, but even with sugar I don’t taste any chocolate. Shame.

This came with a sampler pack I picked out from Della Terra. I’m just getting into tea, and trying TONS of varieties out there. Yay!

In the sample bag, you can see ton of red powder – either dried raspberries or raspberry flavoring? I steeped this once, and gave the cup to my very eager boyfriend. I took a sip of his, but did not drink the entire cup of the first steeping. And since I’m lazy, I just re-steeped the tea for my own second cup.

Very diluted, doesn’t re-steep well at all. But! It was still pleasant, but the flavorings got washed out in the first steep.

So I’ll try to judge based on the first cup. It was very sweet, and raspberry-y. But there was something kind of… off about the flavor. I’m wondering if it’s just how Della Terra flavors their tea. I’ll see if the others in my sample pack taste similar. I’m thinking it has to do with the white chocolate, coming across as a fake-candy taste that coats my tongue a little strangely. This also happened with the Smores blend, but again it’s a sweeter blend.

This was enjoyable to drink, and the boyfriend really really loved it. Just not my personal favorite.