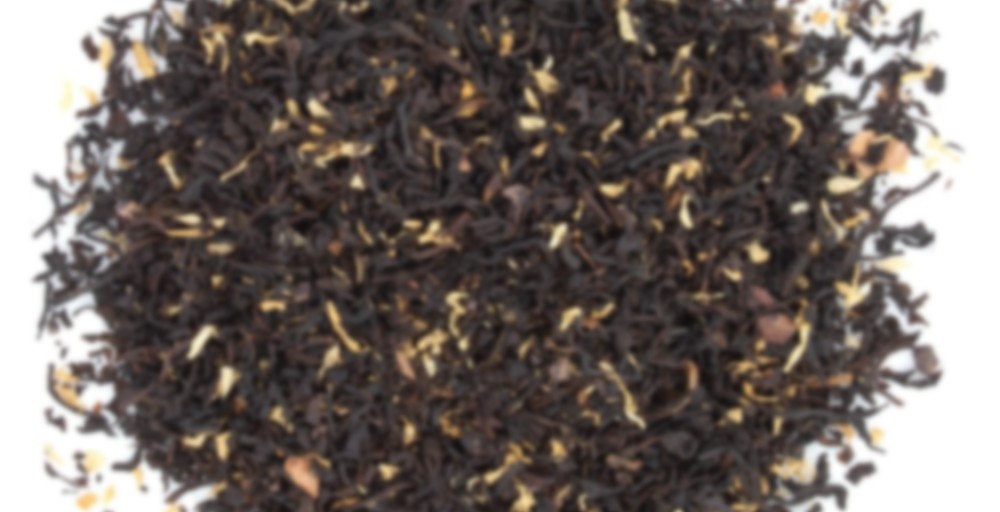 by English Tea Store
75
You

The 3 high-grown districts of Sri Lanka, Nuwara Eliya, Dimbula and Uva, produce flavorful teas that have the classic Ã¢â‚¬ËœCeylonÃ¢â‚¬â„¢ tea character which is noted by floral bouquet and flavor notes, touches of mild astringency, bright coppery color and, most importantly, perfect for use as the base tea of our flavored teas. Dimbula and the western estates of Nuwara Eliya have a major quality peak during Jan/Feb, whereas Uva and the eastern estates of Nuwara Eliya have their peak in July/Aug. This Ã¢â‚¬Ëœdual peak periodÃ¢â‚¬â„¢ allows us to buy the best for our flavored tea blends several times during the year, ensuring top quality and freshness. Using flavoring oils, not crystals, gives the tea drinker an olfactory holiday before indulging in a liquid tea treat.

Thanks very much, AJRimmer!  I will eventually get to all these samples. haha.  I wasn’t expecting much from this tea, seeing as how chocolate teas are normally somehow gasoline tasting  and lacking and English Tea Store’s teas have been generally disappointing… but the flavor of this tea resulted in how I would hope it would be.  First off, it’s dark.  I can’t do chocolate teas that aren’t deep and dark.  Second, no gasoline here.  Plenty of chocolate flavor.  Dark dusky chocolate.  I like that they actually include cocoa shells!  I thought I was seeing coconut in the blend, but it’s actually chamomile petals for some reason?  I don’t think they bring anything to the flavor anyway.  It’s a good pairing between this type of black tea and chocolate flavor in general.  It is what it says it is. Of course, it can’t actually be hot chocolate, but this is the closest thing to hot chocolate that a tea can be.  I wouldn’t mind having a bit of this around when I want a chocolate tea — there aren’t too many good chocolate teas.  Next time this will be a sipdown.
Steep #1  // 1 1/2 teaspoons for full mug // 20 minutes after boiling  // 2 minute steep
Steep #2  // 3 minutes after boiling //  3 1/2 minute steep

Yesterday I drank so much homemade Thai bubble tea that the caffeine kept me awake well past 6 AM. Whoops.

This tea smells like chocolate, but the flavor isn’t there at all. It’s just a mildly flavored black tea where you can’t tell what flavor it’s going for. The DavidsTea version is more accurate.