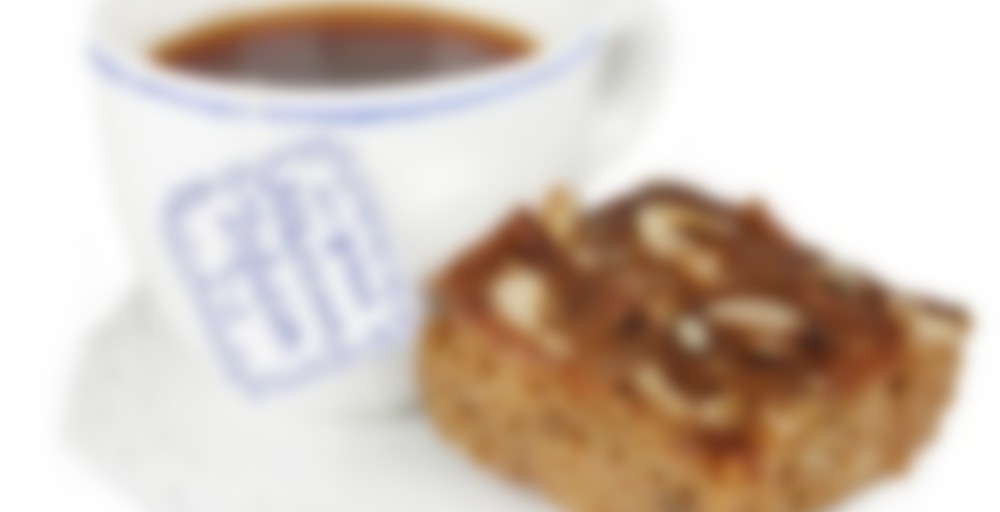 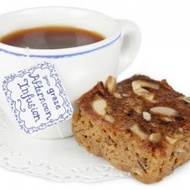 A blend of Assam and Kenyan leaves great to drink with or without milk.

This came in my weekly Graze box and I’ve been longing to try a tea and cake pairing since I saw them advertised. This was a random and pleasant surprise! The cake is banana bread which is only 55 calories and completely awesome as it’s fine for my low calorie diet. That is the reason I get Graze boxes, low calorie snacks to keep me fuelled for the week.

Anyway, the teabag has a tag which says it’s an Afternoon Infusion made with Assam and Kenyan leaves. Sounds strong to me, good.

I steep and wait, and I was right, this has come out bold and very dark. Clean malt tones with a sweet finish. Very nice!

Ok taste is clean and bold with some crisp citrus and malt tones. Not overly strong but at a nice level. Nothing special though it’s a perfectly acceptable cup of tea. If I was served this whilst out I would be happy.

Super quick note on this one as I’m meant to be writing an essay! I had this at work with the banana bread it came with (which was pretty yummy) and was pleasantly surprised. It paired really well with the cake, and was more bold than I expected. I also detected some citrus notes, and to me it almost seemed like a very light earl grey. It definitely brightened up my afternoon.

Not really a sipdown since I never added it to my cupboard.

I’m doing “homework” today, too. (Freelance writing project.) What do you have to write about?

This tea bag came with a piece of carrot cake in my Graze box. According to the label, it’s a blend of assam and kenyan tea. Work is such at the moment that I’m seriously considering jumping off the nearest tall building. Hopefully tea and cake will be suitable deterrents.

I gave this one 4 minutes in boiling water, and was rewarded with a dark, malty smelling brew. I added a splash of milk. It’s conventional shredded tea bag leaves, so I wasn’t expecting too much, but it’s actually reasonably tasty. It’s relatively light bodied, but it has a strong flavour. The assam is the dominant leaf, and it contributes the expected sweet, malty overtones. The kenyan tea adds something in the background that’s a little hard to discern. I want to call it smoke, but it’s not really that. A slight bitterness? Maybe a tiny metallic hint? It pairs with the assam pretty well, giving the overall cup an edge of difference that can be a nice thing in a blend. It’s very smooth, and not at all astringent, which makes it easy to drink, and it’s nicely refreshing — a good palate cleanser to pair with the stodgy spiciness of the carrot cake!

I’m struggling to pick out any distinctive notes, but then my tastebuds are still a little wonky after my bout of flu, which I’ve still not fully recovered from. I’m sure the “guilt free high tea” snacks will reappear in my graze box before long, so I’ll have another chance to try this one at some point. For today, I’m going to settle for saying it’s an enjoyable cup, and rate it accordingly.

Trust me to like a tea that’s specially blended by a nibbles company to go out with their cakes. I normally don’t like the lighter teas so I wasn’t expecting much from this, but it’s really nice. Light enough to be refreshing but with enough Assam to give it some oomph, and finally a nice, clean finish.

Banana bread was pretty good too.