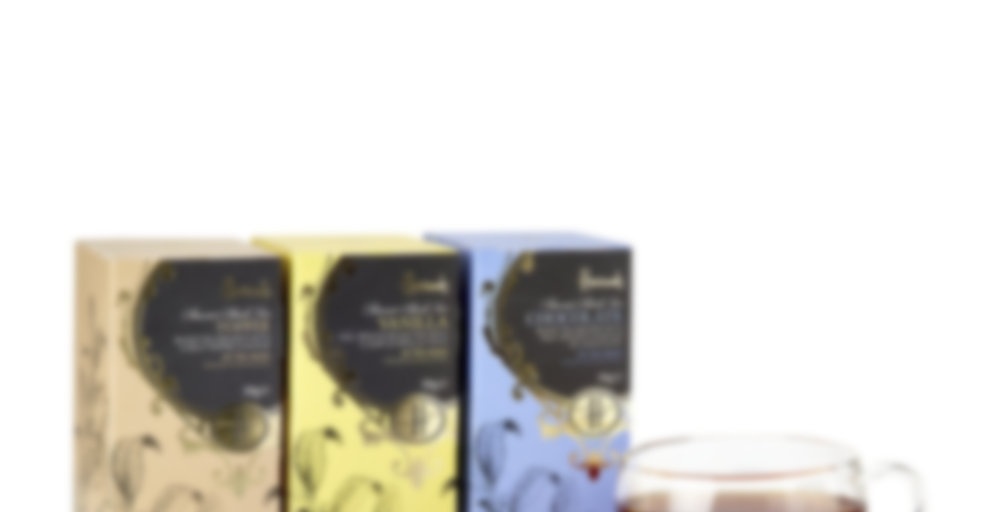 My cupboard number bumped up again because while I was out today (visiting with my Dad, and getting another tattoo done – details to follow in other tasting notes) I stopped at McQuarrie’s and picked up a few different teas on a whim.

This one, however, is one from MissB – and one I was definitely excited about! Boy do I like toffee, caramel, and essentially any other “taffy” like substance. Mmm!

It steeped up a touch bitter, despite a pretty short infusion time, but still had some relatively nice toffee and burnt sugar/brown sugar notes despite that little bit of bitterness. Not too sure I’m a huge fan of the black tea being used, though. Overall it was kind of average, and I’m thinking isn’t going to be terribly memorable in the long run. I much preferred the Black Currant bagged tea which I’m pretty sure was also by this company?

Unrelated – is anyone else watching Netflix’s Daredevil series? I’m on episode seven – and I’m really hooked. It certainly doesn’t hurt that Foggy is played by Elden Henson and I’ve kinda low key had a celebrity crush on him for years now. He should be in more things. He should be in all the things!

Also, I want Matt and the nurse to smoosh their faces into each other…

But not gonna lie; I’m not too terribly familiar with the Daredevil comics – and in fact most of my knowledge of the series stems from Kingpin since he’s a “cross over villain”, if you will, with Spiderman – and Spiderman is totally my jam. The actor who plays Kingpin in this is so amazing too! I sorta hate how much I love him – but he’s fucking adorable with Vanessa with all his shy/tender moments. And then he goes and kills a son of a bitch and is all hardcore…

Super fun to watch! Kinda disappointed that his assistant’s name wasn’t Alistair Smythe though – that would’ve really made me excited/happy. Missed opportunity, guys!

My boyfriend is loving Daredevil! He is totally addicted to anything Marvel. I watched a few episodes. It’s really well done.

DAREDEVIL! Shit got dark so fast! It just sucks that King Pin, though violent, is a bit of a wiener :(

As in he always looks like he is about to cry. Though it is hilarious to watch him with Vanessa.

Aww, I love Kingpin’s weiny side ;) I love my Big Bads with a soft squishy side (literally and metaphorically)…

It is surprising because it is just a generic tea bag. But th flavour is quite good.

There is thick burnt toffee flavour. It is creamy. Only slightly sweet, it isnot overly cloying which is nice. The black base underneath the toffee flavour is bold but not astringent or bitter at all. It lets the toffee shine through. This one tastes very nice, quite a pleasant surprise.

A lovely treat from MissB!

It’s a strong black tea that gives me the impression of butter. It smells sweet, and tastes almost fruity like Sil mentioned.

I’m enjoying it with some organic milk I picked up last night (mmm, tea with milk…). It works really well, and I think the milk amps up the buttery notes and tones down the base tea a bit.

Bagged toffee/caramel teas always seem to have this thickness to them that is just a little off putting and this is no exception. The base just takes over leaving very little room for toffee richness. Thank you for sharing MissB but I don’t think this is one I’ll seek out again.

Lots of hmmmms these days. Not a bad one. Just… Hmmmm.
This is good, and there IS toffee there. But it takes some getting used to. At first I felt as if there was something missing from the toffee, as if it was hollow. Adding a bit of sugar helped. I didn’t think milk was necessary. It’s somewhat creamy on its own. It is a bit sticky tasting, so I suppose that part is apt!
Would I have this again? Yes, as a treat! Would I buy a whole box of it? I’m honestly not sure. Maybe. Ok so a tiny box.
Thanks MissB!

Reminds me of 52teas’ Weeping Angel, though the base seems to be a bit less finicky. Thick, bold flavour, kind of toffee-like, but I’d love if it was even more present. Probably better with sugar and perhaps a touch of milk. If I had to pick, though, I’d choose the Lipton Caramel tea because it was lighter and sweeter. (Yes, I realize toffee and caramel are different.) thanks for the share, MissB!

do do do…another from MissB this one… is a little weird and i may have to try again. I was getting some fruity vibes from it today while i was drinking it at work in my travel mug. I suspect they’re there because i didn’t use any filters but it was weird to get nice toffee…black base…fruit? lol

It’s just a weird tea, I had a similar, “what the hell?” response when I drank it.

ooooh k glad I’m not the only one! Quite astringent as well. But not in a bad way?

Thick, almost syrupy brew in hard water. Tastes like a strong, solid black tea, with a weird (although authentic, I’d say) toffee flavoring. Needed some sweetening to make the flavors pop though.