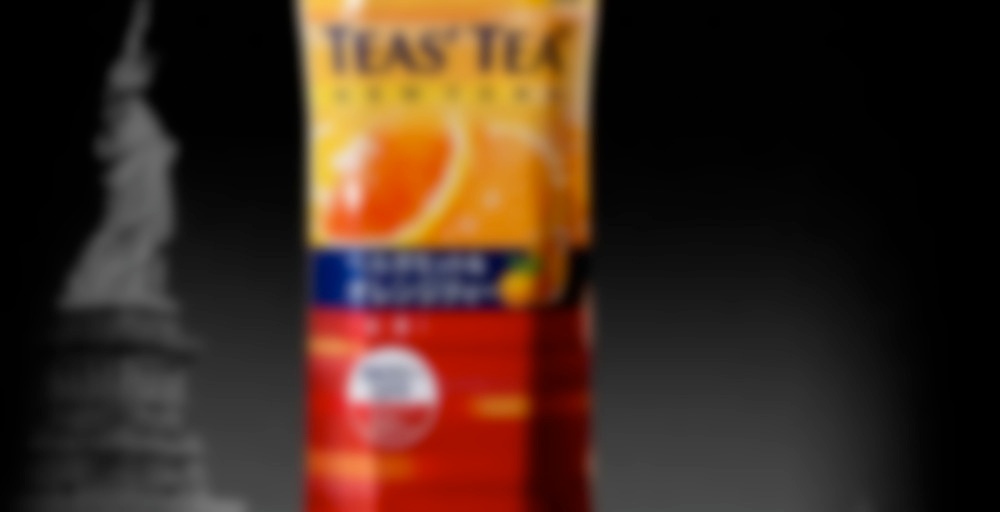 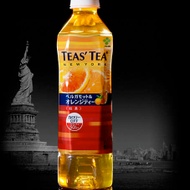 Fruity and healthy! A great taste!

Bergamot is a citrus fruit of the mandarin orange family that grows on evergreen bushes. Originating in Italy it is not suited for eating or drinking straight out but is used to add a fresh fragrance to things. Bergamot’s affinity to black tea means that they have been combined for a long time.

Having isolated caffeine, which contributes to the bitterness of tea, we have been to preserve the strong delicious taste of tea while also implementing a comfortable aftertaste which is low in calories!

So this is really a fascinating example of Japan being Japan. Basically, Ito En liked the labels it created for Teas’ Tea in the States so much that it is reverse importing them into Japan under the disguise of “Teas’ Tea New York” in three flavors as “Green and Red Apple” and “Bergamot and Orange” and “Manhattan Milk Tea” and are pretending that they are an American company. Because Japan. Although I can’t help but agree that the labels ARE pretty sexy.

For some reason they have decided to halve the normal amount of caffeine in the tea (somehow) and they are also advertising it as being “calorie off.” This is weird to me because it basically tastes like they dumped about a billion pounds of sugar in there. Too sweet, as usual, Japan! While we are on this subject, Japan, it is hilarious to me that the it is the Teas’ Tea in the States that is unsweetened while the ones in Japan are sweetened. Up is down and left is right! Cats and dogs are lying down together!

Beyond being too sweet, this tea is EXTREMELY orange flavored. I’m not getting anything that would stand out as being uniquely “bergamot” at all and, quite honestly, I am barely getting any tea! This is ok juice, but it is not very good tea. And dammit, I LIKE my black tea to have caffeine >.<

My instant thought: Cats and dogs living together! MASS HYSTERIA!

Who ya gonna call?

I never realized New York was known for its bergamot.