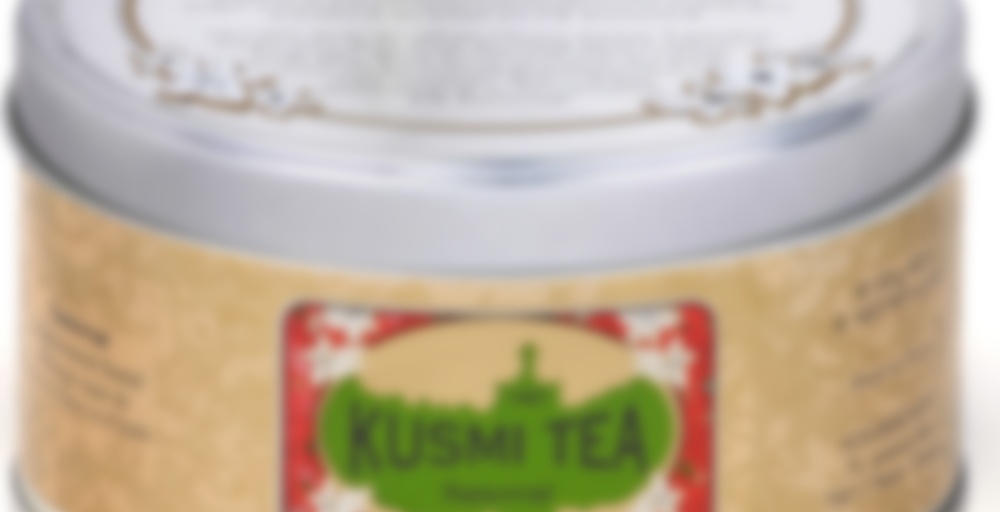 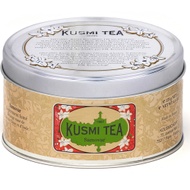 Slightly smoky blend of black teas from India and China.

Greetings all! Some of you may have noticed that I’ve returned from the Wild Abroad (AKA Paris) where I’ve spent a weekend in nice company with friends and a number of scary moments in airports. I do not like airports no I do not. I meant to look for both Kusmi and Mariage Freres while in France but as it turns out, I got to visit a Kusmi store as one of the first things we did and then forgot all about the Mariage Freres. Oh well, sometimes stuff doesn’t work out like we’ve planned so I’ll have to satisfy my curiosity in that department in the old fashioned way. Internet shopping. :) If you want to read more about my trip, I will put up a trip report later at iarnvidia.livejournal.com (I just have to, you know, write it first)

Anyway, this was one of the two things I did get. We do have a selection of Kusmi fairly easily available in Denmark, but this isn’t one of them and I had been very curious to try it. The information from Kusmi says ‘slightly smoky’. Slightly? No. This is properly smoky. It has a bit of a bite on the tongue at first, a soft feeling of phantom milk and then a remarkable sweetness on the end of the flavour.

I let the cup cool off a little bit too much before drinking it and it has developed a sort of ash tray-y aftertaste which isn’t entirely pleasant. It’s a taste a bit like when you’ve just been in a room where you’re the only non-smoker and then go outside. I haven’t had that experience with any of my other smokies, so that’s a little disappointing for me.

The rating currently reflects my initial impression, but I think I might change it later.

Lovely to hear from you – welcome back!

yea for getting a new tea, boo for airports! glad you are back safe and tea-stuffed

Forgot I had gotten another sample tin of this! Also forgot how much I enjoyed it! Nom…better than I remember!

I have a confession to make. The first time I was given a sample of this tea by a friend, I sent it to someone else. Back then the tea scared me, as I’m only very recently coming around to appreciating smoky teas. So, I am glad that I was given another sampling to try from TeaEqualsBliss now that my palate has come to accept that smoky flavor.

This is really good. One of the nicest smoky teas that I’ve tried, actually. It is rich and robust and flavorful, with lovely tones of caramel and malt and earth mingling with the smoky tones. It is a very enjoyable cup.

I would review this tea, but your review sums it up nicely :) That, and what Morgana said, it is more than just ‘slightly smoky’ and it satisfied my need for anything smoky without having to delve further. I love Kusmi, so I’ll stop right here :)

It’s more than slightly smoky. But that’s a good thing.

The leaves have a lapsangy smell to them, but the aroma is milder. It isn’t tarry or resiny. It’s smoky but on the gentler side of smoky.

It’s a surprisingly chewy feeling tea. Pretty thick on the mouthfeel. A nice smokiness in the flavor, but also has a shining tea note coming through. Like a light at the bottom of a dark well. And some degree of sweetness, though not as much as some other smokies.

I’m liking the aftertaste. I was a little worried after reading Angrboda’s note that I’d taste ashtray, but fortunately I’m not experiencing ashtray here. The thickness of the mouthfeel translates into a coated feeling in the mouth, but not in a clingy way. It’s kind of interesting and not unpleasant. The aftertaste is surprising. I wouldn’t expect anything fresh about it, but somehow that’s what I get. Like the taste of cool air on an autumn night when fires are going in neighborhood fireplaces. And a little sweet burst at the end.

Smoky teas, like black teas in general, are another area I’m having a hard time narrowing down to a stable of staples. I haven’t yet met one I detested, which makes it hard. I think in general I tend to prefer the softer smokies rather than the straight lapsangs, though there are times when I can go for the resiny, tarry, pineyness as well.

I can’t rightly remember how this compares to other Russians, though I know it isn’t up there with the A&D Caravan. It’s probably about on a par with the H&S. I must try that again to see.

I’ve changed my mind about the ashes, actually. Or maybe I’ve learned to brew it better. Or maybe I’ve got used to it. Acquired taste and what not. At any rate, I don’t find the aftertaste as annoying as I did at first, although it’s still enough to make me not sure I’d get a replacement tin.

I’m getting ready to try H&S Russian Caravan, don’t know what to expect in terms of smokiness. For light smoky flavor I do like their Queen Catherine and Supreme Breakfast. If you want, I could send you some. I also like Wuyi Shan Lapsang, which is only lightly smoky.

Aww, thanks for the offer. I already have some QC and SB though!

Yum. Smoky, but not overly so. This doesn’t remind me of campfires or feel as strongly masculine as Caravan by A&D does, but has a nice husky flavor. I tried this both unsweetened and lightly sweetened. In both, there was a inherent sweet flavor at the end of the sip that very much complimented the smokeness of the brew.

Nice nice tea. I need to go find myself more Kusmi teas! (time for a Dean and Deluca run I think)

Sometimes I want my smoky teas to be smokier than this, but sometimes this is just right – it’s smooth and lightly smoky.

Yum! I can’t get enough of this tea. The slightly smoky flavour makes this a really nice mid-morning or mid-afternoon tea. The only thing that would make this tea better for me would be if the smoky flavour was a bit stronger.

While I’ve never had tea prepared from a samovar, this is one of my favorite morning or it’s-late-&-I-don’t-have-to-get-up-early teas. Strong enough to stand on its own but also plays well with sweetener &/or milk. The smoke flavor is strong and forward but not overpowering – I think of a cozy fire on a cold day with snow falling outside every time I steep it (even in summer). The smokiness, to me, is more of a friendly fruit or nut wood type – definitely not a mesquite or BBQ note. The tea flavor is more subtle with notes of roasted grain and hints of spice. Steeps well twice if you’re adding sweetener or milk and a third time for enjoying on its own, though it will have significantly reduced smoke and lighter tea flavors.