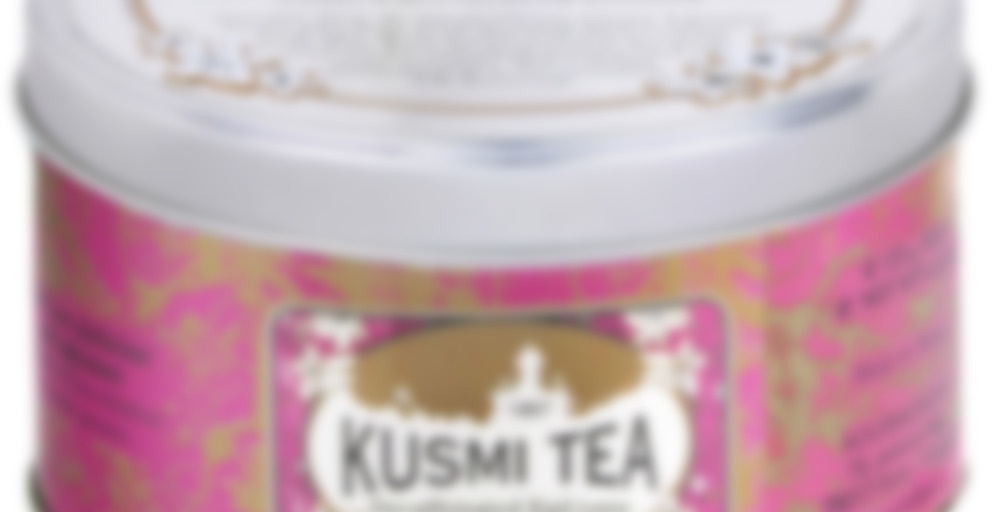 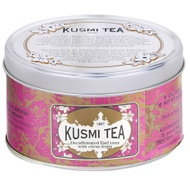 Earl Grey, a truly classic tea, has been drunk by the British royal family as an official drink for more than 200 years now. Much appreciated for its refreshing, invigorating nature, it is one of the world’s most popular teas.

This is Kusmi’s decaffeinated version, which will allow you to appreciate this tea even during the evening.

I saw the tin and bought it.
Yes, I am still Vain – In fact I should have my name changed in here from “Rijje” to “VainWannabeTeaLoverWithBadTastingNotes” but I think the name is too frickin’ long.(Even the short version VWTLWBTN)

Decaf is not my style, but here it is. It’s okay.
Not a rebuy and not a pleasure drink.
…Maybe I serve it to unwelcomed guests

I could smell the bergamot as soon as I removed the plastic outer wrapper on the tin. I was bowled over by the bergamot when I opened the tin. And then I undid the label on the cellophane wrapper inside the tin….

Fortunately I’m still standing. I made a 2-cup pot and have to say the first cup tasted better than the second. Perhaps 4 minutes was a minute too long for brewing, since it picked up a bitter taste. I’ve noticed in general that Kusmi teas need less brew time — in fact the lovely perfumes are stronger when brewed quickly — but since it was a decaf, I let it stew. A nice basic decaf tea and transcendent bergamot flavor — not cloying.

I’ll admit it. I’m no spring chicken anymore. If I drink anything caffeinated after about 7pm, it will keep me awake. So I am starting to explore some decaffeinated and caffeine-free options.

I decided to give this a try with my dinner tonight, and I quite like it. No odd tastes, it seems like a normal Earl Grey with a tasty shot of citrus.

And I seem to be getting sleepy, so it must a truly decaffeinated!

Usually I’m not a big fan of decafs, but this one is surprisingly nice. It’s very flavored like the non decaf version of Earl Grey. It’s great to accompany it with some milk. And great when you want a strong tea without the loosing sleep at night if you drink it in the evening.

Forgot to log this yesterday evening. Apparently it doesn’t need an extralong steep time like my other decaf tea does – probably should have checked reviews before brewing.

I’ve been binging on Earl Grey today, but it’s after 6pm, so it seemed an opportune time to brew up a glass of Kusmi Decaffeinated Earl Grey, which came in one of the sample tin sets. This is a great way to test out Kusmi, by the way. Each tin contains nearly an ounce, so plenty to really get to know the tea before investing in the next size up: 4 ounces!

As I have found generally to be the case with the dried Kusmi flavored blends, the scent is very strong. A deep bergamot and fruitiness suffuses the tea leaves. The liquor is dark amber and much less strongly scented. I took a quick sip of the unadulterated brew and immediately concluded that this is a “must adulterate” Earl Grey. The taste sans cream is simply too harsh and scratchy for me. My impression is that Kusmi uses the same China black as the base for most of these teas, and I appear not to be a fan.

With cream, however, this ended up being a tasty treat—the unexpected enjoyment of Earl Grey way past my caffeine cut-off deadline!