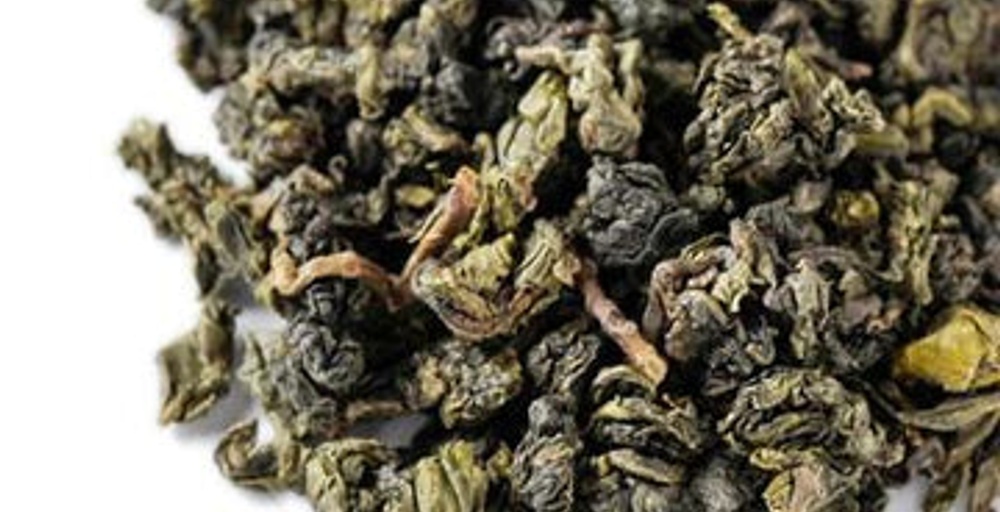 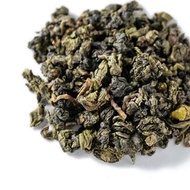 Lightly roasted oolong tea from Fujian province with a natural elegant aroma similar to osmanthus flowers. Good for multiple steeps with a lighter, floral taste compared to the heavier roasty sweetness of Tikuanyin or Taiwan Dongding, the body of this tea becomes richer after the first steep. Recommended for those who prefer lighter roasted oolongs without the greener taste of pouchong.

Polishing off another sample but this is one I’m sad to see go -particuarly since Lupicia teas aren’t readily available here (though I did get some very kind offers from people).

There’s a rather spinach-like taste that seems to develop when this tea is steeped longer along with the bakey flavour. I’m still not sure what exactly osmanthus tastes like and what part of what I’m tasting is made up by it, but I do know that this is a tea I’d like to drink again sometime in the future.

I thought time was flying, and then I realized I let six days slip by without logging something in for TFS. Crazy weekend, coming home exhausted [and falling asleep near immediately] after work, and tomorrow is Thanksgiving in these here United States already. TOMORROW.

Why yes, that was a Harry Potter reference, don’tmindmethankyou.

Just about a month left in this crazy challenge and I’m filled with new determination to complete it [though, ironically, four separate tea packages arrived at my house today, only one of which was self-induced]. When it rains, it pours, right? Not that I’m really sad about it all…of all the things to be showered in, tea hardly merits a complaint.

The tea. It tasted like a darker oolong, but apparently it isn’t? Or maybe it is?

Um, I’m not sure what it’s supposed to be but it had a kind of roasty quality to it. Nothing sparking any kind of major interest here. It’s not a bad tea, but it’s not a terribly interesting tea for me. And yet it’s not quite bland enough to be meh…it’s just above meh…

I should not be allowed to write logs tonight, despite the fact that I have clearly been endowed with a super-human ability for succinctness.

Right, try again. Darker flavors with a roasty quality. Maybe just a shadow of the honeyed, buttery, nectary tones I usually get out of the greener oolongs, but not nearly enough to be a game changer for me. Not particularly complex. If I chance across it later in life, I’d be willing to try it again, but I won’t be buying it. Nevertheless I appreciate the opportunity to try it, and perhaps even more so…

I appreciate the opportunity to [symbolically] decupboard it [as I never actually cupboarded it in the first place, it seems].

Glad you are back! And hope you get some good rest soon!

I’ve had the tea bag version of this but now I’m trying it loose. I don’t remember it being this roasty dark before. It’s like lightly roasted nectar. It’s not my normal green oolong but it has the floral notes so it is a bit of a dark oolong beginner tea. I don’t think it would actually be considered a darker oolong, more straddling the line, but my green-geared taste buds are reading it that way but still enjoying it and that’s all I really ask. I could totally enjoy something like this so I’m bumping up the rating.

Second Steep: 3 minutes. The roasty taste is softer now and there is a more straight floral/nectar taste to it. It’s not overly strong but still tasty, though the second steep lacks a bit of the depth the first one had. (And I feel obnoxious typing that. Can I be more of a tea snot?)
5g/10oz

WOW!! Again, I haven’t been able to do life things like grocery shop, so I chose this sample. A green packet! I love this tea bag sampler. I was incredibly hungry today before leaving for work, but I didn’t have time to eat anything. I brewed this up while I was getting ready. The leaves inside the large teabag are like oolong. Curled up. The result was a very dark, almost black tea colored, liquor. It was nutty and roasty smelling.

I took a sip and my mind went nuts. This tea is ABSOLUTELY AMAZINGLY DELICIOUS!!#!# WOO!! Maybe it was because I was hungry, but the flavors in this tea are amazing. These types of oolongs that I’ve tried are usually light in flavor. This one pops out without being too demanding. There was no astringency or hint of bitterness at all. I was surprised since the liquor was so dark. The roasted and toasty flavors combined with the tiny hint of florals and lingering sweetness is really good. I will most definitely be purchasing this later.

this sounds nice, I might need to try it. ;)

Tis a quiet little tea. Thank you Ricky for sending this one my way.
Truth is that I have heard the fragrance note ‘osmanthus’ and was curious as to what exactly it smelled like. What exactly it tastes like, I am in search of that as well… work probably isn’t the best place to acquaint myself with either feature.

What I do get from this tea is patience. It has a dusty veg-ital scent that I can’t place but don’t find off-putting. Floral hay, maybe? The liquid turns a kind shade of chartreuse that is very pleasing without sugar and even after hours of steeping neglect. This aspect of the tea is a huge plus in my busy schedule.

I finish my sample tomorrow and perhaps will find more suitable words to describe its flavor. Until then, its charming and accommodating little tea.
Thank you again!

Haha, you’re welcome. I haven’t even tried this tea yet. Oolong scares me sometimes.

Really? Why not? I like watching the leaves uncurl and this one looks like ragged lawn clippings. It’s sort of funny in a way. :)

I don’t know, in the beginning when I first had it, I loved it (black oolong). But then it started tasting like darjeeling and I couldn’t take it anymore. Oolongs are the last on my list to try generally. Green oolongs are amazing though =]

I love oolong, and this is one of the best! I suddenly realize that this was probably the tea that my grandpa in Taiwan used to prepare for us after dinner – so perhaps I give it a high rating partly because of sentimental reason :P The fragrant, slightly roasted aroma is highly similar to that of a good tie guan yin. The golden liquor (so beautiful!) is sooooooo smooth, with a delicate and rounded sweetness. I just love everything about this tea!

Oolong tea I like! The smells reminds me of Blue People (but that could be because this is only the second oolong tea I’ve ever tried in my life).

It doesn’t have the same crisp, refreshing aftertaste of Blue People that I love so much. But it is a very pleasant tea. And since it’s significantly cheaper than Blue People, it will probably become the number one oolong tea I drink!

Boiling 2 min, 0 sec
Yours I Like This
4 likes
0 comments
Edit

Wow, this was so good! I don’t even know what osmanthus smells like and I was a little nervous about the prospect of tasting it without even that reference point, but I had absolutely nothing to worry about and ultimately I wish I had more of this than just a sample. The initial flavor didn’t wow me that much—I mean, it was good; it’s a light and refreshing oolong with a clean taste, but it didn’t really stand out, but then this gorgeous full smooth aftertaste that I’ve never had from an oolong before showed up and now I wish I could make my one-teabag sample last longer. I don’t know if I’m going to buy more right away, but I’m definitely considering doing so in the future.

Sipping on this one from my focus box this evening. I must have thought this was a scented tea when I ordered it, as I never order straight teas from Lupicia. Amusingly, reading through the notes it seems that others thought the same thing. But no, it’s a straight oolong that is supposed to have “a natural elegant aroma similar to osmanthus flowers”.

I don’t know about all that, but this is a very comforting and straightforward lightly baked oolong. I really like this type of roast, as there’s such a pleasant toasty sweetness to it, but the natural green flavor of the oolong is still present as well. I won’t say this is very complex, but there is a nice hint of honey and floral nectar amongst the roasted grain and fresh grassy notes. There’s a lovely sweet lingering aftertaste as well.

I’ve always wondered what exactly osmanthus was/tasted like when I’ve seen it while tea shopping.

It strikes me as being similar to honeysuckle, but not as overpowering.

Near one of the hotels I stayed at in Tokyo, there were yellow osmanthus bushes planted along the sidewalks everywhere. They definitely smell very sweet, according to the Internet they’re said to smell like apricots but honeysuckle might be a good comparison.

Clean and light flavor; this would be a good tea with some light food or snacks. This is one of the teas that Lupicia suggest 3.7 oz (110ml) of water to steep with.