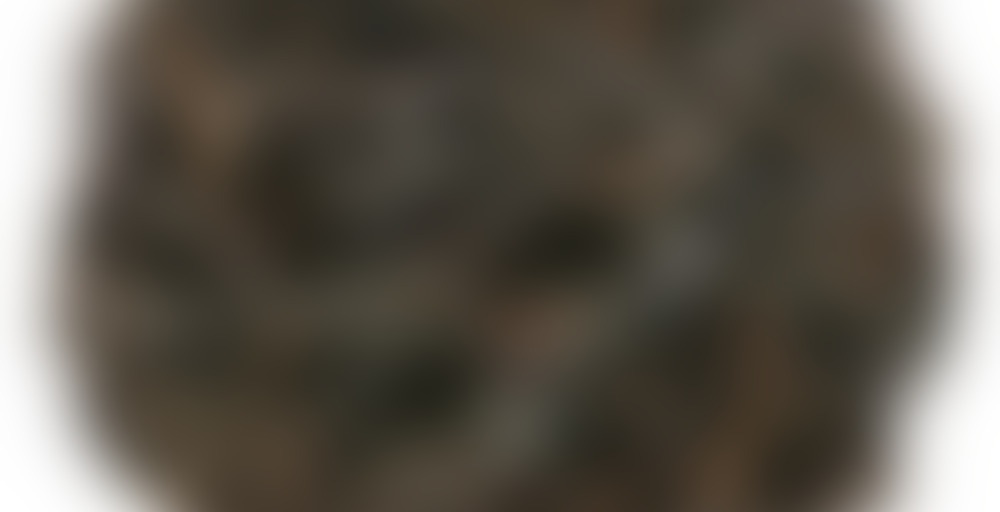 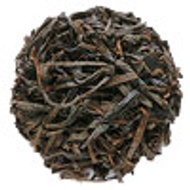 Anyways, this was part of Sil’s and my shared Lupicia Happy Bag, 2012. I’m not overly fond of lychee-flavoured teas, as I think they tend towards the overly floral side (yes, I know lychees are floral, but eating the fruit is different from tasting it in tea!) Anyways, this one smells delightfully like lychee, but not too floral, which is good. And the flavour? Actually pretty decent. I’m getting a moderate lychee flavour overtop of the black tea base, which is not astringent at all. More juicy than floral, which would be my preference. Really, as far as lychee teas go, this is pretty good. The only weird thing is that once the lychee flavour fades and I can taste the black tea, I get a bit of a rotted garbage sort of flavour lingering in my mouth. However, this may just be an artifact of residual Honey/Caramel Orzo tea in my mouth as well, because it’s not noticeable until the end. Also, sickness, so who really knows. So for now, rating does not reflect that off-flavour, because I’m not totally convinced that it’s real. Sil obviously has some of this too, so I’m sure she can verify this one way or the other at some point!

ETA: Nope, no off-flavour when my mouth isn’t contaminated. Actually, it’s kind of tasty and fruity :)

ETA again: Didn’t care for the re-steep and dumped it.

yeah your glowing review, complete with rotting garbage references REALLY makes me want to dig this out and try it. lol

I’m pretty sure that it’s just a strange-combo-of-flavours-in-mouth thing :P That orzo tea is strong, and lingers.

the best lychee flavored anything I have ever had was the lychee oolong from naivetea and it was so amazing I bought a pound and spent time coming up with recipes for it, including poached pears, simple syrup, and sorbet. I found out that the way the scent and flavor teas is vastly different from others and happens while the tea is undergoing transformation into an oolong and its not a post ‘production’ flavoring, so the naturalistic and balanced flavor is captured…I would recommend them highly

I’ve had some of this for a while but haven’t gotten around to it (mostly because I have a lot of it and it’s not sipdownable :P). But I love lychee congou so I am looking forward to it.

Sipdown! Not a fan of this one. I prefer the limited edition blend lupicia pulled together that tastes like lychee. that one is delicious and juicy. this one? it’s just not a good time. I’m not a fan of the base and the flavouring seems off.

I got some of this ages ago in a swap with Becky, but have yet to try it for some reason. I love lychee, I usually enjoy Lupicia’s teas (and some of my faves are Lupicia), so it should be perfect, right?

I adore Lupicia’s keemun base that they use for their Earl Grey tea, and I’ve had good experiences with a few of their other black bases (but not all of them). This is also a keemun, but it seems to be a different keemun, or it is reacting with the flavoring differently. I don’t get any smokiness in the Earl Grey, but this one most definitely has that characteristic keemun smoke. It happens to be a flavor I do not like all that much.

The lychee in this is quite lovely; juicy, sweet, both citrusy and floral. It really reminds me of eating a lychee. It’s too bad that I just really don’t like this keemun base. I left it for a while and took a sip when it was cold, and the smokiness was even worse. I will try cold brewing it but I am afraid that this might be a tea that I just will have to swap away.

I find that lychee leans too delicate a flavor to really pair with a base like this, and tend to prefer it in oolongs and greens. While this still isn’t my favorite lychee tea, I was pleasantly surprised with how much I enjoyed this.

I was a little wary of the Keemun base paired with this, but I didn’t get any smoke flavor from it. And the flavor, too, was more balanced than the steeped aroma let on, and actually became more and more fruity as the tea cooled. The lychee flavor is very good. Juicy, sweet, floral, with just the right amount of fruity citrus. The aftertaste definitely leans on the floral side of things, though.

I’m glad I grabbed a couple of servings of this one. The black base is unobtrusive, and the Lychee flavor is natural and delicious. This would be wonderful iced!

Tea #37 from the Here’s Hoping TTB

I’ve only recently discovered lychee tea, in the last TTB I was apart of. While I enjoyed it, I didn’t care for this one. I’m not a fan of the Keemun base, the smokey flavor covers up them more delicate lychee flavor. I think I would prefer this much more with an oolong base, the floral notes seem to pair better together.

Another sipdown! (198)
(and that’s good bc I sorta grabbed 3 more samples today from a Farmer’s Market!)

But I’mstill under 200! Maybe I can hit 190 before the Silpocalypse returns…

Thanks Sil for this one! It’s an ok tea but I’m not really sure what lychee is supposed to taste like, but this is a decent black with fruit. And possibly some creaminess that I may or may not be imagining!

I feel a little conflicted when it comes to lychee. Do I really need lychee tea? Still undecided.

I’m with you Anna.

i love lychee as a fruit…but this one is gross. i prefer the de frutas.

Thank you Kat_Maria for being an awesome supplier of tasty, tasty Lupicia teas. Between you, Dustin, and jump62359, I have been able to explore so many teas from such an amazing company and I am really grateful to you all.

As for this tea, it is lychee, it is black tea, and really it is nothing special. The lychee flavor is present but sort of muted due to the strong presence of the base. I think if given the choice, I would prefer stocking Te De Frutas which has a nice lychee flavors as well as other fruity tastes to make the tea more complex and exciting (plus it is decaffeinated which is always good). Nonetheless, I am always happy to try something new and I really appreciate the chance to do so so thank you once again to Kat_Maria for the opportunity.

I was feeling very ambitious this evening so I not only made more than one evening tea I actually did some “almost” cooking! Hooray! So supper tonight is a Cheese/Pineapple Quesadilla and a cup of this, a cup of 52Tea’s Strawberry Marshmallow Treat Genmaicha, and a Vodka Pina Colada. Mmmm, yummy!

This sample comes from VariaTEA! And, it’s really, really good! The lychee is very juicy which was a pleasant surprise because I couldn’t really smell the lychee on the dry leaf at all. I thought it was going to be weak and flavourless. This is maybe a bit more floral than other lychee blacks I’ve experienced but the malty black base counterbalances it enough for that not to bother me.

Ultimately, I am glad it’s just a one cup sample though: it’s about as good as the RiverTea Lychee Black blend that I have stocked up so it would be redundant to have them both around. But yeah; this is awesome and people who like lychee should totally try it!

The sample came from Kat_Maria but I thought you would appreciate it so I wanted to share.

Well thanks to you both! :)

So this tea is another one from the Great Canadian Travelling Tea Box (pt.1) .
I had this lovely tea on two occasions, October 6th and March 3rd.

Dry Leaf: The tea leaves are black and have a sweet scent, which is fruity and sugary.
Steeped: The color of the water is a dark amber and has a sweet & musky-like smell. The tea itself has a full body with subtle sweetness. The taste is both good and harmonious.