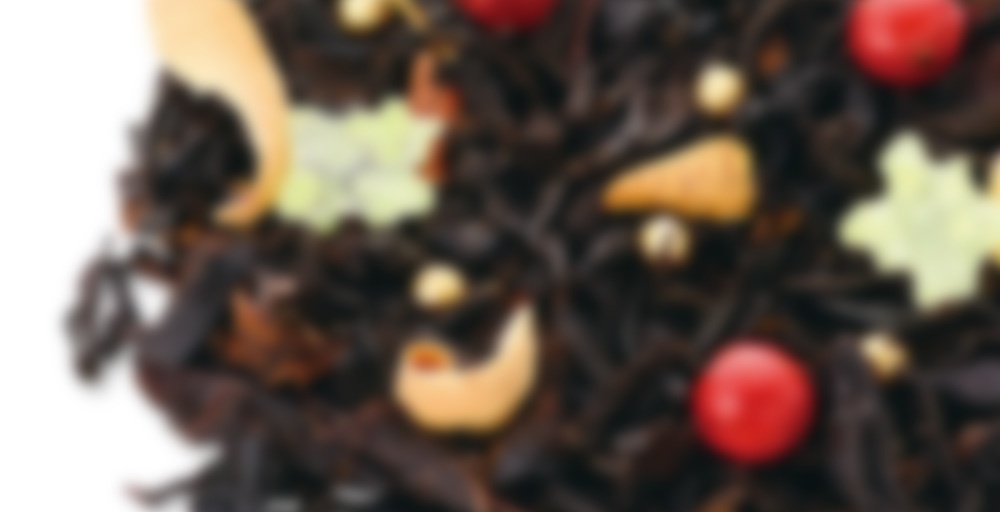 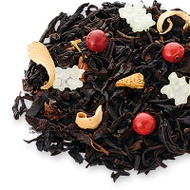 “CACHE-CACHE” means “hide-and-seek” in French. This is a tea where various flavors are hidden and found.

To me, this mysterious tea has mango and probably tropical fruits.
It’s really very mellow and sweet, just like having a kind of smoothie sirup with water.

The point is for my taste the tea base is really weak to welcome the flavours.This is the kind of tea I would let my daughter have without problem.Pleasant, sweet and not strong at all !

It may be a nice iced tea perhaps.

Thanks Devilish for sahring it with me :)

I haven’t tasted this tea myself yet! Sounds really mysterious… perhaps I should brew it for a longer time given the relatively weak tea base.

I found another sampling of this tea in my tea stash. It’s a very unique tea in that it seems like every time I try it, it tastes a little different. This time, I tasted notes of vanilla, banana and hints of spice. A smoothie sort of taste, but, imagine a smoothie with a few spices tossed in just for something a little different.

The aroma of this tea took me back to childhood. My father used to open up a can of “fruit cocktail” and carefully divide everything into 6 identical servings. He had to use a knife to break down the coveted cherries and the grapes into smaller pieces. After about an hour he would triumphantly serve 6 identical bowls up to 6 little maws.

The aroma of cache-cache reminds me of those canned fruit cocktail treats of the Dwight and Mamie era. Cache-cache is a very fruity black tea. It is the opposite of smoke and the opposite of vegetal. It led me on a petite Madeleine moment for which I am grateful. It manages to be both upscale and bargain basement in its affect. It seems like a confection from Rumplemeyer’s (off Central Park and a paradise for children) and, at the same time, something from one of those bashed-up tins that you see your co-workers donating to “Food for the Homeless”. I may be imposing an identity crisis that the tea does not deserve. I think that the tea is perfect for parents and grandparents to serve children at an exquisite tea-party. I also imagine that it will elicit and draw out memories of childhood. The name means “hide and seek” in French, another evocation of childhood.

Love the memory and the description. This one needs to go on my list.

What a sweet memory.

A heartwarming/heartwrenching description of a memory. Just beautiful!

Haven’t had any of this in awhile, and I only had two bags left, and I’ve been working on a three-day panettone project that I FINALLY stuck in the oven this morning. So a nice, delicate, orange-spiced-black tea really seemed like a good idea first thing in the morning! :D

I love how Lupicia has somehow managed to harness their scent of orange flower so that it isn’t cloying or overpowering in the least. Instead, it’s almost mildly intoxicating. You can see the pink peppercorns, but you can’t really smell them when you first open the package. That doesn’t come until later.

This is another one where Lupicia recommends boiling water for 3-5 minutes. No problem; 5 minutes it is. :)

The first taste is suggestive of more, and also suggestive that just a hint of sugar (maybe 1/2 teaspoon?) would stand it in excellent stead. And it does. (I love honey in tea, but I usually only break it out if I significantly want to alter the flavour of whatever I’m drinking, because it’s got such a distinct flavour of its own.)

Here’s where you smell the pink peppercorn, and slightly taste it as well. It’s not biting or sharp, but it adds a certain zing to that orange/black tea combo. This tea tastes like memories, and is a deep amber in colour that it reaches after about 4 minutes of brewing.

Meanwhile, the panettone is baking up beautifully and is almost done. The house smells heavenly right now. I can’t wait to try it. Happy Festivus, everyone! :D

This sounds lovely! Happy Festivus, indeed! Who won the Feats of Strength at your house?

My rabbit! I suspect he cheats. ;)

Couldn’t resist getting this because they don’t tell you what it is. Steeped as suggested 5oz water/3min. The bag weighs 3.22g so I’m expecting a nice strong cup. The smell increases my expectation of that. It looks like it’s black in base and smells heavily of orange and passionfruit or mango.

Yep. It’s a black. The liquor is a very dark translucent brown w/ reddish tints and the aroma is still very fruity.

The flavor is much like the aroma. A smooth, heavily fruity flavored black tea (although now much more passionfruity/mangoy than orangey). A little like unset jello.

Oooh, a mystery tea! How interesting. They should offer a prize for whoever guesses what is in it.

This tea didn’t work for me because there were too many flavours, all of which I didn’t seem to like so much. The tea was decent at first but a few sips later, the flavours tasted stranger. I believe I am not a fan of peppercorn as the sakurambo didn’t work out for my tastebuds either. I tried to sweeten it and still no luck. :(

Haha, that is too funny Cofftea. I do like a variety of flavours if they are pleasant ones. Strawberry and Vanilla was good but that is only 2! hmmm..oh, the chai’s have a bunch of flavours and those are heavenly.

This is what I imagine H&S’ Paris would be if Paris removed the vanilla and lemony bergamot. The tea base is unassuming at best and uninspiring at worst which to me means iced tea. Note that I bought this tea for its pretty Christmas tin, the one with the constellation-themed fish. (In my mind I know I bought a $2 sticker for the premium of a tin but Christmas is when I get stupid splurgy.)

Sipdown 39-2021
This smells quite peachy. There’s also a very mild peach flavor, followed by some other fruitiness that I can’t quite identify. More intense than the fruitiness, though, is an overwhelming woodiness that is borderline like pencil shavings. I’m not enjoying this one at all, especially compared to other Lupicia blends.

There was a single teabag of this tea in the Holiday TTB and I decided to keep it to try out at work, where I have a hot water pot, but find it challenging to brew loose leaf tea at my desk. I sampled it today and found it to be a huge step up from the grocer store bagged tea I usually end up drinking at work! This one had nice big, unbroken leaves visible through the sachet and smelled like some kind of baked fruit dessert. The flavor was good too: a nice smooth black tea base layered with flavors of honey and fruit. (Not really sure what kind of fruit…plums maybe? And apples? It’s definitely coming across as a baked fruit flavor to me, not fresh.) Not my favorite offering from Lupicia, but still quite yummy!