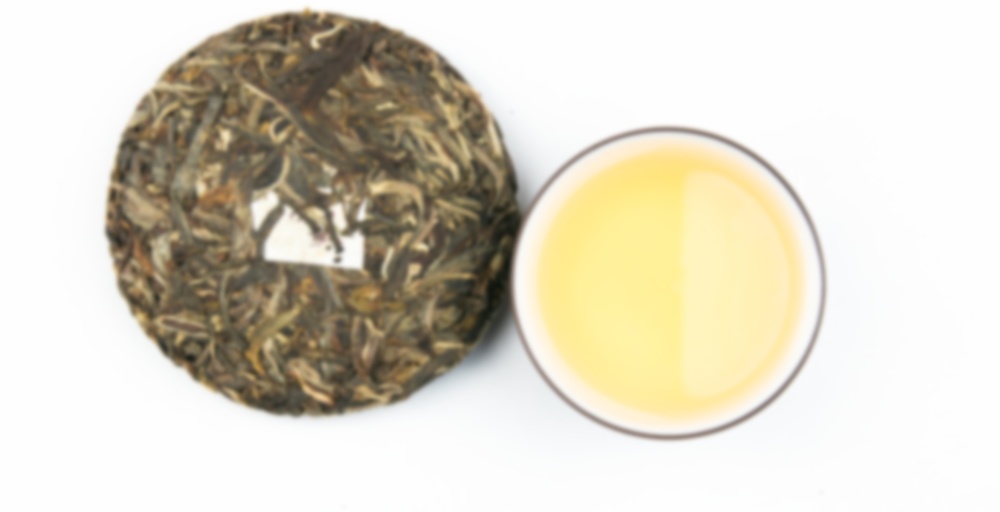 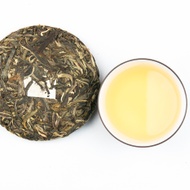 by Mandala Tea
88
You

From high atop Nan Mei Village, hails this Mandala Tea exclusive sheng pu’er cake. We were fortunate to visit this farm and walk among the 300-400 year old trees from which this leaf was picked! In China, this is called Gu Shu Cha or “Old Tree Tea”.

This is spring 2012 material, first flush – clean growing area, ZERO sprays, very high-altitude. There is a photo included that we took while we were hiking through the old trees being guided by the grower, Mr Wei!

As we prepare this, we are transported back to our time on that mountain, drinking in the crisp, clean air and drinking the freshly processed mao cha and sipping with old (and new) friends.

In the aroma of the tea liquor, we smell thick caramel and sugar cane while a gentle breeze blows in hints of a distant campfire where the sweetness of burning birchwood is evident. But this tea is far from what we would call smoky. Get out your aroma cups and check this one for yourself. In later infusions, we find wonderful floral notes lingering.

The flavor is full on the tongue, a butteriness present while the salivary glands are treated to a subtle cleansing. Slightly vegetal, (sweeter if you are using lower water temps – we use boiling), almost no grassiness. Later steepings bring out a High Mountain Taiwanese oolong quality to the flavor. We look forward to watching the years pass for this one.

We named this tea due to the effect we feel in our body/mind. This tea is definitely one to help remove stagnancy in the meridians and we feel it most in the heart energy. The cha qi (tea energy) courses through the body and creates a feeling of “calm vibrancy”, quite noticeable in the heart center.

The Queen of Hearts Tea

I have not been taking the time to sit quietly and resteep tea, focusing on the experience. Tonight I remedied that with a long and fruitful gong fu session with this tea. It looks like I am going to try it once a year until the cake is gone! I got out a knife but the cake is loosely compressed and I realized I could just break off a chunk with my hands rather easily. Yay! I plan to order a breaking tray from Garrett really soon.

For such a young sheng, this is very drinkable. My favorite steeps were the later ones, and I actually felt almost as if I were drinking warm wine. About five steeps in I heard my stomach start gurgling. Ah yes, the tea was working its magic! Puerh usually gives me the gurgles and it makes my tummy happy.

This was a fabulous way to end a nice day of shopping out of town with hubby, and technically, also a nice way to start Tuesday since technically it is after midnight now! This is tasting more like white wine with each steep and especially as the temperature is dropping.

I think I am on steep eleven and still going. There is a lot of flavor here. I will probably wait a year again to taste it and experience it!

I’ve been wanting to taste this one! :D

I just got mine in the mail today, I can’t wait to try it!

Oh, I can’t wait to hear what you think of it, Awkward Soul!

Thank you for the review!! I CANNOT wait to introduce everyone to the new pressings that are being done by me right now, either. This Heart of the Old Tree is really going to begin opening up in this next year and I’ll never forget the tea farm and tasting the mao cha there. More to come! Grateful to each of you, Garret

Yesterday I made some clever comment about this name reminding me of Ents and it never posted…then again, maybe it wasn’t so clever and it’s better that it didn’t :)

LOL! I love it! You know, someone posted a recipe online for the Ent Draught and I thought it really just needed to be a good, smooth sheng puerh!

I get around to steeping Heart of the Old Tree I’m now gonna think of drinking giant walking trees, LOL

I decided to take this one out today and give it a whirl, I guess I still wanted sheng but something a little less aggressive than the Repave and this certainly fits the bill. This morning I am getting some flowery and clover type notes, with only a hint of bitterness in the finish. I haven’t had this in a while and it seems to be aging nicely in my closet. ;)

If anything it reminds me a bit more of a white puerh than it did in the beginning. Very nice and pleasant overall. :)

Don’t know why but I didn’t like it much. Everybody loves it except me. Maybe I should revisit ;)

I feel that way about the Repave ;)

Final tea of the day, I reached in the sheng box, & this one came out!
The initial aroma of the warmed leaf was sweet & a little fruity. It brought nectarines to mind for me, although I can’t say that it actually smelled like nectarines.
I didn’t actually document my steepings on this, but I started with 4G, rinsed, & kept it short for awhile. The primary taste I’m getting is Grape peels, with a little bitterness, but as I said before, my allergies are horrendous right now, so I can’t really tell you if it is bitter or not, & my guess is that it is not. But it does have a bright grape/citrus edge to it. Otherwise, it’s smooth & a little sweet, kind of spring like, if that makes sense.
I’m several steeps in now, & picking up on a floral quality that reminds me of Lavender, kind of. And also apricot – kind of tangy!
This is from a sample that our awesome friend Garret sent to me awhile back. I have just enough for one more session, so I’m putting it in the official sipdown cannister, where I’m collecting teas for my upcoming Sipdown Extravaganza!.

Add on: The energy of this tea is very ‘open’, as in opening of the chakras & such. I can feel my energy field clearing, something I really need today. Gratitude. Breathing deep.

Day 2: Revisiting this yixing somemore today, after a quick rinse. It’s light & fruity & I love it.

still got great bite. good bass note in the cup. has an underlying darjeeling profile almost.

letting a few cups settle in at work. its starting to wake me up for sure.

Sweetness, bitterness then sweetness then bitterness. Switness always stronger that bitterness (in fact bitterness is just a cherry on the top, its hardly noticeable in between all of the floral notes). Apricotish. With beautifull golden up to light brown colour. Chilling and relaxing. Sitting in old chair and enjoying the breathtaking view. Sleeping. Dreaming of summer. Those are my expressions when drinking it. Very long peach and apricot aftertaste. Beautifull smell which reminds me blooming grass. Awesome.

This is my first experience with young sheng! How exciting!

The smell of the dry leaf was just incredible, honey and floral. After doing a short rinse, the smell of the leaf had changed, more noticeably smoky but still retaining that floral element. The first few infusions were light, grassy and very easy to drink with no bitterness. The later infusions were interesting, like wine or cider.

Overall, this tea was incredibly refreshing after a long day. After this really positive experience with young sheng, I can’t wait to try more.

This tea isn’t ‘White2Tea’ quality, but it is delicious. This tea taste like Passion flower, honeysuckle and bee pollen. My mother has a huge garden in her back yard and actually grows passion fruit and honeysuckle. I harvest the flowers to make herbal tea, and this sheng reminded me of what that combination of pollen-powered flowers tasted like.

This sheng really shines in the first 5-8 steeps, but afterwards turns green and a bit bitter. Although this doesn’t hold out on great flavor on later steeps, it’s really good for what it’s worth.

I like this much better than Mandala’s other sheng, and is one of my favorites by them. I’d reccomend – to the least – getting a sample of this one.

Really nice young sheng with fruity fragrances of peach and apricot and a little zip of drying bitterness. This has some endurance too. This is a delicate tea, flavor and aroma-wise, but packs a punch with its energy. This is my kind of puer.

I put like 4 steeps of this one into my travel cup thingie to take with me this morning, 4 steeps 10s, 10s, 15s, 15s all just poured together, it really damn good.
Yeah really damn good, this will make a good morning :)

I’m so happy you are enjoying this. I have incredible fond memories of buying this mao cha directly from the farmer right at his tea farm. It was wonderful. Thanks for writing up your thoughts! G

Another nice medium-bodied sheng from Mandala with a spicy, sweet, mildly tart, and slightly citrusy profile. The aromas were hard to place in the early steeps, centering around tart / savory / spicy notes that I could not isolate. In the later steeps these became fruity-sweet, then tart stonefruits, green apples, and lemons.

This sheng had an oily mouthfeel in a couple of early steeps, then became a rounded one in the mid-steeps. The spice note was not intense yet it was very present, if that makes any sense. In some steeps it was felt more than tasted, which contributed to a lively feeling in the mouth. I got a hint of pine sap in steep 4, but no smokey taste. When the sweetness made itself known it struck me as being similar to apples.

Not as energetic as yesterday’s 2014 Leaf Nei Fei, but still gave me a strong uplifting energy by the end of the 20th steep (which I did all in a single three and a half hour session … whew!). Mandala describes it as a feeling of “calm vibrancy”, which is pretty close to how I feel now.

Overall I really enjoyed this one, and will probably lay in a cake to age.