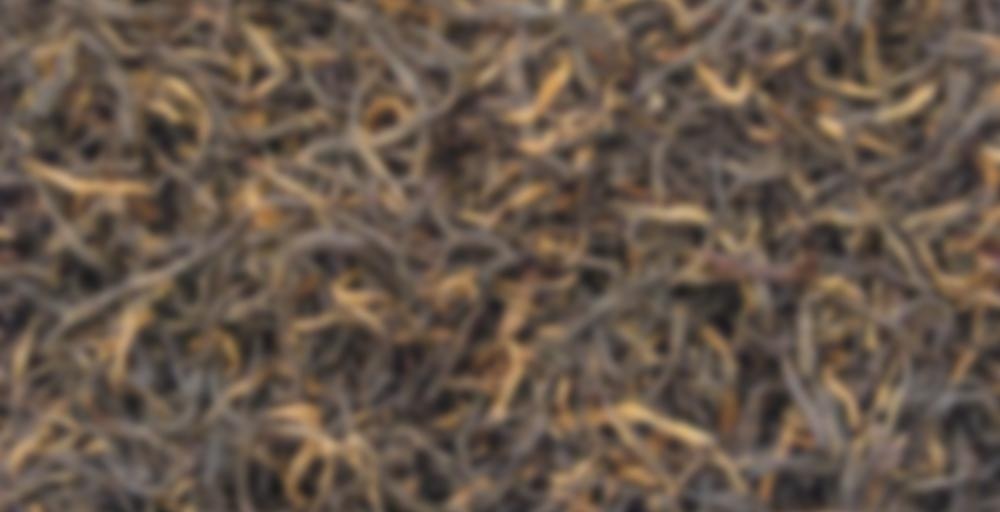 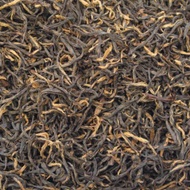 by Mandala Tea
86
You

Black tea is produced by fully oxidizing a tea leaf once it has been picked. It is a heartier tea and should be steeped with higher temperature water. You will likely enjoy doing only a few longer steepings, but black tea can be prepared Gong Fu style.

This was my morning tea…well whatever passes for my morning after staying up all night and getting a 3? hours nap. Still enjoying this one quite a bit but with all the varieties of black teas that i have from our travelling BBB Box, i’m not sure that this will be a restock. Not that it’s not delicious, but i’m not sure it falls in the top percentile :)

Sipdown, 116. This is a really nice Yunnan black tea. Sweet potatoes, honey, a bit of hay, but not too much earthiness, which always turns me off. A tasty tea for the morning.

I am jealous of your ever decreasing cupboard lol

Haha it’s about to go up a bit because I have some orders coming in. I have, for the most part, avoided swaps, though, which are dangerous, hahaha.

I have had Golden Needle on my “To Buy” list every time I have made a Mandala order and always ended up picking something else. I am regretting that now in a seriously bad way. It was included as a sample in my last Mandala order and it is one of those “I could die happy while drinking this” type of tea.

Dry the tea kind of smelled fruity. Like apricots. But brewed the flavor profile was completely different. It was malty and chocolaty in the most amazing way. The sip starts out with a malty smooth flavor but kicks in with a bit of bite but smooths out into a chocolaty finish. It kind of reminds me a little bit of Laoshan Black but I think I prefer this one. It has a bit more kick to it. It will be a part of my next order and if it’s not, please remind me what an idiot I am.

I shall remind you, dear friend :)

Yeah, you’ll have to remind me too! This sounds tasty!

I have so little to compare this with, mostly being a green/oolong girl. But a guest coming in a couple weeks drinks copious amounts of black tea, so naturally I had to investigate as many as I can. And I’ve started here. Should I just stop now? My goal is to serve my guest something she’ll independently notice and ask about and want to make at home, and this would have to accomplish that – it’s just delicious! I guess I don’t really have a new take on it, since the popular ’sweet, chocolatey, malty" descriptions are dead on, except to say that compared with your standard legacy blend this is much more gentle and complex in all the ways I love about oolong.

Such a beautiful tea. Brews up a nice dark orange with lots of complexity and malty goodness. Had a nice gong fu session with this tea this morning, and can’t get that wonderfully distinctive Yunnan flavor out of my head. Hearty goodness through multiple brews.

One of my very favorite hong cha! Perfect for gong fu cha. I am so happy that you are diggin’ this one, my friend!!!

It brews up a lovely clear reddish gold. The body is light to medium, and it’s incredibly smooth. It opens with notes of honey and hay. Almost floral, but not quite there. By the end of each sip it’s transformed into a silky, pudding-like concoction of chocolate, malt, and fresh bread. Very distinctly a Yunnan tea. It has its own natural sweetness, with zero astringency. (And pudding mouth! Woah.)

The second steep brings out notes of sweet potato. The initial flavors are brighter, more “brassy” and almost citrusy. It’s still followed quickly by malt, bread, and a touch of cocoa. Less chocolate here. Hardly any at all. The malt is still strong—pudding mouth, again. I prefer to drink it after it’s cooled. The nearly citrus flavors fade and it’s liquid malt-honey-bread.

Third steep was much the same as the second. (Perhaps a little less malt, more honey.)

It’s certainly a lovely tea. Not one I think I’ll be craving often as I tend to like darker, heavier, chocolatey black teas lately.

“…I tend to like darker, heavier, chocolatey black teas…” +1

Which ones are your favorites?

Thank you for the trade a while back, TeaTiff! Only a couple left to try from that swap months ago. (Only?! Sheesh.) The leaves here looked exactly like the flavor I was looking for today. Something like a chocolate malty Pearl. They look like the leaves used to make pearls – wiry black with hints of gold. I used two teaspoons of leaves. The flavor is honey, malt, dried grass, tiny hint of chocolate. The flavor here wasn’t quite as pure chocolate as I was looking for, but it’s still a very nice cup. The aroma is amazing. And the resteep was just as good. The leaves looked kind of spent after the first cup (like they might taste oversteeped and oaky… not so!) I kind of expected a brisker tea, but I’m just glad two teaspoons wasn’t too much. This tea is lovely but I’ve had a couple better types like this in the past.
Steep #1 // 2 tsps. // 10 min after boiling // 2 min
Steep #2 // just boiled // 3-4 min

First steeping: 4 minutes 30 seconds at 205 degrees. Freshly steeped the aroma is a fusion of hay, malt, sweet potatoes and cocoa. The liquor is a lovely dark amber and the flavor is smooth and malty with undertones of cocoa and the slightest aftertaste of hay. As the cup cools the taste remains strong with no changes in the flavor profile.

Second steeping: 5 minutes at 205 degrees. The second brewing was very much like the first, though not quite as rich.

I received this as a free sample in my order. Thank you Mandala, I enjoyed this quite a bit!

This is a free sample with my recent order. Thank you Garret!
This time i decided to brew western style.
1tsp 8oz 205F 2 min
This tea is exceptional. Sweet, full of flavor. i didnt detect much earthiness. I had it plain but it tasted like i added some maple syrup. You dont need to sweeten this tea for sure. At the end of the sip its kind of spicy cool mint.
I still have some left to make it gong fu style . I may change my rating, I still believe western style doesn’t do a justice to this tea

Why did I not order some of this? Me thinks there is another Mandala order in my near future.

NYC tea festival – I am so jealous. I don’t think anyone else here drinks tea. Definitely nothing as fun as a tea festival. Have fun and don’t let your hubby get a hold of your “babies”. I can relate, I’m attached to some of my teas too. :))

Thank you. I’ll take pics if they allow and post them here

Couldn’t resist the Mandala sale, and as always the customer care was top notch—got samples and a wonderful, surprisingly long note from Garret tucked in with my tea!

It’s no secret I love Golden Needle. Golden Monkey seems more popular in general here, but for me it’s the needle all the way (ehrm, that came out wrong). I like the way it tends to balance sweetness with a thicker body, and this is a prime example of that—the body on this is exquisite, nearly brothy. I love it. I’ve still got Shang’s in my stash to try (and can’t wait!), but it’s so great to know I’ve got a really good version of one of my favorite tea types on hand. Yay.

Been drinking my fancy straight teas in the evening while acting full on old lady, yeesh—I’m growing my hair out which has lead me down the well worn internet rabbit hole that is the Long Hair Community and next thing I know I’m on the couch drinking tea with cats on me while perusing video tutorials on bunning hair and looking up old fashioned dressing tables, all while Golden Girls serves as background noise. I’ve even had a recent resurgent interest in trashy historical romance novels of all things (trying to find someone I can stomach like Lisa Kleypas). Next I am going to wind up doilying the house if I don’t check myself, ee.

Haha, but I SO want you to do the doilies! So underrated! So fancy!

in lieu of doilies Anna, i think i want some old fashioned hollywood-y nightgowns. i think a pod person has come and stolen me in the night, don’t recognize myself.

You would pull one of those off! Seriously! I mean, uh. You know what I mean. (But feel free to post pictures either way, hurr hurr.)

you are the funniest, Miss!

Oh, man – nothing is worse than being confronted by really bad jokes you forgot you made days after the fact. If anyone needs me, I’ll be under the couch.