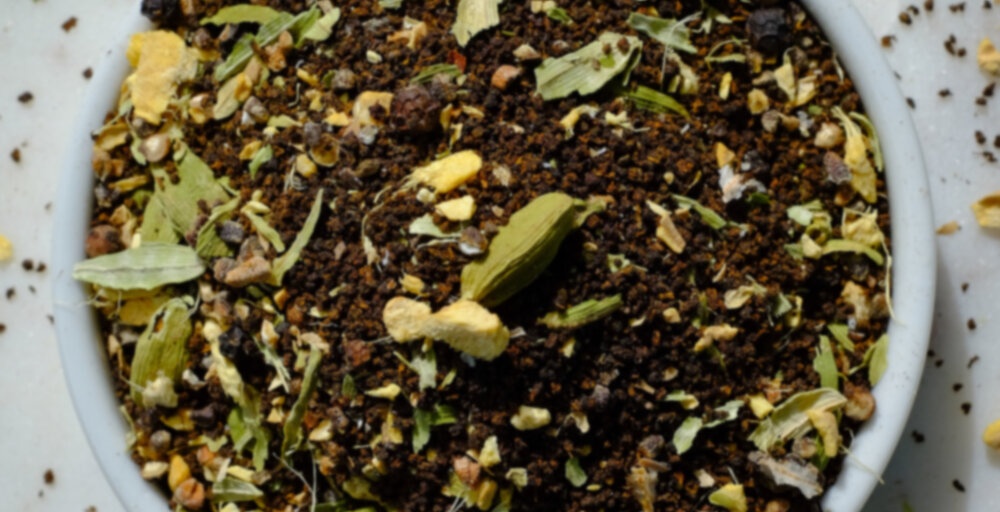 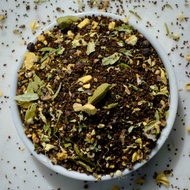 Chai Me At Home

From One Stripe Chai Co.

The Chai Me At Home blend is our take on masala chai that’s typically brewed in South Asian homes locally and abroad. Our co-founder, Farah, grew up in a home where chai was brewed twice a day, every Friday evening after mosque, and every.single.time she visited a family members home! This blend is based on her mom’s masala chai, with lots of strong black tea blended with cardamom, ginger, and black pepper.

Chai is a personal drink and can be different from home to home and person to person! Some people boil their water first and then add milk. Some people brew for a few minutes, while some will simmer for 10 minutes or longer! Our recipe is meant to be simple – combining a little bit of everything at once and brewing for a longer period of time, making sure all the flavors combine perfectly for a strong cup of masala chai. Feel free to stray and find what’s best for you!

As always, our black tea is directly-sourced from a small organic and biodynamic farm in Assam, India.

You Had Me At Pekoe

You had me at Rose

Pick Me Up Chai

From my December Sips by box!

This is the second masala chai that I’ve gotten from Sips by. I checked my preferences and, sure enough, I marked chai as “Love” for some reason… Don’t get me wrong, I do like masala chai, but I wouldn’t say I love it. So now that’s fixed!

I prepared this on the stovetop according to the package directions – 1/2 cup each of water and milk with two teaspoons of tea, brought to a boil and then boiled for 5-8 minutes. I actually doubled the recipe because a cup didn’t seem like enough for the amount of effort. I also added some vanilla syrup as my sweetener.

It’s pretty good. The cardamom is the strongest note for me, and it melds fairly seamlessly with the black pepper. I’m having a hard time separating out the ginger from the mix, as the three spices blend together very well. I do miss cinnamon, as it’s probably my favorite spice in tea. I get a bit of malt and cereal flavor from the CTC base, though it’s fairly drowned out by the strong spices.

Overall, I like it, but I wish there was some cinnamon here. But that’s obviously more of a personal preference.

ETA: The black pepper built up a bit too much as I continued to sip on this…

It’s probably made from this tea!

I’ll have to look for this one next time I go. The concentrate also has jaggery in it and some other things as well but this is probably the base.

Received this in my SipsBy box (I just subscribed), and immediately brewed it up on the stove in an oat milk/water blend. A nice, cozy chai sounded so nice. Unfortunately, I’m not a fan of this at all. The lack of cinnamon really makes a difference- there’s just nothing to tie together the ginger and really spicy black peppercorn. I can’t taste any cardamom. I actually used caramel sauce to sweeten this, and it’s still just way too peppery.

Uh oh, I got this one this month too…

Oh no! Hopefully you have better luck with it than me. I’m interested to hear your thoughts.