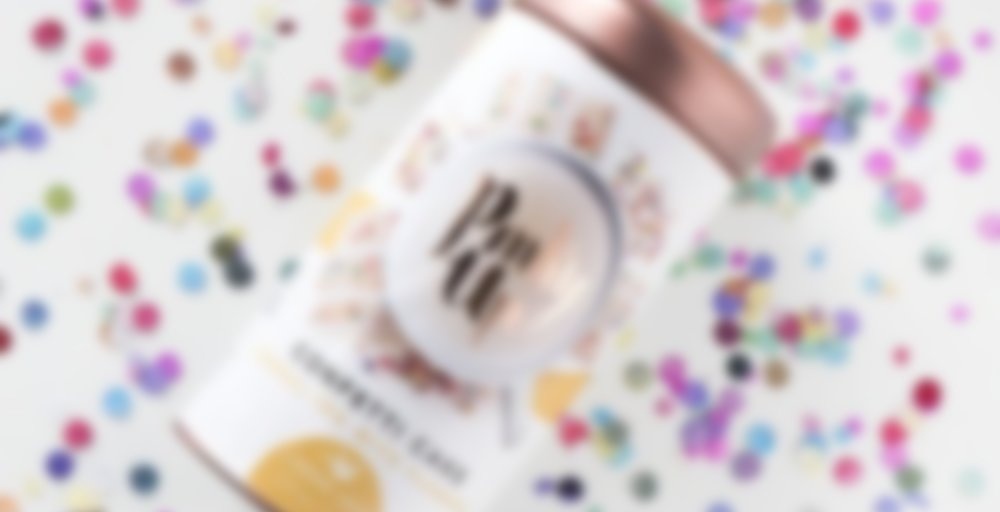 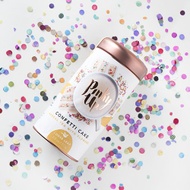 Remember confetti cake from childhood birthdays? Good news – it’s back! Enjoy the same rich, vanilla goodness without the calories or busting out a baking pan. Our tea is a delicious slice of cake in a cup.
Naturally calorie free
25 servings per tin
Serving size is 8 fl oz
Steep for 3-5 minutes

About Pinky Up View company

Thank you VariaTEA for the tea care package!! As always, you sent a bunch of really interesting sounding teas that I cannot wait to explore!

So, I’m just now realizing that this “Confetti Cake” blend is supposed to be more of a white sponge cake with confetti sprinkles type deal (like the Betty Crocker boxed cake mix) and not the “Confetti Square” profile that I had in my head when I was drinking it – more peanut butter-y with multi coloured marshmallows. So, with that realization in mind I think this is a lot better than what I was initially feeling about it – completely and utterly not like a Confetti Square at all.

That said – it’s still definitely not GOOD. I mean, it’s basically just sweet chamomile! I taste nothing else remotely cake like in terms of flavour – only the unpleasant taste of chamomile. It didn’t even have anything visual in the tea leaf to indicate those confetti sprinkles that would normally be associated with confetti cake. So, definitely a miss for me overall.

Thank you for sharing though VariaTEA – I always like exploring new to me teas!

This was originally shared by Cameron B (thank you!) and I felt the same you did about it. I hoped you’d have better luck but if you didnt, it was still one of the very few things I had in my cupboard that you had not already tried.

Thank you Cameron B for sharing but I just cant get past the chamomile with this one. Chamomile and stevia. Not for me.

Well… This definitely isn’t cake-like. It mostly just tastes of chamomile (which I do like) with sweetener and perhaps a little bit of vanilla and cream. At least the sweetener isn’t overpowering. They also don’t list sweetener in the ingredients, maybe it’s just from the candied pineapple?

No cake, just chamomile. But I like chamomile, so I’ll have no issue drinking it. ❤

They should have added marshmallow leaf like that Birthday Cake tea Butiki used to make.

If nothing else, at least this has inspired me to reorder an apple cinnamon chamomile tea that I previously enjoyed.