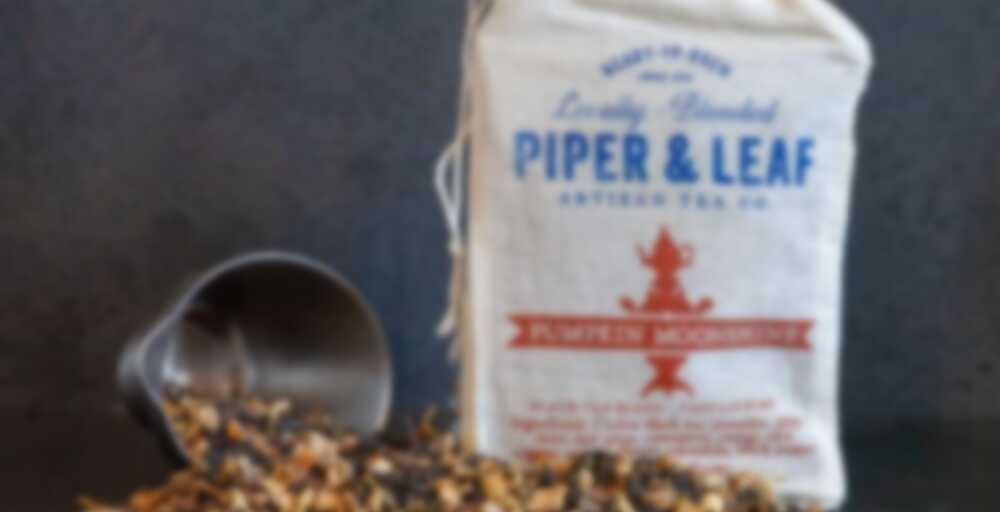 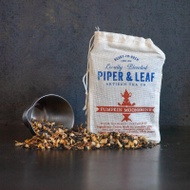 I grabbed this chai sampler I still had in my stash, which I should be able to sipdown relatively quickly over today and tomorrow as there was just enough tea inside for two double-sized cups (perfect for the work thermos). It includes the typical pumpkin spice ingredients (including the titular ginger for today!) as well as pumpkin and vanilla on a black base.

The dry leaf aroma of this pumpkin spice chai is mostly vanilla, which gives the spices a very “sweet spice” smell. The aroma isn’t as potent on the brewed cup; I’m getting a bit of the vanilla note and sweet cinnamon, but it seems much more subdued on the nose against the breadiness of the black base, and now there is a distinct spice aroma wafting into my nostrils: clove.

Mmm. This is a tasty chai, and reminds me of Tea Chai Te’s “Pumpkin Spice Chai,” though I do think I prefer that one a bit more. If that one suddenly disappeared, I think I’d be happy with this as a sub, though. The black tea mixed with the sweetness of the vanilla and cinnamon tastes like a warm cinnamon bread, and there is a warmth left at the back of my throat of ginger and clove. The clove, in particular, leaves a lasting aftertaste on my tongue. The flavor is smooth enough to drink sans milk, and the spices, while warming, are not burny/uncomfortable on my spice-sensitive tongue.

I am not one of those people that thinks that “pumpkin spice” (a spice blend) should “taste like pumpkin” (though I do love the flavor of pumpkin). I find pumpkin is one of those flavors I rarely, if ever, taste in tea regardless, and adding pumpkin pieces rather than some syrupy sweet “pumpkin pie” flavoring usually doesn’t do it for me. This doesn’t taste like that particular flavoring (and I’ve had run ins of both good and bad regarding that flavoring over the years, so I’m not very particular about it being present).

I find this a solid vanilla-forward chai, much sweeter than a typical masala-type blend. I would not recommend it to those particular about pumpkin spice “tasting like pumpkin” or those that are clove-sensitive.